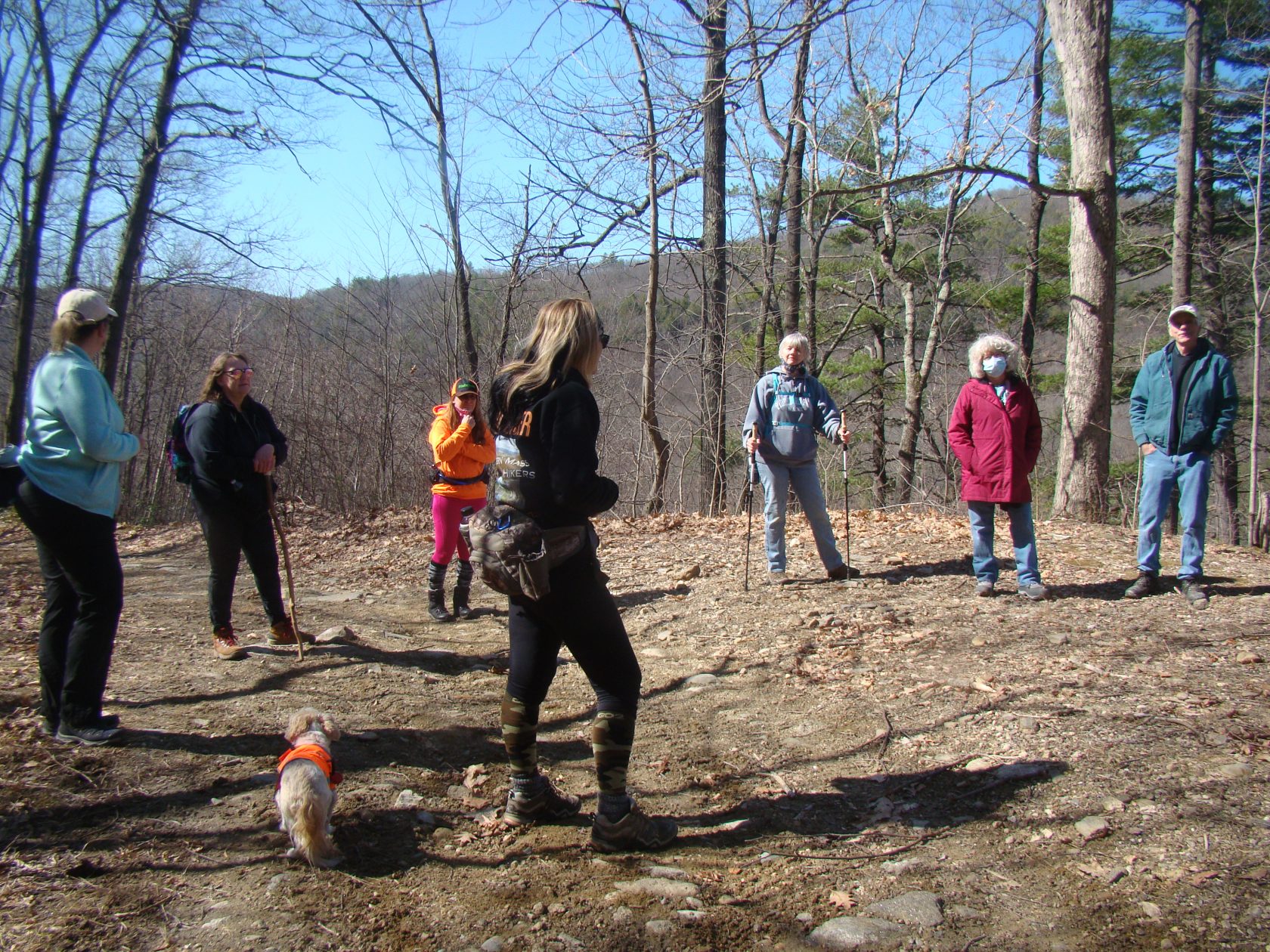 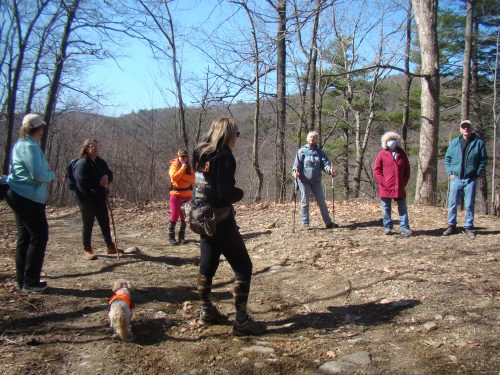 Liz Massa of the Western Mass Hilltown Hikers relates some of the history of the Old Pochassic Road during the group hike. (AMY PORTER/THE WESTFIELD NEWS)

The group hiked on Old Pochassic Road in the Woronoco section of Russell.

The hikers passed a Bald Eagle’s nest, and looking up saw one of the pair soaring high above the Westfield River. The group also passed remains of an old stone cellar and barn.

Also along the road is a memorial to John Murphy, deputy chief of the Russell Fire Department, who succumbed after fighting a fire on the mountain for four hours in 1999. 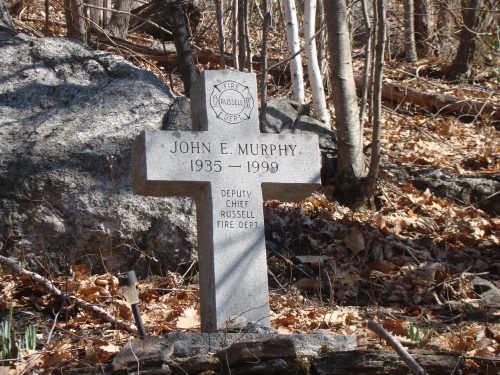 The hike, 3-plus miles of rocky but fairly flat terrain, looped around at Shatterack waterfall number 1, before returning to its start.

Western Mass Hilltown Hikers was formed in 2015 by three friends, Liz Massa, Karen McTaggart and Rachel Lewis, who hiked, discovered and explored the Western Massachusetts region known as the Hilltowns.

Friends and family started joining them on these adventures, and then friends of friends, photos and maps were posted on social media, and more and more people became interested in joining them, so they went public. 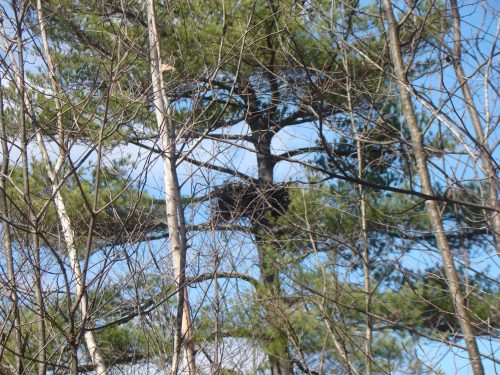 The Western Mass Hilltown Hikers incorporated as a non-profit in 2019, and now partners in activities with the DCR, The Trustees, Hilltown Land Trust, Appalachian Mountain Club, Friends of the Keystone Arches, Berkshire Natural Resources, Westfield Wild and Scenic and more. They also helped to form the Hilltown Outdoor Stewardship Alliance HOSA to collaborate with other outdoor organizations to volunteer trail work and protect our natural resources.

Trail maps are available for many of their favorite hikes at www.westernmasshilltownhikers.com. Photos and upcoming group hikes may be found on their Facebook page of the same name or at #hikethehilltowns.

“If you missed this one, look out for the next in April as we get back to our regular schedule,” said Massa.