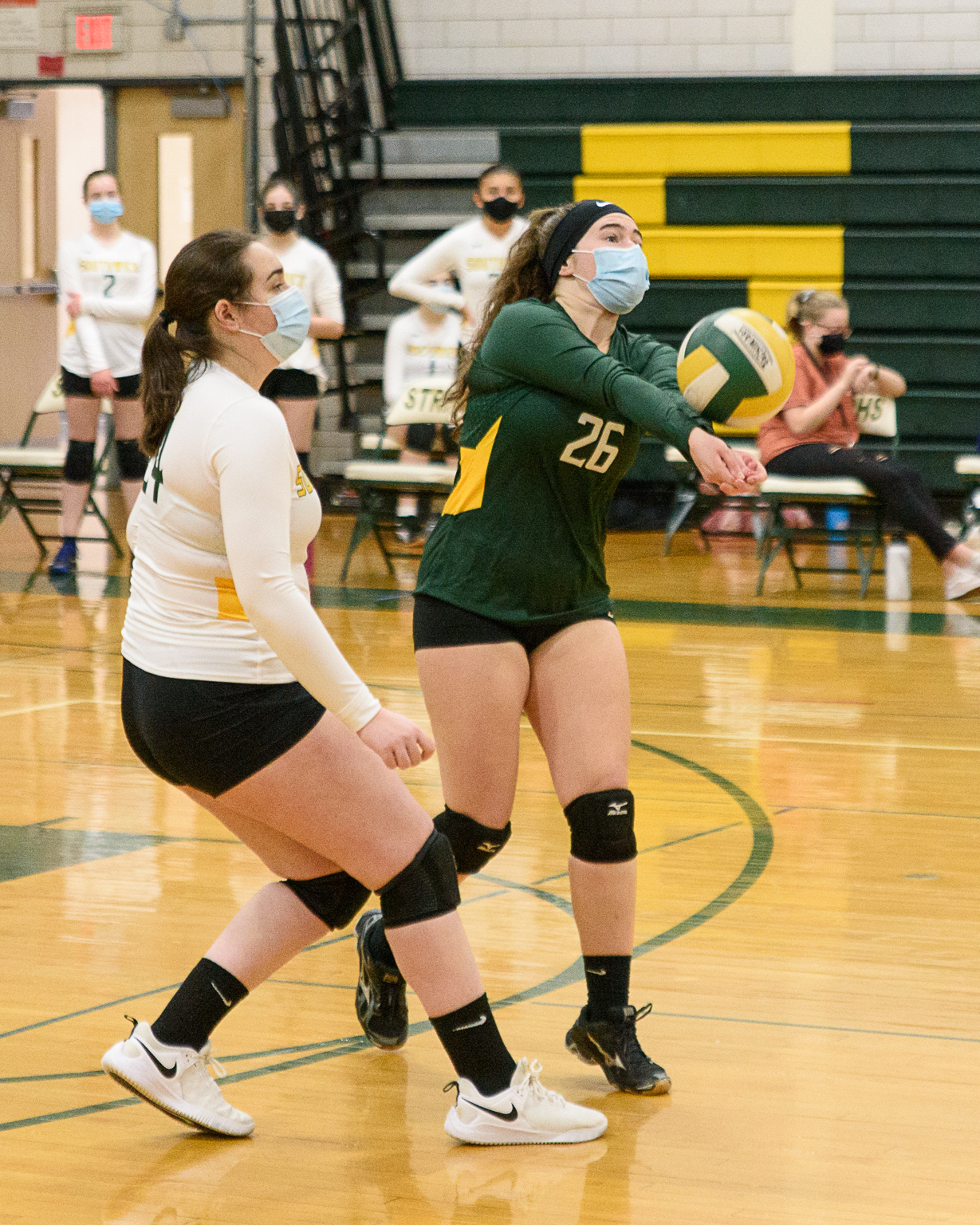 The host Rams prevailed in the opener that was highlighted by five lead changes. 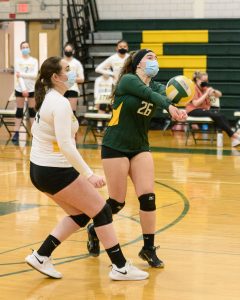 The second set was all Rams.

Southwick scored on the opening rally and never looked back, winning the set 25-10.  The Rams never trailed in the second frame, which included three aces each from Alexandra Methe and Gillian Bourque. Lina Carr also contributed an ace.

The limited Southwick fans were treated to a thrilling third set.

Both teams traded points until Southwick took the lead 3-2. With the help of aces by Methe and Sarah Cerone, the Rams held the lead until the Tigers tied the game at 17-17.

Both teams exhibited great play in the set. South Hadley overtook South Hadley 19-18 and held a slim lead to the point of needing only one point to win at 24-20.  The Rams mounted a comeback and tied the score at 24.

Southwick went into the fourth set determined to close out South Hadley, but the Tigers had other plans. They scored the first 4 points to take a quick lead.

Southwick responded with four points of their own to tie the set 4-4. South Hadley went on a 9-1 run to open a 13-5 lead with the help of three aces. The Rams went on a 6-1 run of their own to close the gap at 14-11.  The Tigers securely held the lead the rest of the way to win the set 25-19, forcing a winner-take-all fifth set.

The visiting Tigers took the lead early in the final frame and never looked back, winning 15-9, and taking the match 3-2.