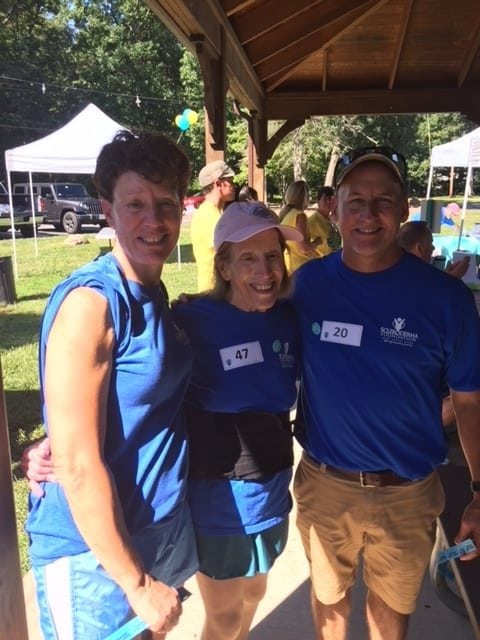 WESTFIELD-More than 100 walkers descended on Stanley Park on Sept. 16 to support the ninth annual Westfield Stepping Out to Cure Scleroderma Walk, according to organizers. 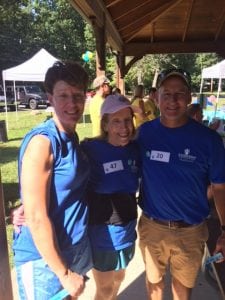 Close to $9,000 was raised on Sept. 16 during the ninth annual Westfield Stepping Out to Cure Scleroderma Walk at Stanley Park, according to organizers Gina and Tom Broderick of Westfield, seen with Nina Santucci-Pozgar, center. (Submitted photo)

The local walk was initiated by Shannon Broderick nine years ago, when she was a senior at Westfield High School.

“For me, it was about bringing attention to a disease that many people may have never even heard of,” said Broderick, adding her aunt Nina Santucci-Pozgar had been diagnosed with the disease and she wanted to help raise funds to find the cause and cure.

Scleroderma is a chronic, often progressive, autoimmune disease in which the body’s immune system attacks its own tissues.

“We had 106 walkers which is the most we have had in nine years,” said Santucci-Pozgar, adding, “Shannon did another amazing job organizing along with her parents, Gina and Tom Broderick.”

Santucci-Pozgar noted her “core support group” has always been her family.

“Gina and Tom did an incredible job of doing the heavy lifting right up until the end of the walk,” said Santucci-Pozgar, adding, “Tom is an incredible man who is always been by my side throughout this illness, offering his support and unconditional love. I don’t know what we would do at the walk without his help.”