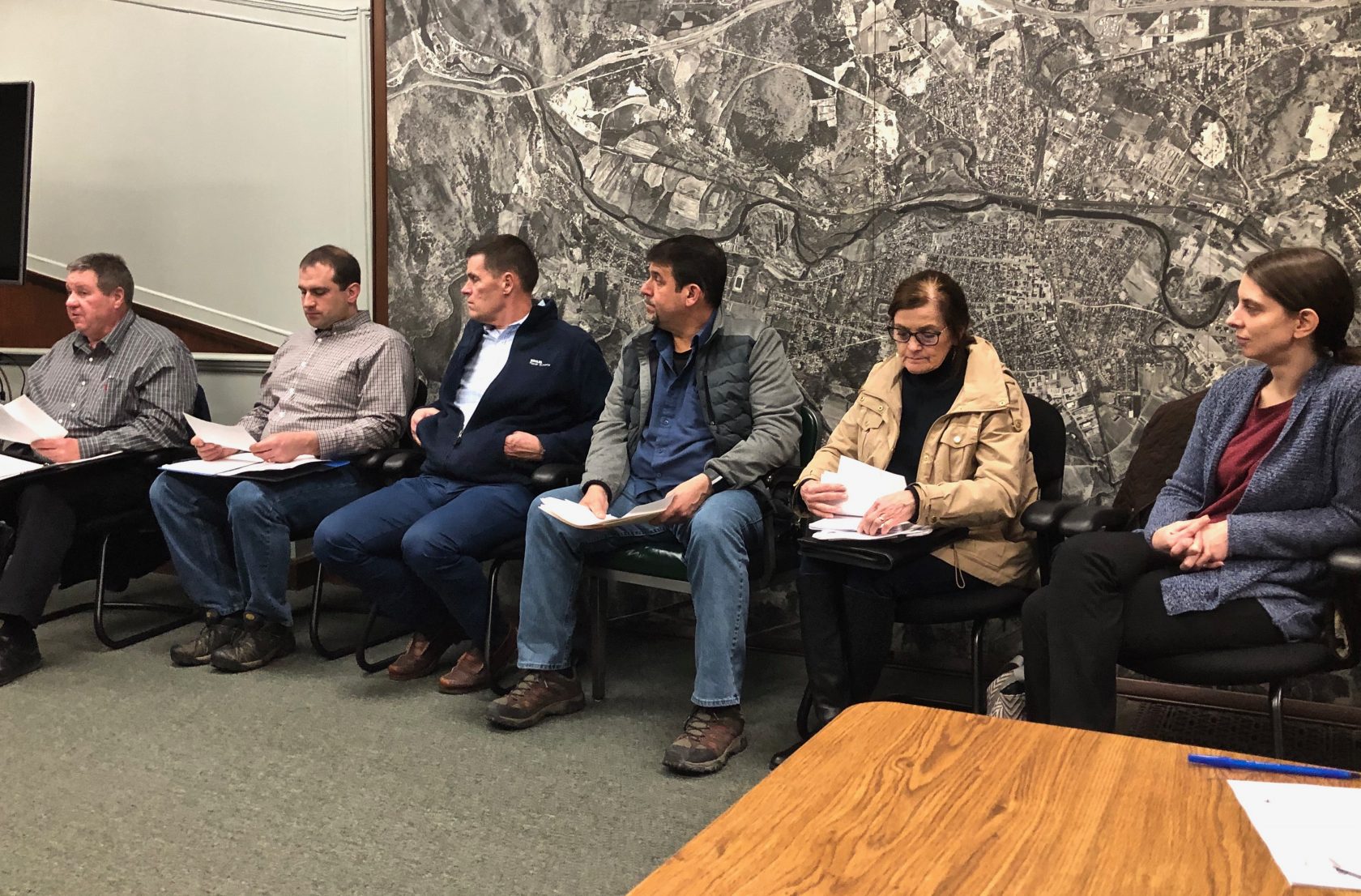 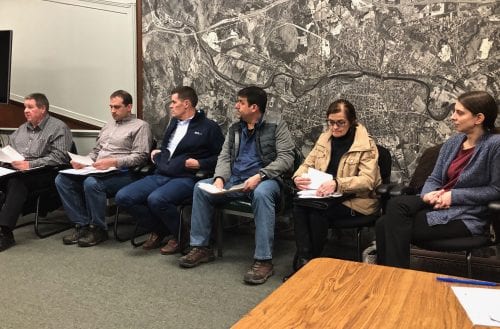 WESTFIELD – Department heads from Public Works March 3 requested appropriations from undesignated funds to address longstanding issues in their departments during the Finance subcommittee meeting
The Wastewater Treatment request of $510,000 from the current undesignated balance of $645,385 includes $100,000 for a feasibility study on a new HVAC system for the Neck Road plant.
Public Works Director David Billips said the state Board of Health has told the city to get a new HVAC system or “get out of the building.”
“The building wasn’t addressed at all for human occupancy standards,” Billips said. He said the feasibility study will determine whether the building can be safely retrofitted, or whether to house offices in a separate building. He said the cost of construction could be around $2 million.
Jeffrey Gamelli, deputy superintendent of Water Pollution Control Division, said it depends on whether the retrofit will cost as much as building a new building. He said currently there is a lack of fresh air supply in the building; exhaust fans are blowing all the air out of the space which is creating issues, and the odor control scrubber project is bringing in odorous air. Gamelli said the hybrid building was erected in 1972.
Billips said all the controls in the building are going before their lifespan, including computers and SKADA controls. Another $30,000 transfer being requested is for SKADA upgrades. “One failed due to the corrosive environment,” Billips said.
“We have 10 full-time employees. What’s it doing to us for a long period of time?” Gamelli asked.
Billips said the department has contracts with engineering firms that will be performing the design work.
Water Department Deputy Superintendent Steve Fernandes and Systems Engineer Heather Stayton requested an appropriation of $768,700 from the Water Division accounts, which would leave a balance of $844,245.
The department’s requests include survey and recording fees for property the city is looking to purchase adjacent to Wells 3 and 4. Stanton said they are seeking to get reimbursement for up to half the cost, based on the property appraisal, from a sourcewater protection grant.
When asked how much protection the property would provide, Stanton said the city already owns Zone One around the wells. “This is Zone Two. We can’t purchase all of Zone Two, but this would give us as much protection as we can acquire,” Stayton said.
Billips said the owner approached the city and is looking to sell portions of two lots, totaling 25 acres.
Also included in the request to Finance was the demolition of two barns and a caretaker’s house on the Jensen farm near the Granville Reservoir, property owned by the city.
Fernandes said the caretaker’s house is being vandalized, and it is only a matter of time “before it goes up in smoke.” He said the house is currently boarded up.
The city is also planning to flush the entire water system, as a result of a sanitary survey from the Department of Environmental Protection. “We haven’t done it in a while due to the water ban,” Fernandes said.
“This goes back prior to PFAS issues, to spillway repairs out of the Granville reservoir,” Stayton said.
The requests were recommended by the Finance subcommittee to the full City Council at its March 5 meeting.