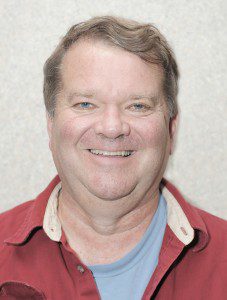 SOUTHWICK – Following interviews with three candidates for an open seat on the Southwick Planning Board, current Associate Member Terrence “TJ” Welch was appointed a full member of the board.
The planning board and Southwick Board of Selectmen met in a joint session this week to interview three applicants – former planner Marcus Phelps, Michael Doherty, a lawyer and former member of another town’s zoning board of appeals, and David Sutton, a local business owner who is a past member of the Southwick Cable Advisory Committee.
After the interviews, Planning Board Chairman Douglas Moglin suggested that Welch be offered the position and one of the applicants could serve as the new associate.
“It’s a great opportunity for someone with less experience to gain knowledge of the planning board bylaws and learn,” Moglin said.
Welch was the associate member for two years. A full member position opened up when former member Joseph Deedy was elected to the board of selectmen.
Both Moglin and Planning Board Vice Chairperson Roz Terry served as associate members before running for elected positions as full board members.
“Having served three years as an associate, it was a good experience,” said Moglin. “It made me a better planning board member.”
Terry agreed and said the associate position has a lot of “value.” She also asked that the candidates not selected to the board consider taking another position in town.
“I hope you all have an open mind and are not discouraged,” she said.
After the vote, the three applicants were asked if they were interested in the associate position and Phelps bowed out of the race, saying that as the town planner he was in a non-voting position and he wanted to be able to vote on items before the board. An associate member is not a voting member unless a full member is not available and a specific number of votes are required for a measure.
Sutton was nominated and appointed unanimously as the associate and the board members all encouraged Doherty to consider applying for another vacant position on another board. Welch will serve until the election next spring.