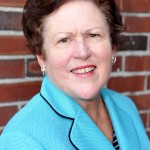 WESTFIELD – Jane Wensley wants to be a positive member of the Westfield Gas and Electric Commission (WGEC) and hopes enough residents will vote for her this Tuesday to earn her the ward three seat.
“I would like to serve the city,” Wensley said. “It’s a great community and I would like to help.”
Although Wensley has not served the city government before, she has considered running for committees in the past but as a mother of two, a teacher, and a business owner, she did not have the time until now.
“I am 63 and retired and I have the time to devote to the commission,” she said.
Wensley said she was encouraged to run for school committee by a former superintendent, but that was when her children were in school and she was busy with PTAs and raising her kids.
Wensley said, “I don’t have any political agenda, I just want to see if I can help run an important utility that I’m really proud to have in town.”
Wensley, who lives on Lathrop Avenue, is married with two adult children and two grandchildren. A native of Alabama, she and her husband met in Vermont, married and settled in Westfield 38 years ago.
“We actually found our house in an ad in the Pennysaver,” said Wensley.
Wensley and her family made Westfield their home.
“It is a lovely place to raise a family,” she said. “And one of the city’s assets is its gas and electric company,” said Wensley.
Wensley is a graduate of the University of Alabama with a double major in math and science. She made teaching her first career and later owned the Golden Phoenix Christmas and gift shop in South Hadley. She enjoys gardening, golf, music, good food and her grandchildren.