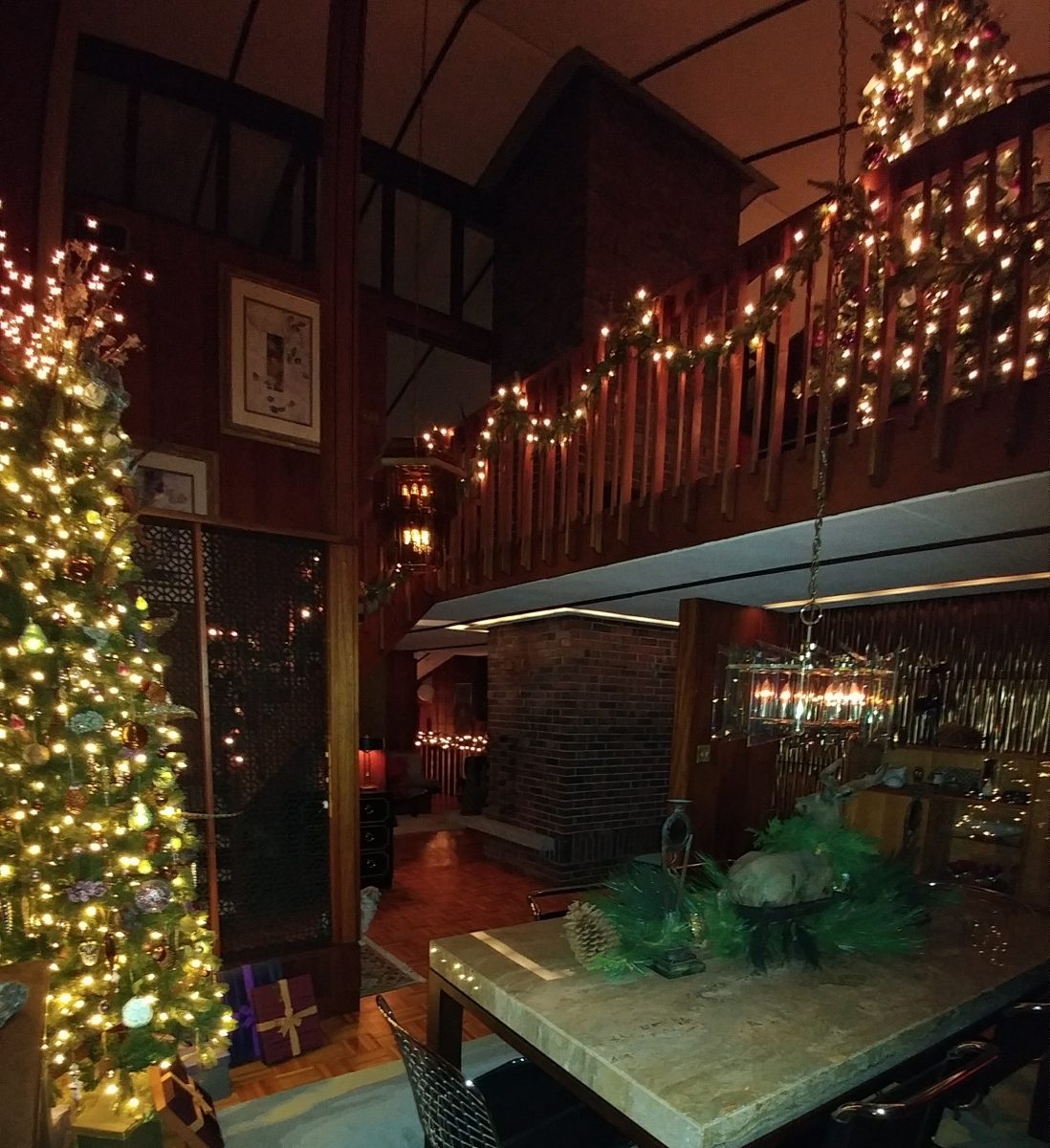 WESTFIELD-’Tis the season for decorating one’s home – and what better way to gather ideas then to attend the Dec. 3 Dickens of a Day Historic House Tour, one of several Westfield Dickens Days events planned across the city this holiday season.
“I really believe this is the best tour ever,” said Tania Vancini representing Westfield on Weekends (WOW), who is chairing the event. Vancini is being assisted by volunteers Bob Plasse, Carol Saltus, Lori Price, Betty Faulhaber, Andrea York and Ed Orgill.
“The house tour is an event people are always asking about,” said Vancini, adding that eight homes will be featured this weekend. Seven of the homes on the tour are in the city and one is in North Granby, Conn. 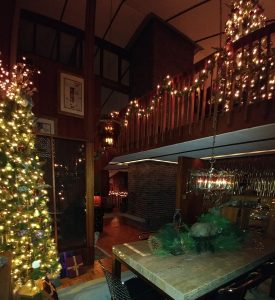 A view from the dining room up to the living room in the home of Philip Caolo and Alex Preston. The home will be among those featured during the Dickens of a Day Historic House Tour on Dec. 3. (Submitted photo)

“We will conduct a raffle at the North Granby home for a 60” flat screen television,”said Vancini, acknowledging the donation from Curry Honda of Chicopee.
One of the homes on the tour is in Ridgecrest, owned by Philip Caolo and Alex Preston.
“We feel honored to be asked to be a part of this tour which will help raise funds for the arts,” said Caolo.
Their holiday theme is “Old Hollywood Glam,” featuring memorabilia from their many trips to Hollywood and Palm Springs over the years. Their 1965 split-level ranch was designed by architect Leon Pernice who studied under Walter Gropius, known to many as the father of the Bauhaus Movement which centered on an open plan concept that was bright, modern and geometric.
“We are staying true to the period of the house,” said Preston, adding that special highlights include a lamp once owned by the late Jack Benny.
Decorations will include 39 trees – ranging in height from two feet to nine feet – all illuminated with “over-the-top” tree toppers.
“Expect a true forest in this house,” said Caolo.
The men are working closely with designers at Flowers by Webster to add special touches to each tree – including one white pre-lit tree – that will create a “wow factor.” Decoration accents will range from natural greens, sticks, twigs and pine cones to pheasant feathers.
“It’s a unique, one-of-a-kind home in Westfield that we are pleased to share,” said Preston, adding that the fundraiser is an investment in the community to support a worthy cause.
Their tour will include the foyer, dining room, kitchen, guest room, back foyer, family room and library – all on one level. The fireplace – which spans all levels of the home and was made of brick manufactured in Westfield – will be one of the many unique features that will no doubt leave a lasting impression on everyone who visits. 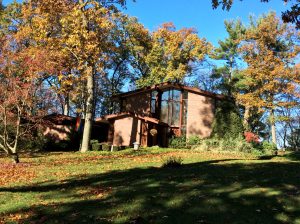 The home of Philip Caolo and Alex Preston will be among eight homes showcased during the Dickens of a Day Historic House Tour on Dec. 3. (Submitted photo)

“There will also be a musician from WOW playing the harp upstairs,” said Caolo.
Visitors will be greeted by Caolo and Preston in Santa Claus hats, as well as their 7-year-old, six-pound Maltese-Shih Tzu named Max. Max will be decked out in a Santa Claus suit.
“We will be available to answer questions and all visitors will receive a packaged gingerbread house cookie for their travels,” said Preston.
Tickets – at $20 per person – are still available for the noon to 5 p.m. house tour and can be purchased at the Westfield Athenaeum, online, at Rosewood Home and Gifts, Bismarck Place (formerly Pilgrim Candle), or the day of the event at Westfield Creative Arts, 105 Elm St. Everyone participating in the tour must start at the center to turn in their tickets for a booklet that will feature the home addresses. Also, as part of the festivities, Westfield Creative Arts will be transformed into Mr. Schnitzel’s Holiday Market featuring merchandise for sale by local artisans.
“The homes on the tour celebrate the season of giving and sharing,” said Vancini, noting that homes come in all shapes and sizes – and will also include businesses.
In other Dickens Days news, the ninth annual Dickens Dinners are planned Dec. 15 and 16 at Tekoa Country Club. The event is a rollicking, unique, interactive version of Charles Dickens’ magical tale, A Christmas Carol, according to Plasse, who serves as chair of Dickens Days.
“This year the entire Matt and Cher Collins family is appearing with us, replacing the Woody Darling and Tumavicus family, the children of whom grew up under Scrooge’s eye every December for years,” said Plasse, adding that the cast will also include Michael and Marisa Clark who have also been a part of the event over the years.
The “tale” will be performed between the courses of a turkey dinner with all the fixings by WOW’s merry band of actors, noted Plasse.
“We are amazed how the sheer joy, poignancy and magic of the story continues to be present midst the antics of our interactive presentation that change with each audience,” said Plasse, who also plays the “Ghost of Christmas Present.”
Tickets for the show and dinner are $55 for adults and $25 for children (12 and younger).
The event begins with “grogs and nogs” from 6 p.m., followed by dinner and the show at 6:30. Doors open at 6.
For reservations, call (413) 579-5967, visit www.westfieldonweekends.com, or Westfield Creative Arts on Elm Street.