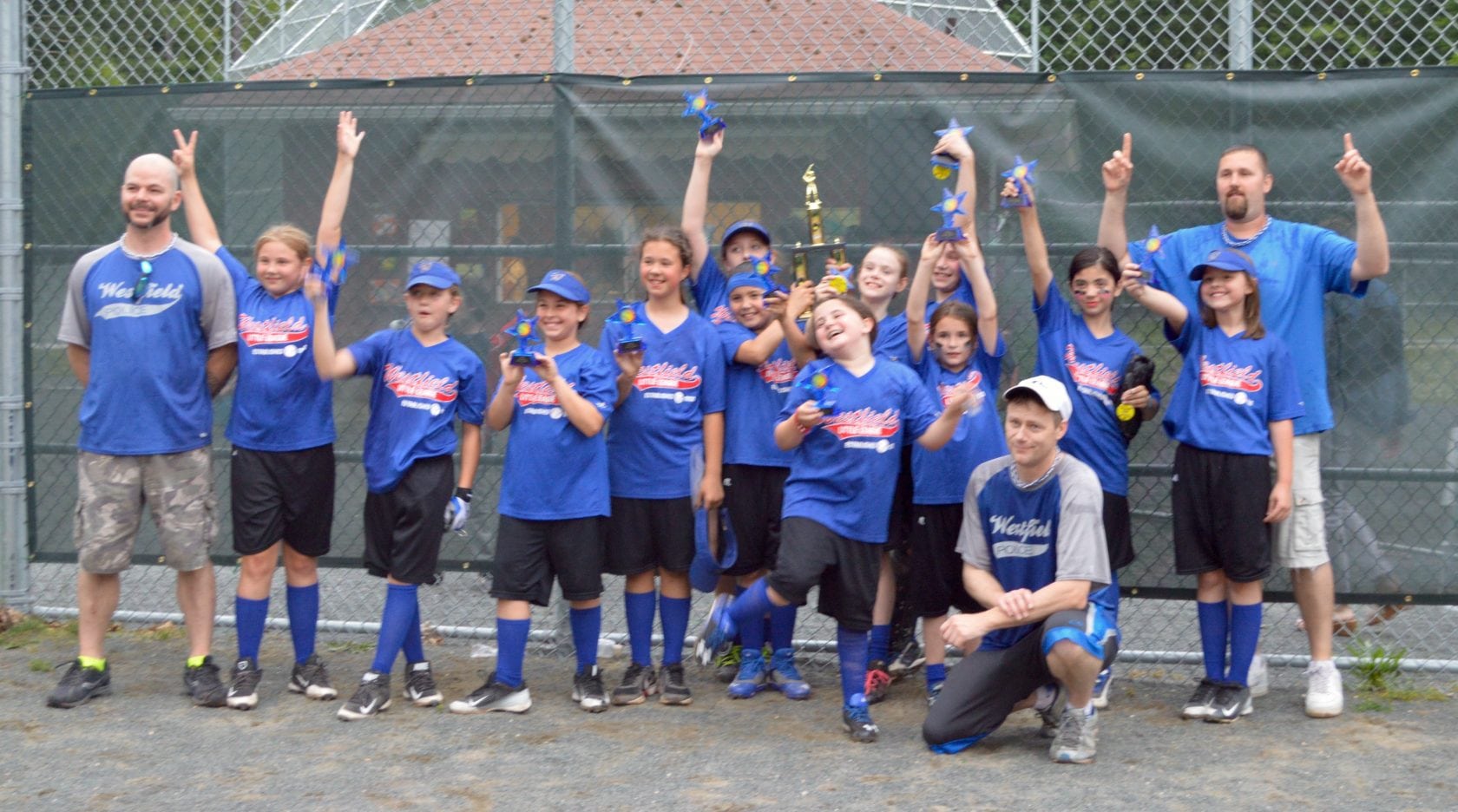 EASTHAMPTON – The Westfield Girls U10 Little League Softball team (sponsored by Kiwanis) defeated Hadley 14-8 to capture the multi-town League Championship Thursday night at Nonotuck Park.
Hadley jumped out to an early 4-0 lead after one inning, but Kiwanis starting pitcher Gianna Strange gave up only one run over the next two innings, including striking out the side in the third, to let the Kiwanis bats get started. Lindsey DeLand doubled to lead off the bottom of the second and came around to score the first Kiwanis run of the night. Ali LaPanne walked, and after working her way around the bases, stole home to make it a 4-2 game after two innings. 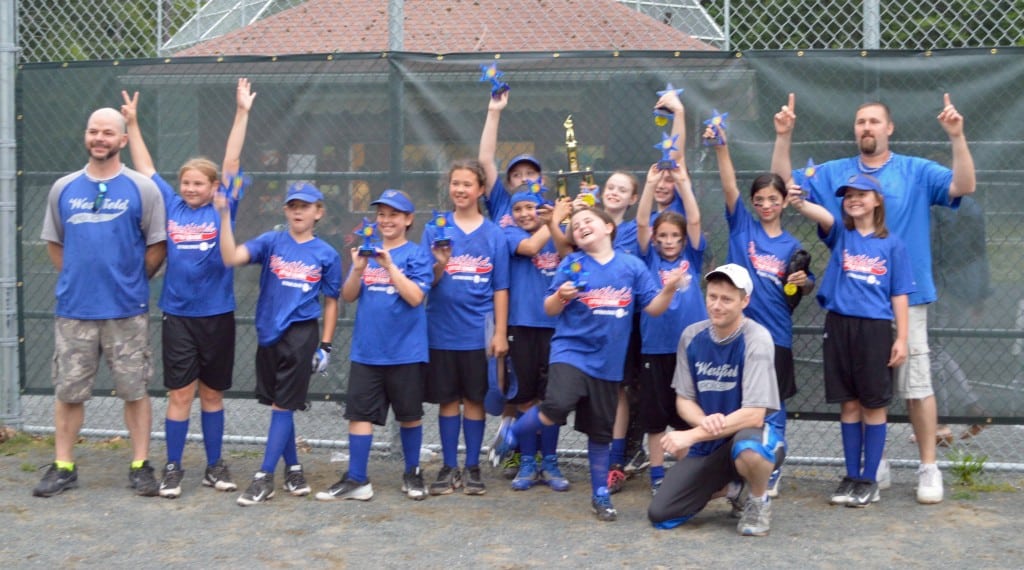 After a sharp defensive top of the third led by a stellar play from Isabella Delmonte fielding a hard grounder at third base and firing across the infield for the out at first, Kiwanis tacked on four big runs in the bottom of the third inning on four bases on balls and singles by Strange and Nora Gogol to take their first lead of the game.
DeLand came on to pitch the final three innings for Kiwanis and struck out six Hadley batters while only surrendering three Hadley runs over her three innings of work. The Kiwanis offense took over in the bottom of the fourth on singles from Delmonte and Cassie Girroir and bases on balls to Alex LaMountain, Tristan Macznik, Ava Fijalkowski, Rylie Nimchick, and Charisma Kelleher to extend their lead to 10-7.
Hard hit doubles from Delmonte, Gogol, and DeLand in the fifth, and bases on balls to Piper Mayhew and LaMountain provided Kiwanis with some insurance and a 14-7 lead heading to the sixth and final frame.
Kiwanis closed out their championship run in the sixth.
Working around a walk, DeLand struck out two Hadley batters and then fielded a grounder toward the third base line and fired across the diamond to LaPanne at first base to nip the runner and send the girls into a jubilant on-field celebration which included dowsing head coach John DeLand and assistant coaches Matt Nimchick and Adam Lapanne with ice water.
The six-town league consists of 12 teams from Westfield, Northampton, Hadley, Easthampton, Southampton, and Hatfield.
Kiwanis finished the regular season 10-2 and then had to win four straight games in the single elimination playoff tournament to capture the crown and finish off an impressive 14-2 season.