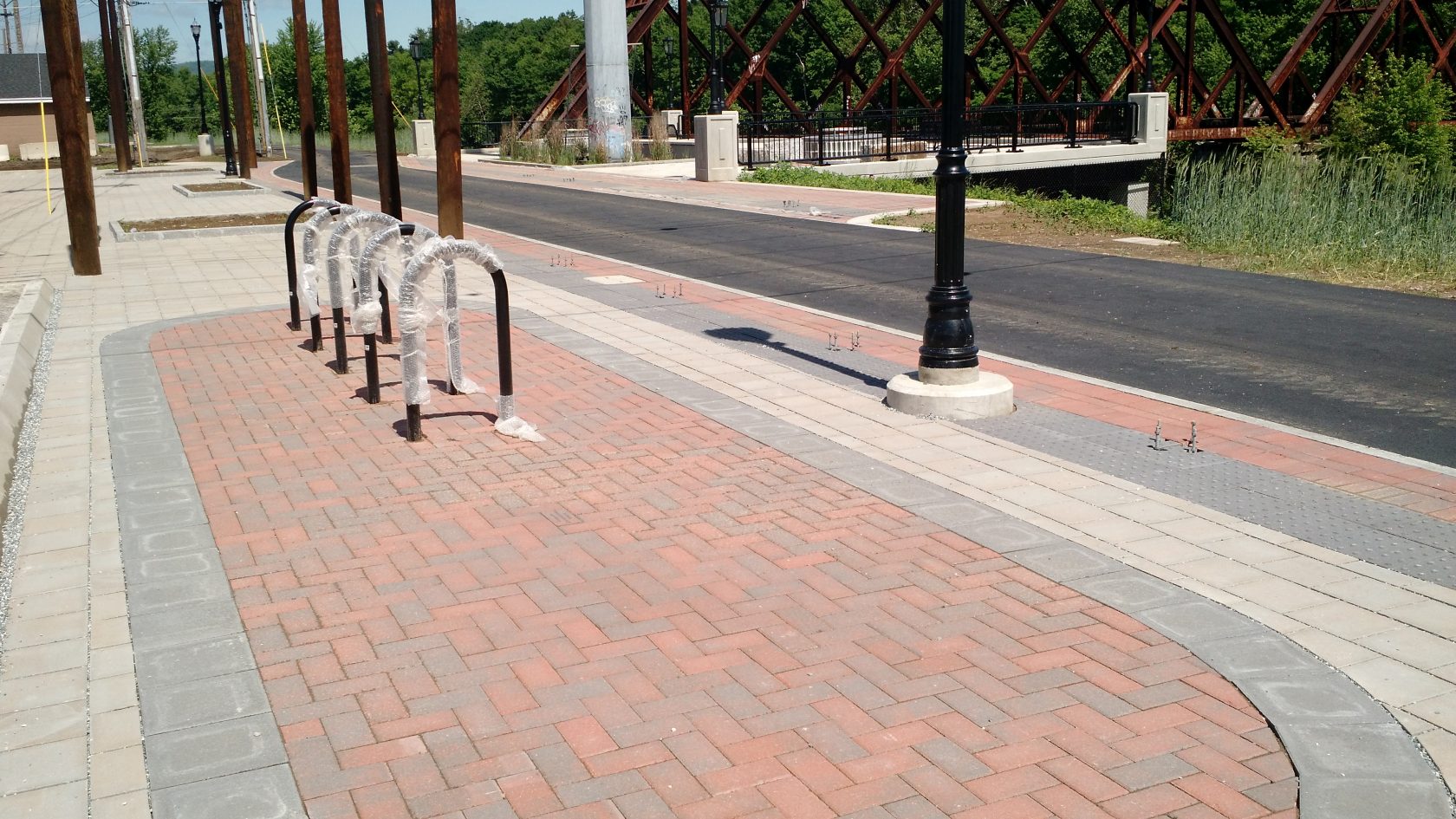 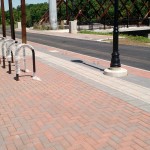 The bike racks along the Westfield River promenade. (Photo submitted by the Friends of the Columbia Greenway Rail Trail)

WESTFIELD – Westfield is the site of one of 52 projects funded in the current round of the Mass Trails Grant Program. The Baker-Polito Administration announced this week that $4 million in grants were given to projects across the Commonwealth to construct, maintain and improve public trails, including hiking trails, bikeways and shared-use paths.

Westfield is receiving $61,500 for a feasibility study and concept design on a multi-use trail connector to Southampton Road (Route 10). This project explores the feasibility of implementing a shared-use path located at the northern terminus of the Columbia Greenway in Westfield at Woman’s Temperance Park with the proposed Southampton Rail-Trail terminus at Route 10 (College Highway) by way of the proposed multi-use trail along MassDOT Route 10 (Southampton Rd) north of Route 90. The city hopes to identify a suitable route for a shared-use path that builds out the Massachusetts Central Rail Trail.

Westfield Civil Engineer Mark Cressotti said the city has selected a consultant for the project, Toole Design out of Boston, one of the more prominent trail designer firms which he said is important in order to get DCR funding. He said the grant will pay for the study, and the local match of $15,500 is in the department’s 2022 budget.

Cressotti said the MassDOT had already undertaken to put in a separated multi-use trail along the entire west side of Southampton Road (Route 10) from north of the turnpike exit to North Road, as part of its programmed pavement improvement for the state highway. He said originally MassDOT had tried to implement a Complete Streets design on the highway with a lane for cyclists, but it didn’t work because of the danger with the number of left turns along the stretch, so instead they plan to build a separate multi-use trail.

This Mass Trails grant will look at how to extend the Columbia Greenway Rail Trail from Woman’s Temperance Park, where the central section will end, to connect to the planned multi-use trail on Southampton Road. Cressotti said both projects are in the planning stages and a couple of years out, with a completion date of 2025 at the earliest. He said both will require public input.

Cressotti said he has some ideas on how to make the connection from the end of the Columbia Greenway Rail Trail going north, but the city is getting a professional in to come up with a game plan and vet it with the public. He said they will also work with the Friends of the Columbia Greenway Rail Trail. Also, since he has announced his tentative retirement in March, 2022, “it will be up to others to push forward the construction.,” he said.

“Trails are important community resources that improve quality of life by offering access to parks, reservations, forests, and beaches throughout the Commonwealth,” said Lt. Gov. Karyn Polito in the funding announcement. “The MassTrails Grant Program is providing critical funds for projects from the Berkshires to Cape Cod, enabling our local partners to continue their efforts to improve trail infrastructure by creating new segments and enhancing existing trails for the public to enjoy.”