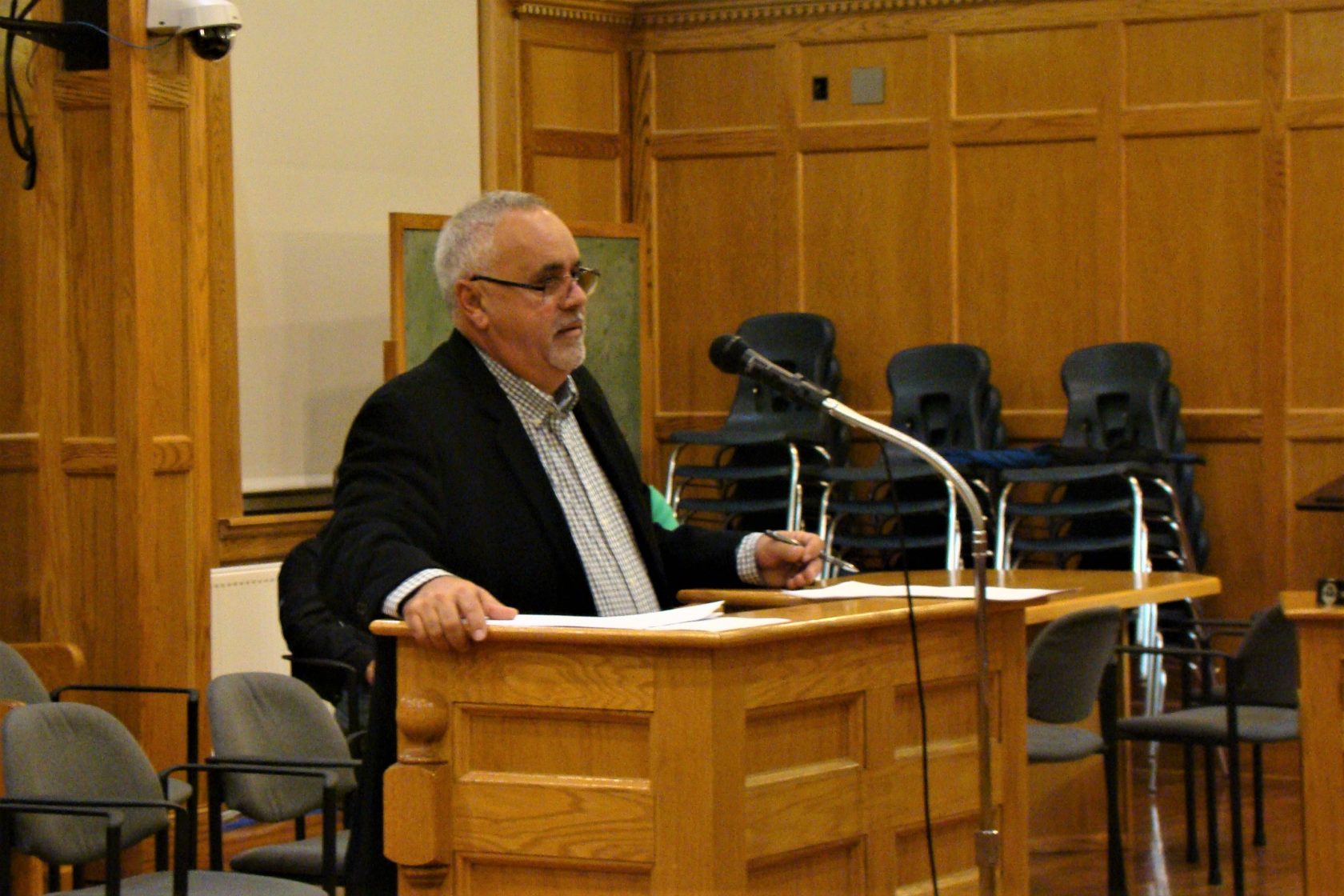 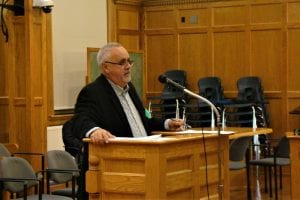 WESTFIELD – Following two public hearings this past week — one in the Planning Board and one in City Council – an amended flag/estate lot ordinance will return to the Zoning, Planning and Development Committee, chaired by At-large Councilor Nicholas J. Morganelli, Jr. for further work.
The ordinance as amended by the ZPD would allow existing flag lots, lots not meeting frontage requirements, to be built upon if they meet certain criteria. That criteria includes having a frontage and width of at least 40 feet, and a lot area no less than three acres. Other criteria includes location in a residential district with no portion in the Water Resources Protection District; and only to be used for a single or two-family dwelling with at least 60 feet from all lot lines, and 120 feet from any abutting structure.
At the Planning Board hearing, City Planner Jay Vinskey said the amendment would only apply to a handful of properties. Following the public hearing, the Planning Board made some recommendations to the amended ordinance, including ensuring adequate turnaround for emergency vehicles and requiring a site plan. They also agreed to put on their agenda at a later date the creation of flag lots for consideration, something that some neighboring communities allow.
One argument made for allowing the creation of certain flag lots came from Rob Levesque of R. Levesque Associates. Levesque said if someone came to him with a 10-acre property without adequate frontage, the property owner could got eight lots worth $20,000 each by putting in a road for a subdivision and creating the lots off of the road.
Levesque said if some flag lots were permitted, instead of an eight-lot subdivision, with the same yield to the landowner they could have two homes on that land. “You might end up seeing a lot less eight to 10-lot subdivisions,” Levesque. He said Southwick has a good estate lot creation ordinance that might be studied.
At the City Council hearing, At-large Councilor John J. Beltrandi, III, who had originally made the motion to re-examine flag lots in 2011, said the Planning Board seemed to be open to flag lots. “I was surprised,” he said. He said the board voted to move the process ahead, but also suggested some changes to the ordinance.
“A lot of people have large properties with not enough frontage to add a house,” Beltrandi added. He said it’s not one-size fits all, but the special permit process is where details would be ironed out.
Rich Clark of Russellville Road came forward during both public hearings to speak about his situation. He said he has a 13 ½ acre parcel with 225 foot frontage, with an equine parcel in the back which his daughter operates. He said he would like to keep his property and create an avenue to allow his daughter to build a house in the back.
“I’m looking for some avenue where this would be possible,” Clark said.
Joel Beltrandi of Russellville Road, John Beltrandi’s brother, also came forward with a similar situation. His daughter also has an equine business on his 20-acre property, and he would also like to be able to build a house on it for her. He has an existing house in the back, with another 3700 feet from that house all the way to the back.
Both scenarios are not allowed under current zoning regulations.
Morganelli made a motion to close the public hearing, and refer the amended ordinance back to ZPD for further work.