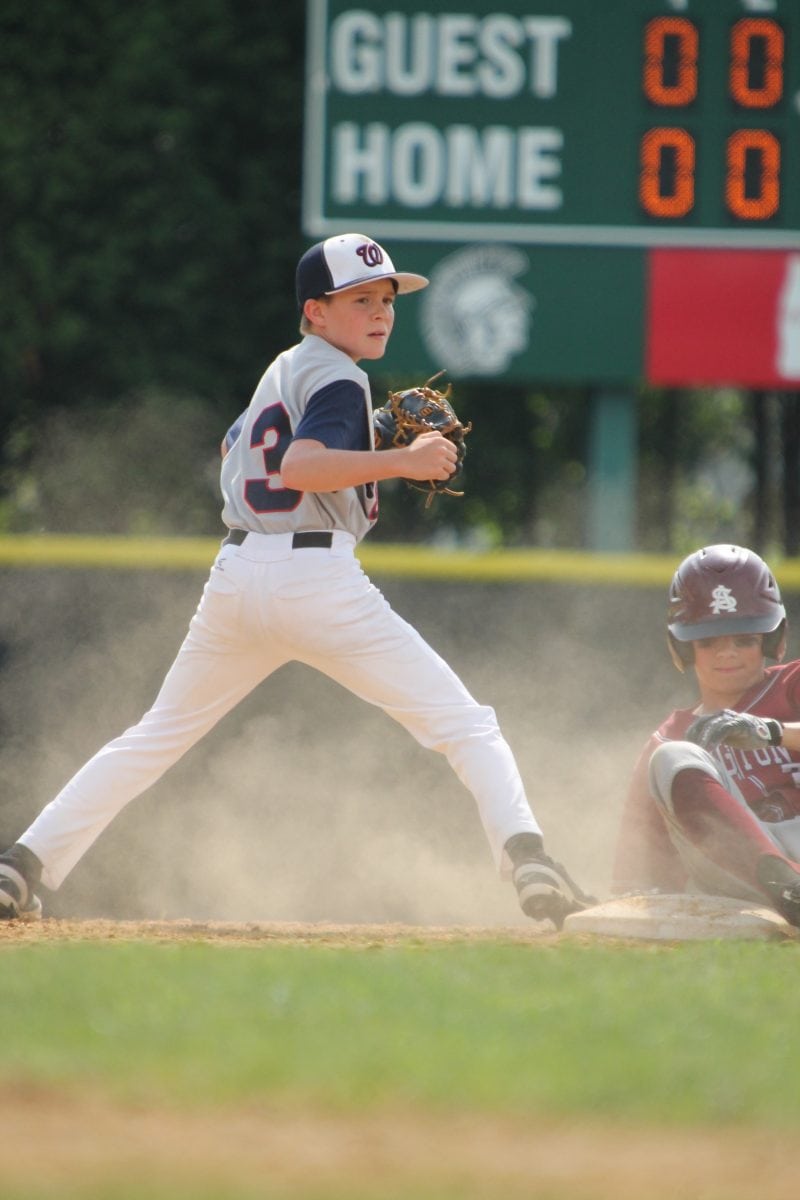 WINOOSKI, VT. – On Monday, Westfield Babe Ruth Baseball 13-Year-Old All-Stars manager Matt Avery said everything following that day’s victory was a “bonus.”
Unfortunately for Westfield, a double bonus was not in the team’s future.
Arlington (Mass.) scored three runs in each of the third and fifth innings to defeat Westfield 6-1 in the Babe Ruth Baseball 13-Year-Old All-Stars eastern regionals semifinals Tuesday in Winooski, Vt.
“They were a solid team,” Avery said.
Arlington dealt a three-hitter. Cam Gourde came off the bench to collect one of Westfield’s three lone hits in his only at-bat. Gourde also made a nice putout with an assist on a throw to second base.
Mike Hall and Colin Scanlon each also had a hit for Westfield.
The Whip City’s 13-year-old All-Star squad scored its only run in the bottom of the seventh.
“We went out with a little bit of a fight,” Avery said. “I thought we played pretty well. Our goal was to reach the regionals. It was ‘bonus’ time. I’m very happy.”
The next goal will have everyone’s attention in 2016.
Next year, Westfield will host the Babe Ruth 14-Year-Old All-Stars World Series.
“We have things to work on to get where we need to be,” Avery said. “We’ve got a good foundation.”
Avery said the team’s top priority will be to continue to strengthen the team’s bats and defense, and develop a “true” ace.
“We didn’t have that one ‘true’ ace up here,” Avery acknowledged. “It was eye-opening to see where we’ve got be (next season).”