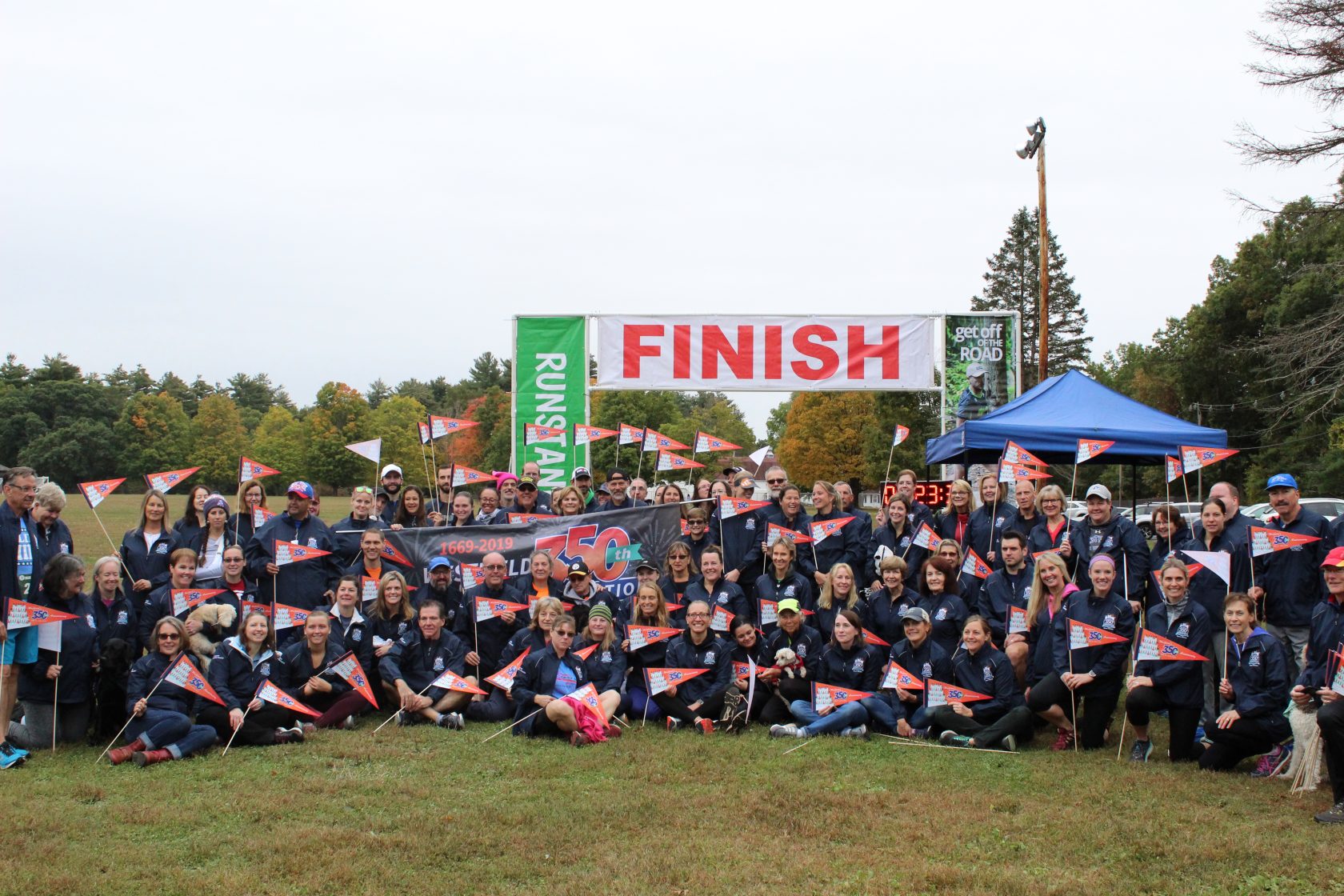 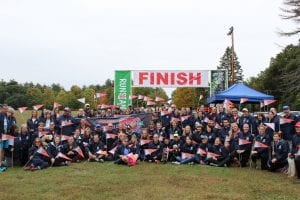 Westfield 350 race participants pose as a group after receiving their commemorative race jackets Oct. 6 at the RunStanley 5k. (Photo by Dennis Hackett)

WESTFIELD- After hosting races throughout the year, Westfield’s 350th anniversary race series came to a close on Sunday with the seventh annual RunStanley 5k in Stanley Park.

The RunStanley 5k started six years ago after some of the bridges in the sanctuary in Stanley Park needed repair in 2012, said Vanessa Diana, one of the race organizers and a professor at Westfield State. She said the park needed to find a way to raise funds to preserve the sanctuary within but it was more than that. Along with raising funds, Diana said the idea also came from the community that uses the park. “The idea goes back to all of the different generations who like to use this park together, so I really like how it’s become a multi-generational thing,” she said.

She added that the races have been successful in raising funds for the park. “Since then we’ve built two bridges, put in signage and just got a grant to do more forestry studies in the park,” she said. 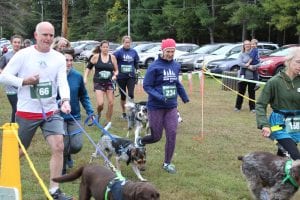 This year’s canine race was the largest so far at the 7th Annual RunStanley 5k. (Photo by Dennis Hackett)

The race was open to any and all ages and had children younger than 13 and adults up to age 79. As a result, the top racers in each age group were recognized for their efforts.

This year the race was the final event in Westfield’s 350th Anniversary Race series. Participants in every race received a jacket. Diana said throughout the year anyone that wanted the jacket had to participate in five races throughout the year, culminating in the final race Sunday. After the race, eligible runners and walkers received the commemorative jacket to celebrate their achievements in the races.

Diana said she thought the 350th series was a good boost to the running community in Westfield this year. “It was a great success because a lot of people came and did races for the first time that they really enjoyed, and now it spread the word to get people more involved in physical fitness,” she said.

Even though they got a boost in attendance this year from the series, Diana said the race has been growing every year.

Since the 5k began Diana said they have been adding different events to it every year. This year there were several side races including a munchkin run, the Stanley Stroll and a canine run. The canine run was one of the bigger draws because it highlighted the relationship between the runners and their pets. 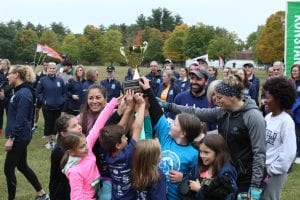 Kamila O’Neill, who ran with her dog Otis, said “he loves being outside and I wanted to do the race with him.” She added that she was taking part in the race as a part of the 350th Anniversary race series as well.

Michael Sullivan, the winner of the men’s 5k, said he thought the event was fun for everyone and was happy to finish out his five race series with the win. “It was nice to see everyone have a lot of fun at the races this year,” he said. He added that this was his third race at Stanley Park during the 350th anniversary race series.

The race also gave out the Stanley Cup for best school spirit, which is determined based on the number of participants between students and staff, Diana said. This year Munger Hill Elementary took home the prize.

Anyone who qualified for the jacket but could not attend the race on Sunday can pick their jackets up at Tierney Insurance on North Elm Street in Westfield.