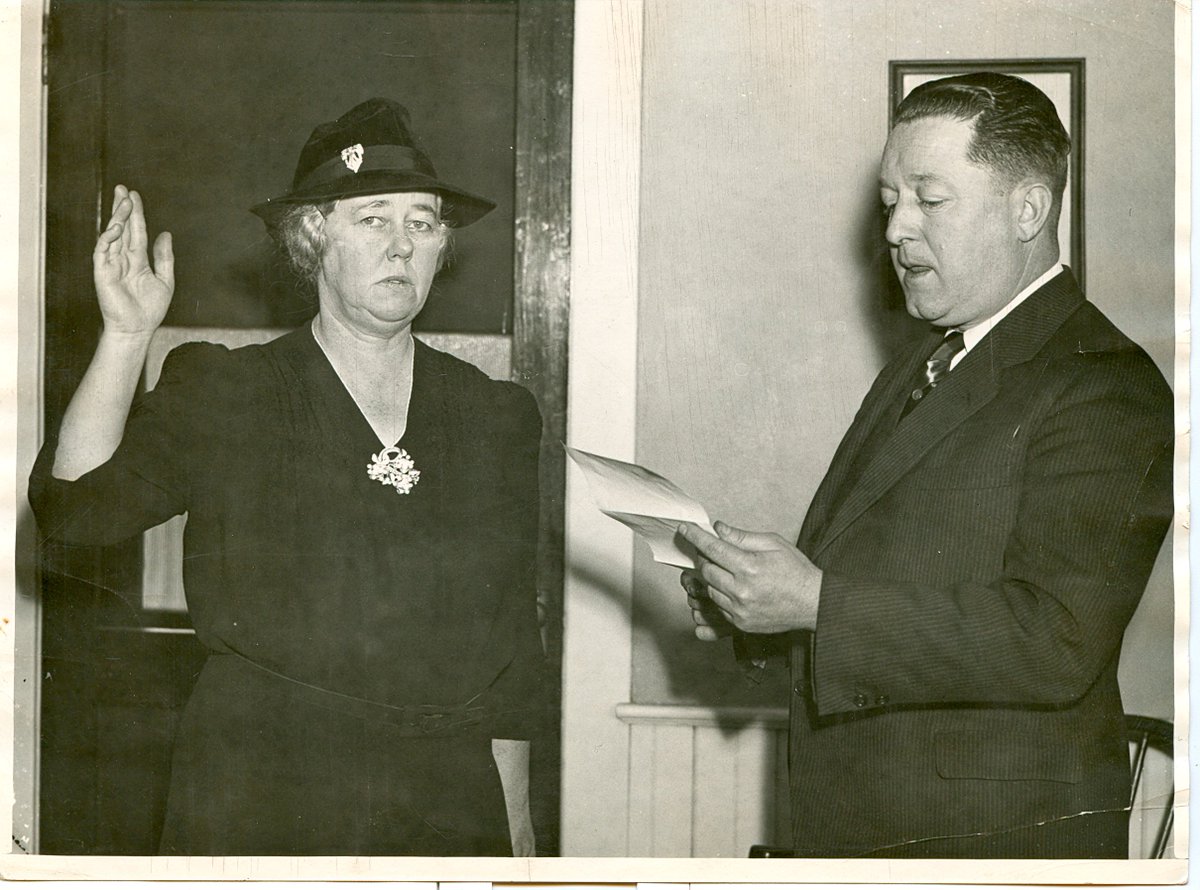 WESTFIELD – The world watched this week as history was made when the first woman – also the first Black and Asian American – was sworn-in as the 49th vice president of the United States.

Vice President Kamala Harris was serious throughout much of the ceremony Jan. 20, but broke into a smile at the end of her oath. Around the world, many women watched with their daughters and locally elected women felt some solidarity with the woman who is now second-in-command.

Westfield’s own elected women on the city council and school committee watched as well. 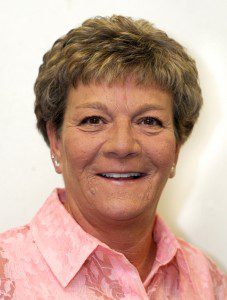 “As I watched with the nation as Kamala Harris was sworn in as the highest-ranking woman in American history as vice president of the United States of America, it fills me with hope,” said School Committee member Diane Mayhew. “It says a lot about our country. She has broken a number of racial and gender barriers and with that a new generation of girls and boys will have a powerful role model.”

City Councilor Kristen Mello said it was an emotional moment for her.

“In my lifetime there have been so many female foreign heads of state that sometimes I wonder what has taken us so long. Then again, the reminders of how easily women can be held back come at me in small ways every day,” she said. “Our first vice president was elected over 230 years ago, and women were guaranteed the right to vote only 100 years ago,” said Mello. “Today a woman of color was sworn in as the vice president of the United States and the shards from that glass ceiling being shattered will seed thousands of bright futures across our country.”

School Committee member Cindy Sullivan said it was important for her, and for her daughter.

“Regardless of political affiliation, I believe that it is always important to see women in leadership roles in all levels of government and business,” said Sullivan. “Seeing a women being sworn into the second highest political position in our country is inspiring and brings hope to me that my daughter and my friends’ daughters will feel empowered to strive for any position personally or professionally they want.”

City Councilor Bridget Matthews-Kane wore her pearls for the inauguration of President Joe Biden and Vice President Harris as did millions of women around the world Wednesday, a sign of support for Harris.

“I’m full of joy that another glass ceiling for women has been broken, and I am grateful that as our wonderful country includes more and more people from different backgrounds in its government, we once again move closer and closer to the ‘more perfect union’ referenced in the Preamble to the Constitution,” said Matthews-Kane. “The events of today give me great hope both for my three girls and for our whole beloved country. I hope more women, and indeed people from all underrepresented groups, will be inspired to enter the political arena themselves.” 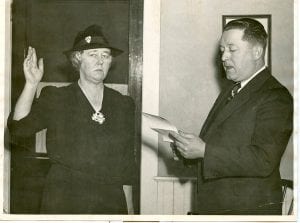 Westfield Mayor Alice D. Burke was sworn-in as the first woman mayor in New England in 1940. (CITY OF WESTFIELD PHOTO)

Westfield was, in many ways, ahead of its time when it comes to women in politics. In 1940, Westfield elected the first woman mayor not just in the city, but all New England. Alice Driscoll Burke ran the city as its mayor for three terms, 1940-1943, 1954-1955 and 1958-1959. Burke was previously a teacher and member of the Westfield School Committee. Throughout her political career, she ran several campaigns, losing some and winning some. After serving as mayor, Burke was a city councilor from 1968-1973. She died in 1974 at age 81.

Burke’s election was covered in the New York Times, Boston Globe and other national papers, putting Westfield at the forefront of the women’s movement at that time.

The city has continued to elect women in prominent positions, including former state Sen. Cele Hahn and councilors Angela Holmes and Patti Andras, among many others.