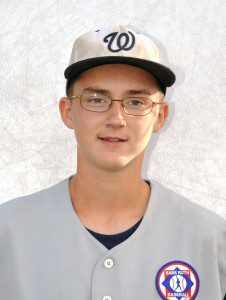 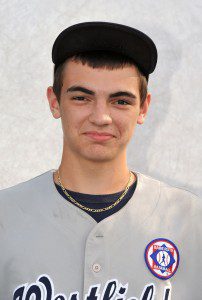 WESTFIELD – The Westfield Babe Ruth Baseball 13-Year-Old All-Stars have been on a whirlwind tournament run this summer. And the fanfare is still not over.
Westfield staved off elimination time and time and time again in the state tourney only to lose in the title game in Worcester. The Whip City’s all-star team churned out one victory after another before finally winning the regional championship after being pushed to two games in the title game at Bullens Field.
In Kitsap County, Wash., Westfield went 1-3 against the field at the World Series, knocking off the host team, showing flashes of brilliance in three other games, including scoring more runs (11) against eventual champ Arkansas.
It all culminated in a parade on the city’s streets Sunday in front of their families, friends, local dignitaries, and fans of the boys’ of summer.
“I’m proud of these guys,” Westfield manager Mike Smith said. “They represented Westfield all summer long. We were not overly talented, we didn’t have terrific defense or top notch pitching. But we hung in there all the time, and exceeded a lot of expectations.”
“It was a great week. The first time I met these guys and their families, I told them how they had a great opportunity to be ambassadors of baseball. They really lived up to that and more.”
Westfield drew rave reviews for their professionalism, strong work ethic, and never-say-die attitude every step of the way.
“It was a great opportunity to come here,” said Tommy Smith, who saw time in the outfield and on the mound. “It was lots of fun.”
Smith said his top moments of the trip included attending a Seattle Mariners game, which featured “King Felix” Hernandez pitching and T-shirt night; defeating Kitsap (“That was awesome.”); and, visiting Mount Olympus, as well as other points of interest.
“It was fun – win or lose we had a good time playing on the field,” Smith said.
Westfield’s Austin St. Pierre was a big winner. He was named an All-World Series center fielder at the tournament’s end.
“It was really an honor I didn’t expect to get,” said St. Pierre, who hit bombs, ran the basepaths with a fury, delivered solid outfield defense, and contributed on the mound. “I was in the back (at the awards presentation) and heard my name. I ran up to get (the award).”
Some 150 players participated in the World Series. St. Pierre was the lone Westfield representative, but some other teams had none.
“It was an honor to play with some of the best teams in the country,” the star outfielder said. “To be considered one of the best outfielders is really cool.”
There is little time to rest.
St. Pierre, and teammates Anthony Clark, Ari Schwartz, and Scott Walsh, were already scheduled for football practice for the Westfield Bombers’ eighth grade team on Friday. And the Ruthers are still invited to attend Fenway Park in September and participate in pregame ceremonies honoring the 13-, 14-, and 15-year-old Babe Ruth New England regional champs.