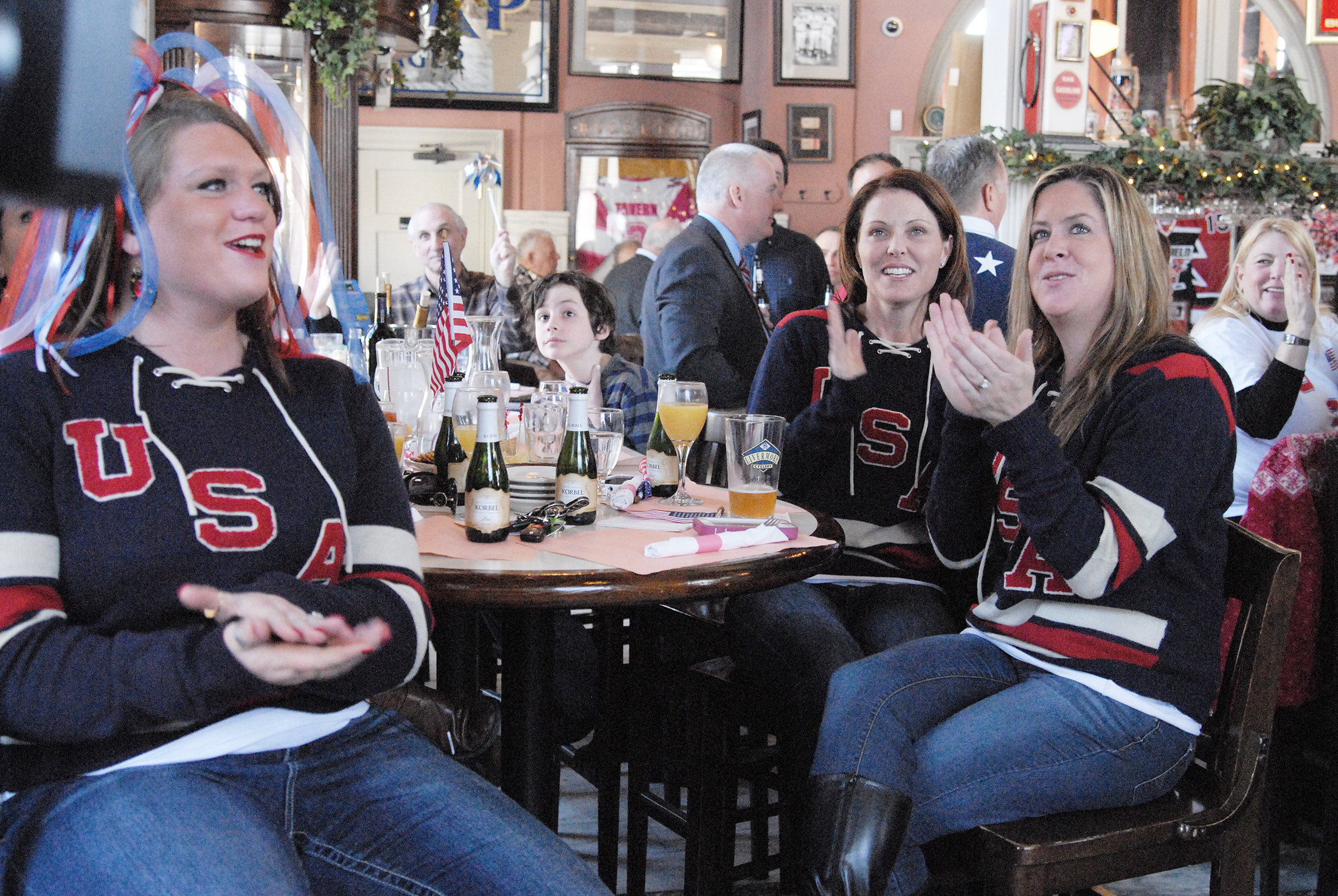 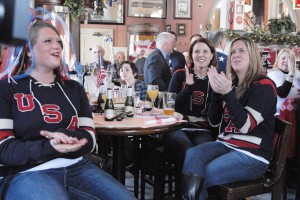 WESTFIELD – Hundreds of area residents came out locally to show their support of local Olympian, Kacey Bellamy, and Team USA hockey during Thursday’s Gold Medal game.
Fans, friends, and family members gathered at places like the Tavern restaurant, and Amelia Park Ice Arena.
“I’m so happy that the town came out to support this,” said Kacey’s sister, Lindsey, who gathered at the Tavern along with a whole host of supporters. “I just talked to my sister earlier today and she was excited. She said we’re going to get a gold medal.”
Unfortunately for the hometown hero, she and fellow teammates fell just short of their goal – and the gold – as Canada rallied from a 2-0 deficit to stun the United States in overtime, 3-2.
The United States women hockey players may only have silver medals dangling from their necks, but one could easily tell in the eyes of the Whip City, Bellamy and her teammates would still return true winners.
“To see them represented here in Westfield is phenomenal,” said Eileen Jachym, of Westfield who was one of several friends in attendance at the Tavern.
Eileen had a vested interest in more than one Olympian as her son, Joey, is currently dating Kelli Stack.
At times, those in attendance, which included local dignitaries, shouted the names of both Olympians, and cries of “U-S-A! U-S-A!” could be heard throughout the establishment. 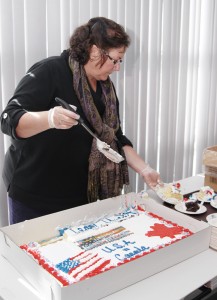 Bellamy has had a profound impact on the Whip City from providing inspiration to young female hockey players to even giving a boost to Amelia Park Ice Arena.
According to Amelia Park Ice Arena executive director Carole Appleton, Westfield Youth Hockey’s “Learn to Skate, Learn to Play” program saw its participation numbers increase from 50 to 100 over the last several weeks.
The rink’s public skate has also seen a rise in popularity, Appleton said.
“Our numbers have grown dramatically because of her,” she said.
A healthy smattering of local fans watched Bellamy and Team USA on the big screen at Amelia Park.
“This community ought to be proud of her,” said Les Pooler, 60, of Westfield. “This is a big boost.”
Others shared those same sentiments.
“It’s fun – she’s such a good player,” said Joey Volker, 17, of Chicopee, a sled hockey player for the Westfield Knights, who was also glued to the screen at Amelia. “It gets people out here to get to know this place.”
The Team USA men will get their opportunity to try and bring home the gold when they face Canada Friday at noon for the right to play in the finals.