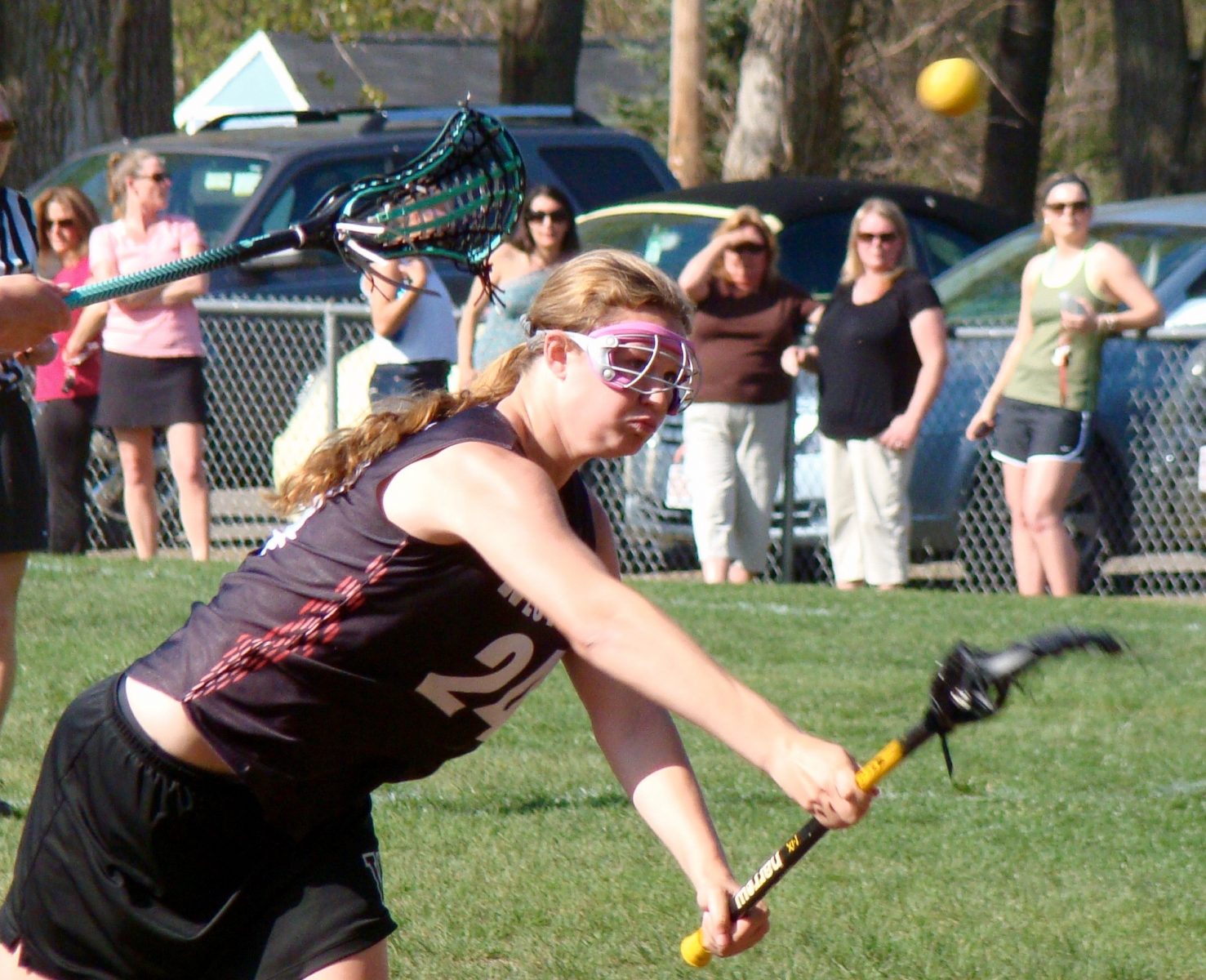 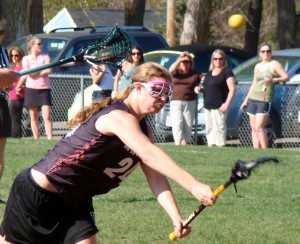 SOUTH HADLEY – Westfield scored with 1:30 remaining in regulation to rally with one goal, but fell just short of tying South Hadley in a high school girls’ lacrosse game Thursday. The Terriers survived the Bombers’ late attack, 12-11.
South Hadley held possession for the final 90 seconds to hold on.
“It was a tough loss, but it was nice for us to come back at the end,” Westfield coach Paul Fenwick said.
Westfield trailed by as many as five goals before rallying late. The Bombers scored goals in a nine second span.
Sydney Brady scored with 1:39 remaining to bring Westfield within two goals.
Rachel Gelina recorded three goals, including one nine seconds later to climb within one, and one assist for Westfield. Bombers’ goalie Maileen Kozak finished with 15 saves. 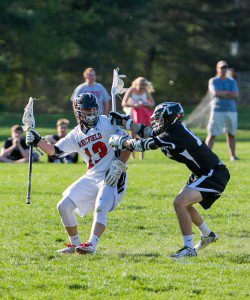 Mason Balch prepares to make a move around a Longmeadow defender. (Photo by Liam Sheehan)

Gilbert and Jalen Bodendorf (6-0, 6-2) were both victories.
“Westfield had fine play from all of its players,” Bombers’ coach John Morizio.