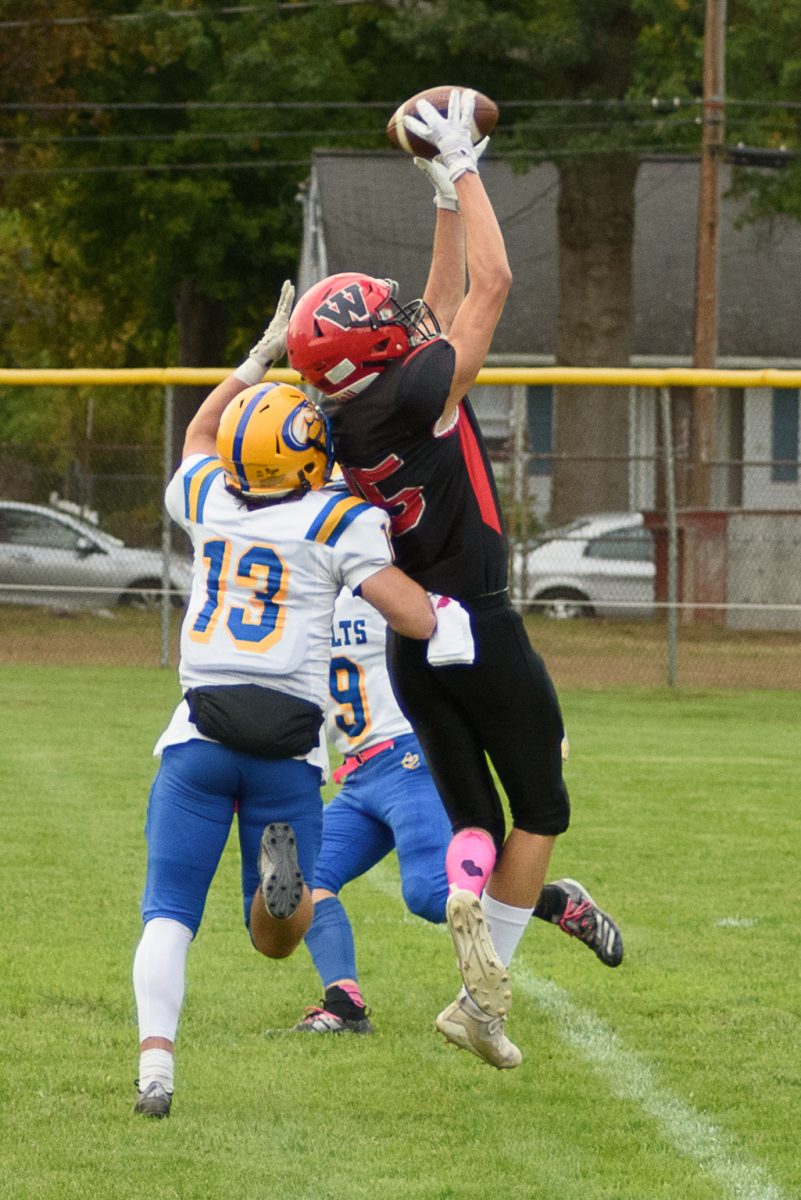 By DENNIS HACKETT
Special to The Westfield News 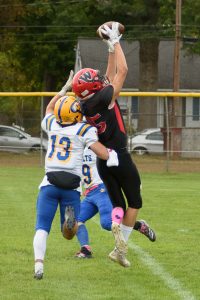 WESTFIELD – After plans to play Division 1 football at Valparaiso University in Indiana fell through, Westfield High School senior and Bombers wide receiver Will Brewster will be playing a postgraduate season at East Coast Prep in Great Barrington.
While he had a verbal commitment to the university, Brewster said changes to the NCAA’s eligibility policy closed some roster spots that were expected to be open.
“What happened was I was verbally committed there but around January I got a call from the coach saying that because of the NCAA ruling that all players get another year of eligibility this year, they only had a couple of spots left and they decided they would give my spot away to a kid from the West Coast by way of California,” he said.
After receiving the disappointing news that he would not be playing Division 1 football, Brewster said he was upset but kept his head up for his next opportunity.
“I was definitely disappointed because I was under the impression that I would be able to go there since July. To just be let down was a bummer. I was really upset about it, but the only other option would’ve been to get down on myself and stop playing the sport. I knew there would be another opportunity that would come around as long as I continued to reach out to people,’ he said.
Brewster said he then weighed all his opportunities once he realized he was no longer going to Valparaiso.
“I talked to my head coach about it, so we talked about junior colleges, Division 2 places, or post grad opportunities,” he said.
After taking a visit to East Coast Prep, Brewster said he thought it would be a place where he could focus and dedicate himself to the sport.
“We took a visit there, and I talked to the coach. I really liked their attitude and how it was in the middle of nowhere out in the middle of Great Barrington. There’s no distractions out there and they have a set schedule every day, so you just go about your business and transfer somewhere else in January,” he said.
Once he finishes his season at East Coast Prep, Brewster said he wants to find a place with a good coaching staff and somewhere he fits in.
“I want to end up at a good school with a good coaching staff and good people to talk to,” he said.
By going to a post grad school instead of a junior college, Brewster said he would not use up any of his NCAA eligibility.
“In post grad I would go there from August to November or December. We’ll play other colleges like that where the kids are graduated seniors. In junior college you transfer somewhere else you use up one or two years of eligibility, in post grad you transfer somewhere else and you’re considered a freshman,” he said.
Because of the circumstances of the pandemic, Brewster said it was difficult to find a new place to play.
“I think it was more magnified this year because things have gotten so screwed up. I didn’t get to go to any camps or anything this year. They just relied on film and most of it this year has been guess work for the coaches because they have not seen anybody up close, I think they had to go around in the dark,” he said.