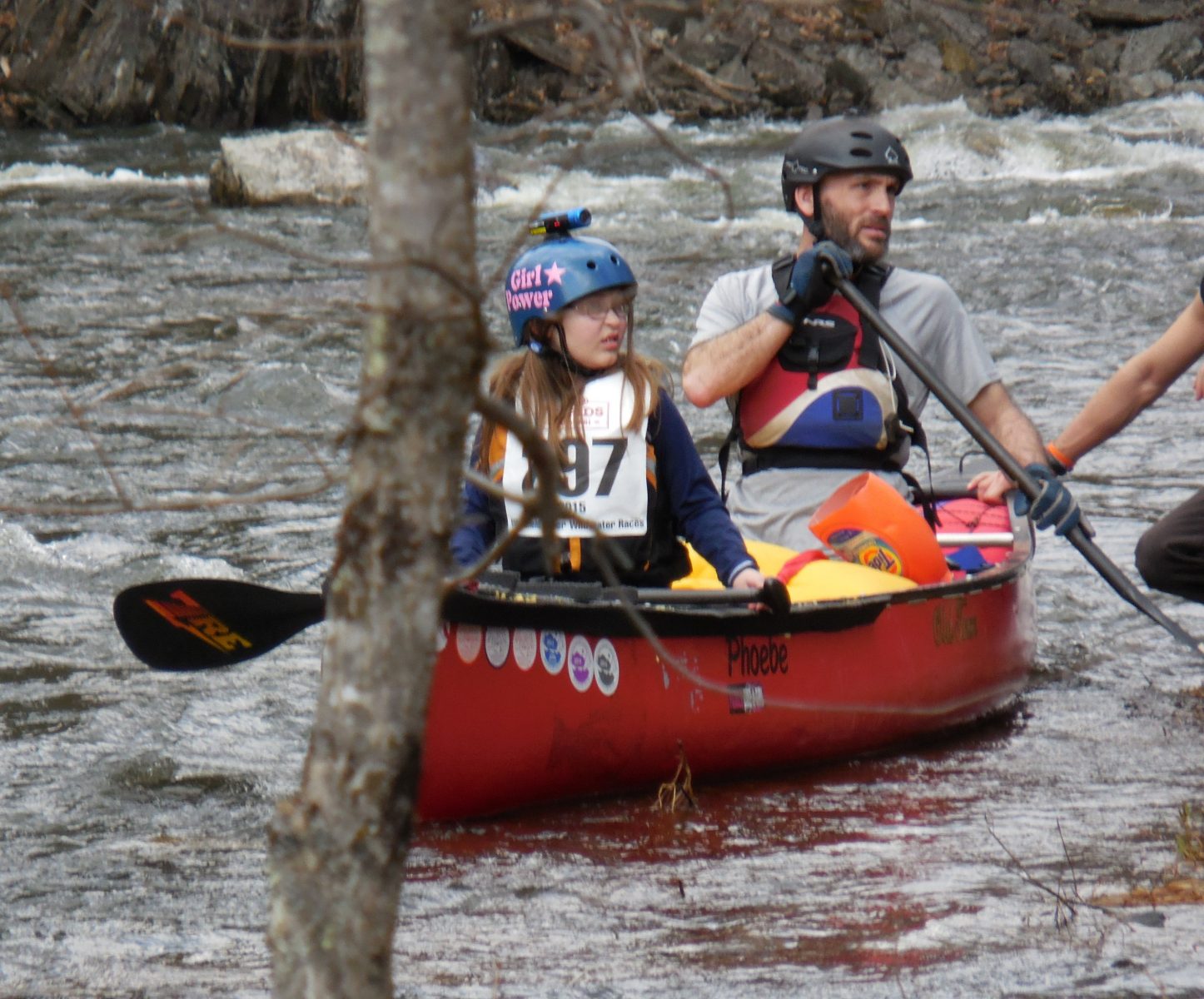 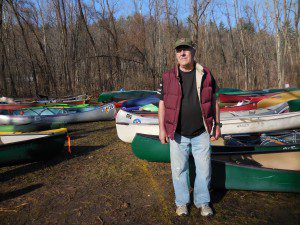 Westfield River Wildwater Race volunteer Phil Sousa of Westfield said his first race was in 1963. He’s been involved ever since, although he last raced seven years ago with his son. (Photo by Amy Porter)

HUNTINGTON – The sun came on Saturday for the 62nd annual running of the Westfield River Wildwater Races, the oldest continuous whitewater race in the U.S.  Kayaks and canoes, 163 in all, lined up for the novice race which started at 10 a.m. at the State DPW yard in Huntington, near the green bridge.
“We’ve had sleet and snow, everything,” Phil Sousa, a volunteer from Westfield who was monitoring the boats, said. “This is one of the nicest races in years.”
Sousa said his first race was in 1963.
“I was 16 years old when my brother called me from work and said, ‘you’re racing with me,’” he said.
Sousa last raced seven years ago with his son. 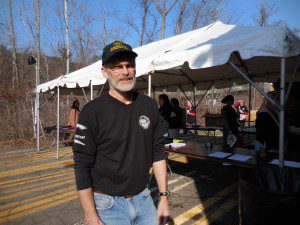 Race Committee Chairman Ed Smith, from Huntington, said, “It’s a beautiful day for the race – good weather and good water.” Over 200 boats were entered in the novice and expert races, with prizes awarded in all categories. (Photo by Amy Porter)

Race Committee Chairman from Huntington, Ed Smith, agreed. “It’s a beautiful day for the race – good weather and good water.”
Thirty- nine boats were entered in the expert race, which began at 1:30 p.m. at the Knightville Dam. Among the racers were Phoebe Jones, 10, and her father Eric Jones of Granby, CT. Smith said this was Phoebe’s first pro race. Last year, they finished first in their jr./sr. novice class.
The Westfield Wildwater Race is timed, with boats departing a minute apart. Distances range from 5 miles to 12 miles. Prizes are awarded in all categories, donated by local businesses and friends of the race.
For more information and more photos, go to www.westfieldriverraces.com.