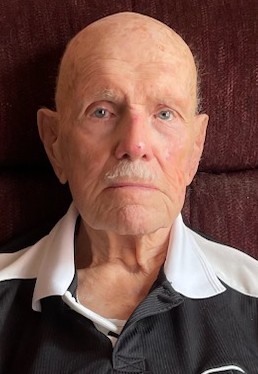 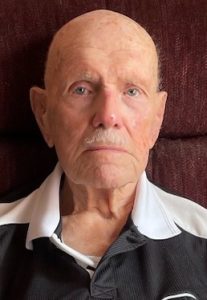 SOUTHWICK – William “Ken” Sanders, 90, (1931-2022) peacefully passed away at home, surrounded by his loving family, on Sunday, November 27, 2022. He was the devoted husband for 53 years to the late Judith (Wohlgemuth) Sanders, who preceded him on November 27, 2004. William was born on November 28, 1931 in Detroit, Michigan a son of the late Franklin Harvey and Jessie Fern (McTaggart) Sanders, and was a resident of Southwick for over 60 years. William was employed in construction taking pride as a bricklayer in the many area projects he undertook. He worked until the age of 80; Whalley Park in Southwick being his last project. William was a supporter of Southwick Congregational Church-UCC, Southwick. He enjoyed the summer series of concerts at Stanley Park, Westfield; dining at Roma’s Restaurant, Applebee’s Restaurant, Cracker Barrel and Take 5. William was an original member of the Edgewood Golf Course, Southwick, where he played for many years. He also played football in his youth and was an avid football and pro golf fan. One of his favorite pastimes was “Time Out” in his self-made garages, visiting with an assortment of friends for many hours, holding court and was given the moniker “The Colonel.”

In addition to his wife and parents, William was predeceased by a daughter, Deborah Sanders Marsters (March 1, 1982), and daughter-in-law, Susan A. (Bates) Sanders (February 13, 2018).