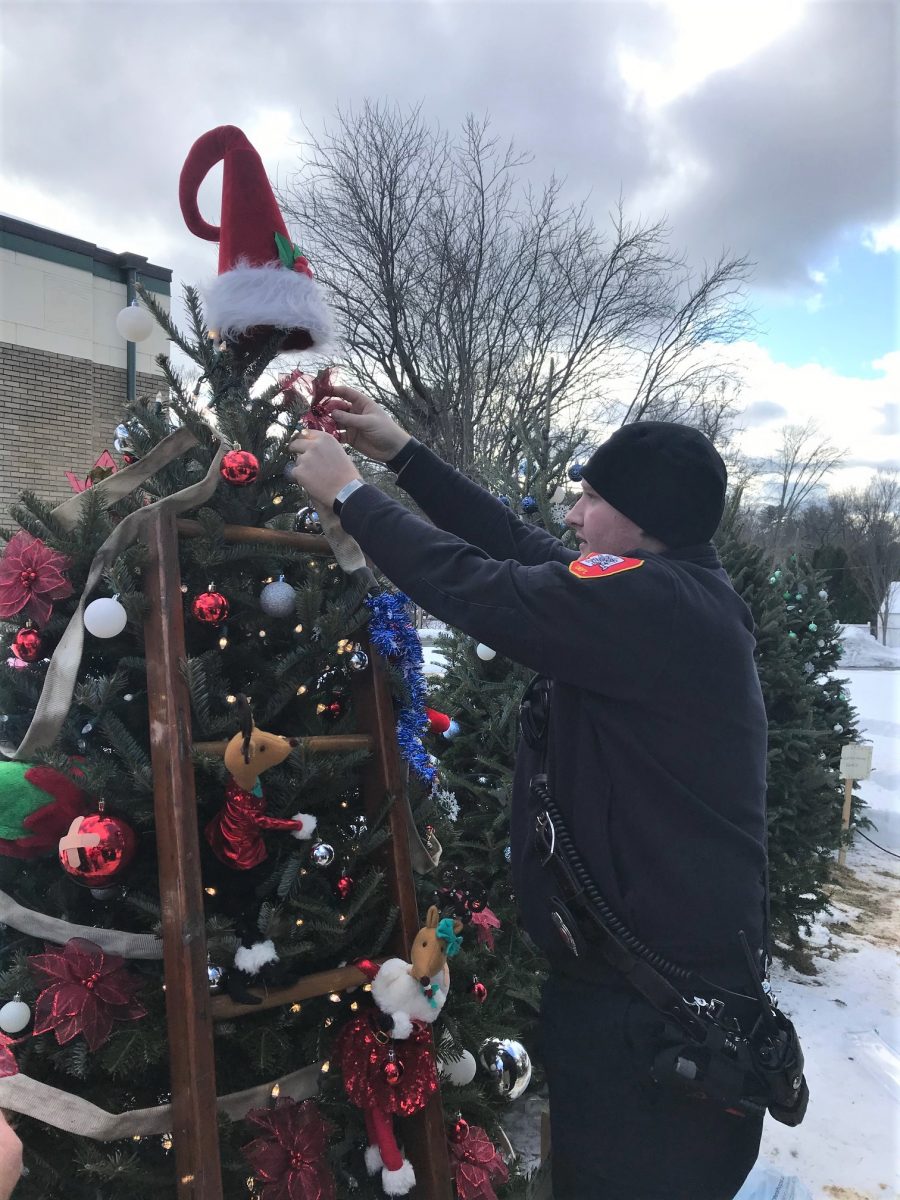 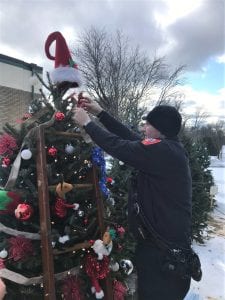 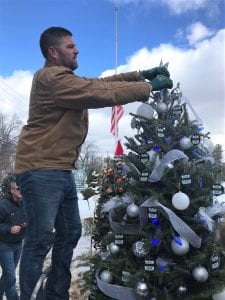 With fresh snow on the ground and a forest of decorated trees outside and inside Town Hall, the spirit of the holidays was evident.

The Winter Forest, as well as the craft and vendor fair, which were hosted inside Town Hall, were organized by Southwick Civic Fund in conjunction with the Southwick 250 Committee to commemorate the town’s upcoming 250th anniversary.

Elizabeth Deedy of the Southwick Civic Fund said she was confident it would be well attended, but she was thrilled at its success.

“I thought we would have a good turnout for it being the first year, but I was shocked at how many people actually came out,” Deedy said. “At one point, you couldn’t even walk through the lobby it was shoulder to shoulder with people.”

Deedy said she hopes the event becomes a Southwick tradition. 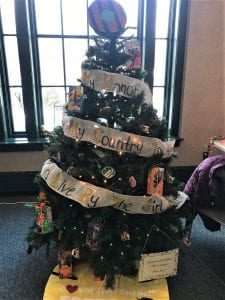 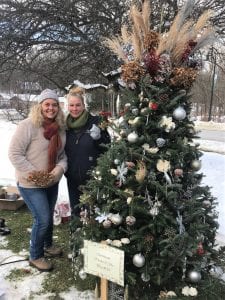 “I think the town has spoken and we plan on making this a yearly event,” she said. “It was great how the community really came together, and someone mentioned to us after the event, it was just like a Hallmark movie.”

Businesses, groups and individuals sponsored trees and visitors voted for their favorites. The top tree was the Southwick Police Association tree, which was coordinated by Police Officer David Massai to honor fallen colleagues from across the country.

Decked out in blue and white, the tree featured over 200 ornaments, each with the name of a police officer who died in 2019. Police Chief Kevin A. Bishop said he hopes the number stays steady, but if another officer dies before the end of the year, an ornament will be added to the tree.

“We are sending the ornaments to the families of the officers when the event is over,” Bishop noted.

Taking second place was the Southwick Fire Association tree. The whimsical tree – the vision of Fire Safety Coordinator Lisa Anderson – included elves climbing a wooden ladder and a fire hose-turned-garland. While participants deemed the tree adorable, it was also created in honor of former Southwick Firefighter Badge #1 John McKay who died in June of this year. McKay’s wife, Lorraine, donated the firefighter themed ornaments that adorned the tree.

In third place was the Southern TriTown Girl Scouts’ tree. Located indoors, this tree featured ornaments made from the famous Girl Scout cookie boxes. A burlap ribbon garland was customized with the Girl Scout motto and a giant Samoa cookie tree topper.

The outdoor trees will be lit nightly through Dec. 26 from 6-8 p.m. and indoor trees can be viewed during Town Hall business hours.