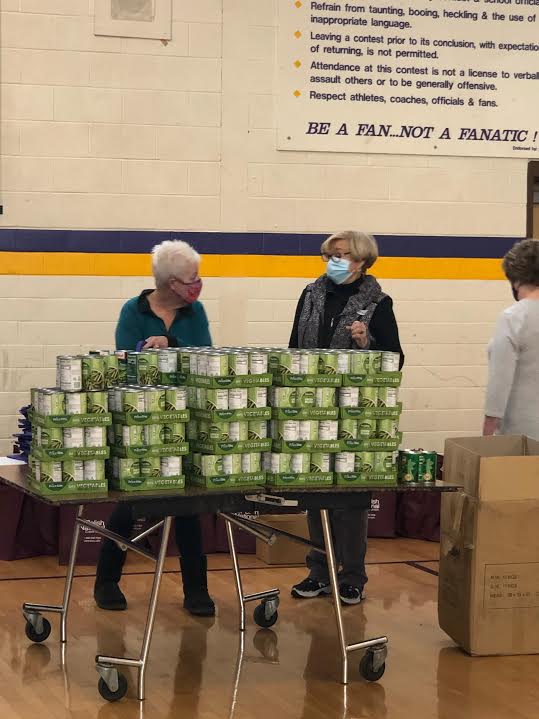 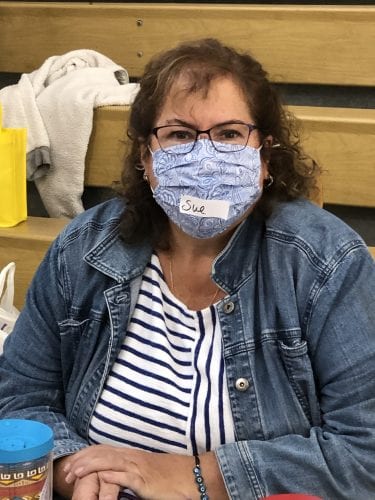 “This was the most successful community food drive with over 100 people in our community donating. Some donations came from out of state as well,” Figy said at the end of a day that began at 6 a.m. with Elm Electric bringing bags filled with green bean casserole ingredients for all the families.

Sue and Ralph Figy have organized the collection for many years and have a team of donors and volunteers who make it all run smoothly. Figy said in all, 287 Thanksgiving turkeys were donated to go to that many families, 100 of which were donated by sister companies ROAR and John Raymaakers and Sons. 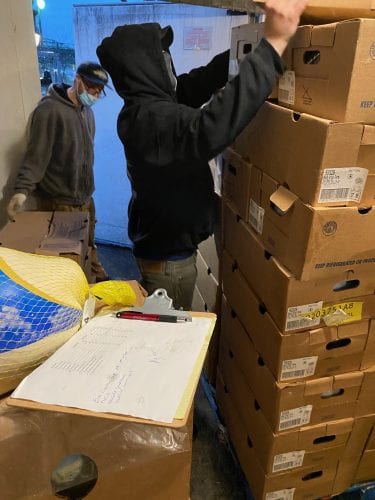 Community members also sponsored turkeys. “North Elm Butcher Block made donating turkeys very easy and safe. People were able to call or walk in and make a donation. Every single one made a difference,” Figy said. 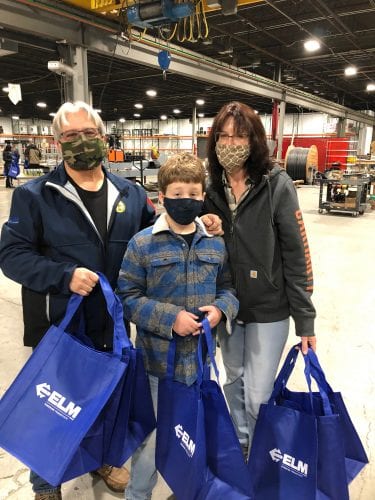 The Figy family — Sue Figy, Ralph Figy, Lauren Figy and John Cadigan and Dr. Sean Figy – donated the stuffing and gravy. Bill and Sue Phelan and a local anonymous farmer donated squash, and Lorena Dondley donated over 100 boxes of cereal, peanut butter and other items. Two people who wished to remain anonymous donated a large amount of various items that they put together for two families. 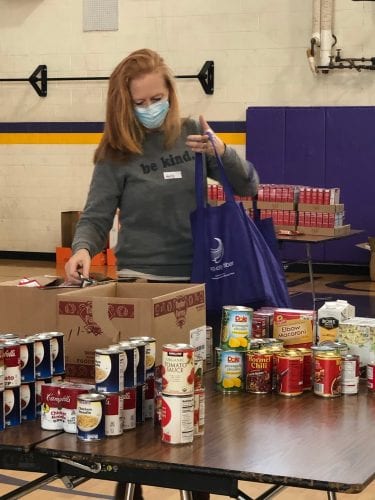 Figy said that there were many gift cards purchased to supplement the donations. Gift card donations ranged in all denominations, with people donating from $10 to $100.

“Our first delivery was at 6 a.m. by Elm Electric. From there, the volunteers filled their cars with turkeys, green bean casseroles, and potatoes. The cars drove in caravans to deliver the meals to the schools that they were assigned. All meals had been delivered to their schools by 10:30 a.m. It was a good day in spite of the rain,” Figy said. 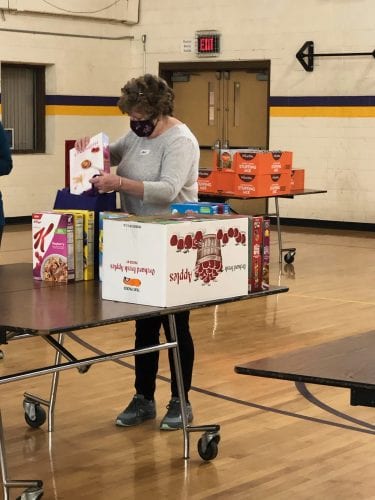 She said this was the second part of the meal, because the first part of nonperishables had been delivered on Friday, Nov. 20 by the same volunteers. “These volunteers have been doing this for seven years now,” she added.

“I am most thankful for this community. During this really stressful time, this was the most stress-free food drive we have ever had,” Figy said.