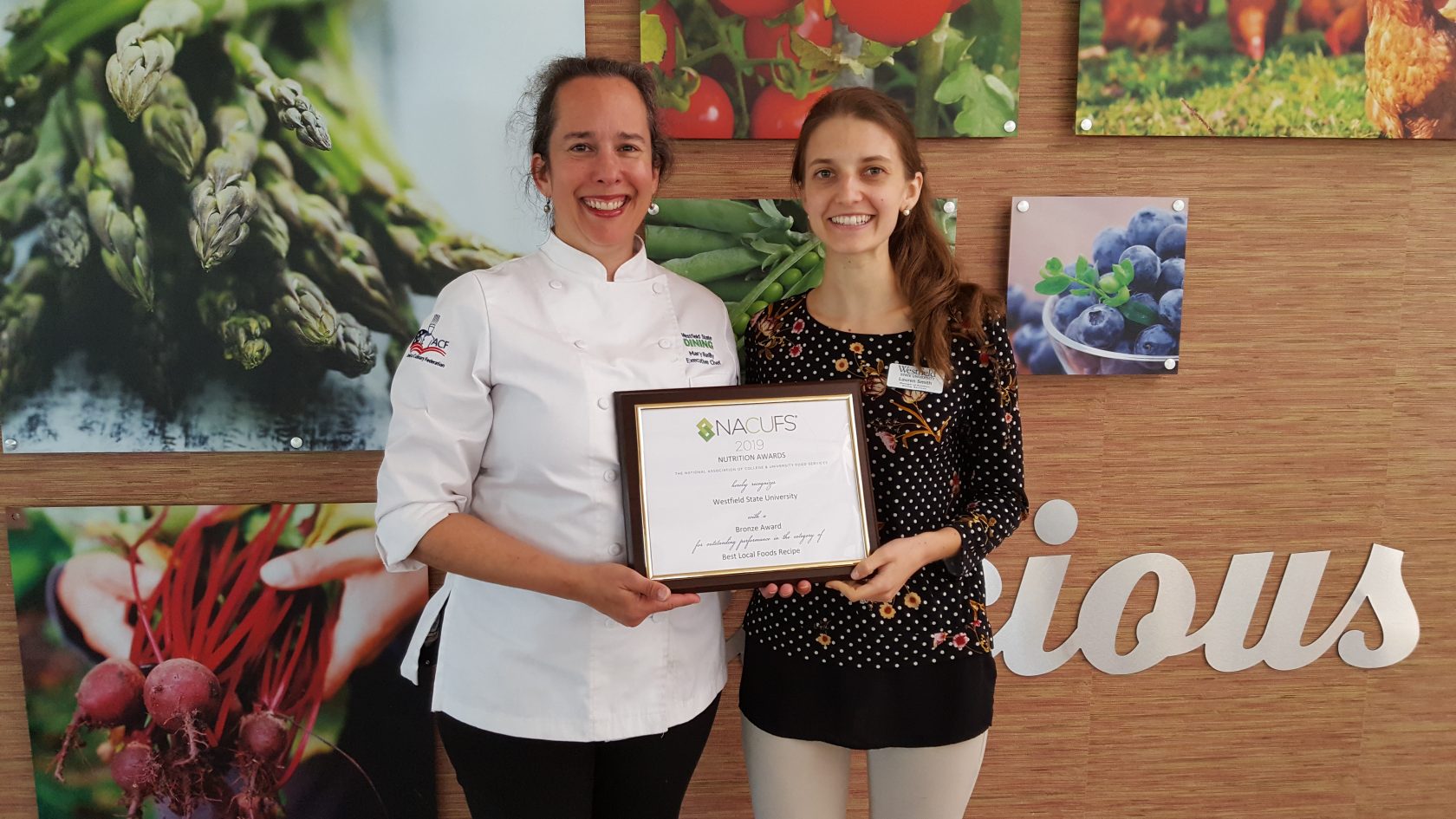 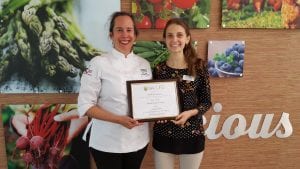 WSU Executive Chef Mary Reilly (left) and Dietician Lauren Smith with the plaque they received for their NACUFS award. (Photo by Peter Currier)

WSU Executive Chef Mary Reilly and Dietician Lauren Smith traveled to Denver July 10-13 to accept the award. They received the award for their black bean wheat berry burger on a whole grain bun, which Reilly and Smith said is made entirely with local ingredients.

“We do a lot of work here with local food. One of the reasons I was actually brought to Westfield was to increase our use of local food,” said Reilly. “When you have a fairly open challenge category, you sort of have to start with who your market is. Our market is our students and they love a hamburger.”

In their endeavor to use less meat with some of the WSU dining recipes, they went with the black bean wheat berry burger. Black bean burgers are a relatively common recipe that is used as a vegetarian alternative to standard meat burgers. Reilly’s chief complaint with normal black bean burgers is that they taste too ‘beany’ and may turn off the average person. 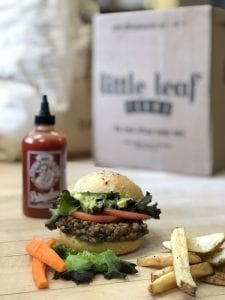 They then chose to add wheat berry, which is the seed of a wheat stock that is later ground up to become flour. The beans came from a farm in eastern Massachusetts called Baer’s Best Beans, while the wheat berry comes from Four Star Farms in Northfield. Everything, down to the flour for the buns and sriracha on the burger, is made within 100 miles of WSU.

“Part of it was that it was National Nutrition Month so it was on a menu with buffalo cauliflower, black bean brownies, and other things like that,” said Smith.

Reilly said that the challenge for all of these recipes is making them actually taste good, noting that it doesn’t matter how healthy something is if it doesn’t taste good. Luckily, the burgers had sold out at the dining commons at WSU while they were available.  In addition, there was a survey available for students to rate the burger, and the feedback was largely positive, said Smith.

“We are excited to bring this award back to Westfield State University and to be recognized nationally for our efforts in nutrition and sustainability,” said Director of Dining Services Andrew Mankus. “This award highlights our commitment to partnering with local vendors and farms to support the local and regional food system.”

Smith and Reilly joined the WSU dining team in July and December of 2016, respectively. They both arrived as Sodexo, the previous dining service used by WSU, was being removed in favor of the more home-grown approach they use today. They were able to make the transition through a grant from the Kendall Foundation, a non-profit that focuses on giving access to local foods at colleges.

“If we can train our students to make healthy purchasing choices and healthy dining choices, we are actually shaping their future dining and buying habits,” said Reilly.

“It’s really quite an honor to be selected for an award from that pool,” said Reilly.

She noted that the dining services at WSU will likely never stop serving foods such as pizza, burgers, and French fries. Their hope is that the students can make the healthy choice on their own just from constant exposure.

“The benefit of being an all-you-can-eat dining facility is that it doesn’t cost you any more to try a bite of something you may be unfamiliar with,” said Reilly, “The worst thing that can happen is that you don’t like it.”

Reilly and Smith said that they plan on entering the competition next year, although they did not specify what recipe they may use for it.