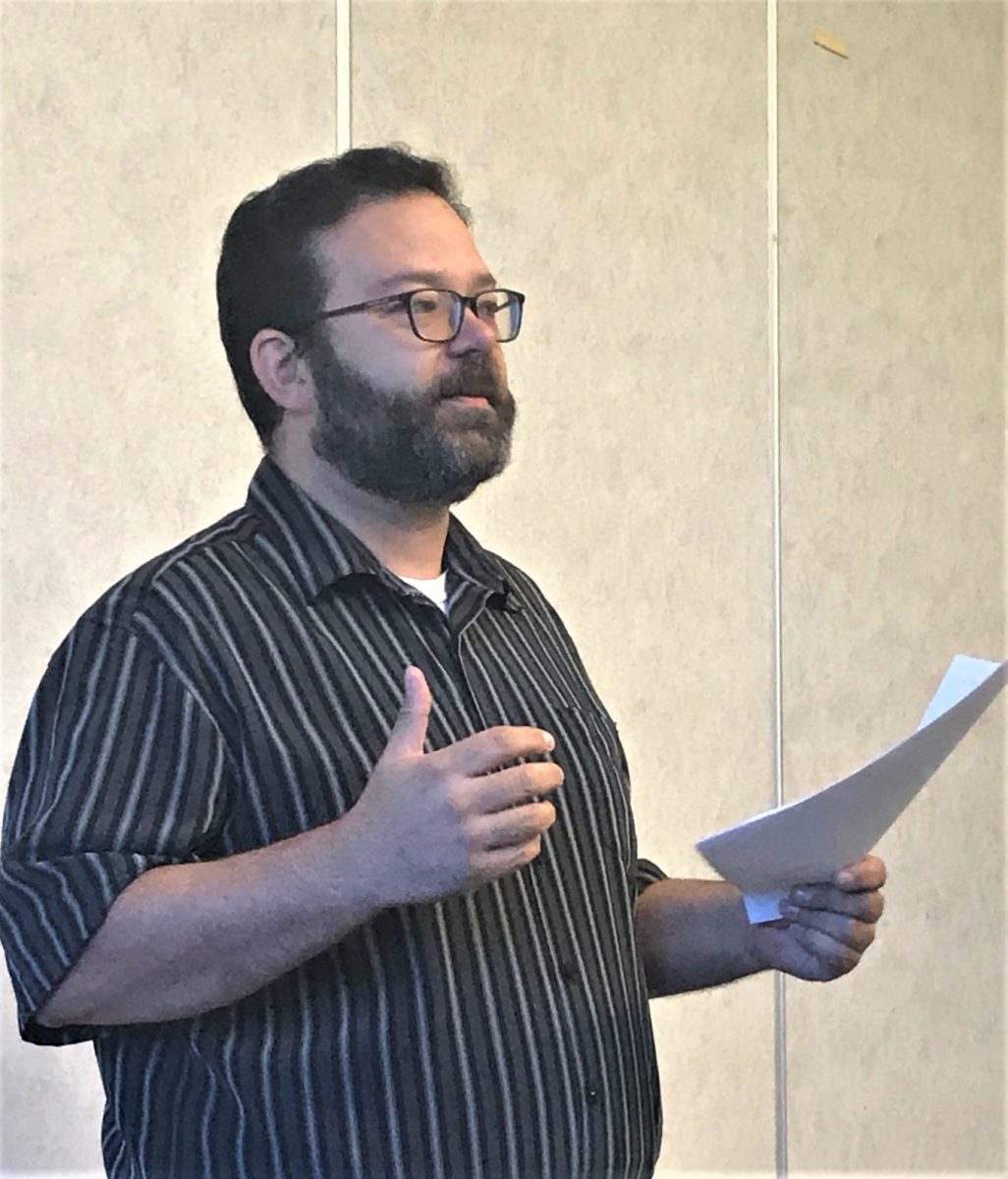 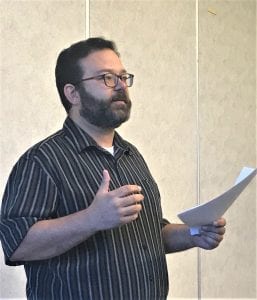 WESTFIELD- Westfield State University hosted a virtual open forum Tuesday afternoon to encourage students to vote and to talk about what voting looks like in 2020.
The forum was called  “Your Future, Your Choice – Voting in the 2020 Election.” It featured Professor Charles DiStefano, Professor Tom Gardner, professor David Smailes, and a state elections official. It was hosted by Emily Todd, dean of the College of Arts, Humanities, and Social Sciences at WSU.

The forum began with Todd asking each of the panelists to talk about their very first time casting a vote in an election.

DiStefano, director of the Master’s of Public Administration (MPA) program at WSU, said he first voted in the 1996 election between Bill Clinton and Bob Dole. Because he was in the Marine Corps and stationed in Quantico, VA, he had to vote by mail, a controversial idea 24 years later.

Smailes, who formerly taught at WSU but is now the director of Framingham State’s MPA program, said that he first voted in the 1980 election between Ronald Reagan and Jimmy Carter in Ohio. At that point in Ohio, one had to declare their party choice upon entering. When he said he was voting Democratic, the poll workers said to him, “Oh, isn’t that cute, he’s a democrat.” The election was won by Reagan in one of the most lopsided elections in U.S. history.

Gardner, who chairs the Communications Department at WSU first voted in 1968 in the election between Hubert Humphrey and Richard Nixon. He said he regrets writing in comedian Pat Paulson for his vote, as Humphrey fell to Nixon by just 600,000 votes.

“I urge people not to step away from this election,” said Gardner.

The panelists were all asked about what they were monitoring leading up to the election Nov. 3.

Smailes noted the significant number of people who have already turned out to vote early.

“I wouldn’t be surprised if this is one of the heaviest turnouts we’ve had in a Presidential Election,” said Smailes.

Gardner noted what he said was efforts by some groups to suppress the vote to their favor.

“There are always people in power trying to prevent other people from voting,” said Gardner, who was part of the Civil Rights Movement of the 1960s.

He said also that in the 1980s there were some locations where poll intimidation took place.

“Now the President of the United States is encouraging the same thing. There is a lot of effort to suppress the vote, and that makes it more vital that people who can vote go out and vote,” said Gardner.

The panelists also discussed the prospect of mail-in voting, which President Donald J. Trump has made an effort to discredit, citing no evidence.

DiStefano said that despite the resources that have been taken away from the postal service, one should be able to reliably get their ballot in through the mail if they do so early enough. He urged those who vote by mail to check Trackmyballot.com to make sure their ballot is accepted.

Gardner took the opportunity to talk about reliable news sources and the downsides of social media. He said that social media is largely responsible for the divisiveness the country is experiencing today.

“We are easily reinforced in our silos of what we already believe,” said Gardner, “The algorithms that work for marketing on the internet also work for politics.”

He said that the information one gets on a news feed on social media is designed to confirm what one already believes.

“Someone who is in office who sees their job as only firing up their own base will make it even worse,” said Gardner. “The threat to not leave office is part of that.”

He said that, despite the president’s claims that he would not accept the results if he loses, the constitution has survived for more than two centuries so far and there has never not been a peaceful transfer of power. He added that he trusted the Secret Service to do the right thing and remove him if it comes to that.

Gardner closed out the forum by advising people to take great care about the sources they get their news from and which polls should be trusted leading up to the election. He said to look at sources that represent different kinds of biases for the same story.