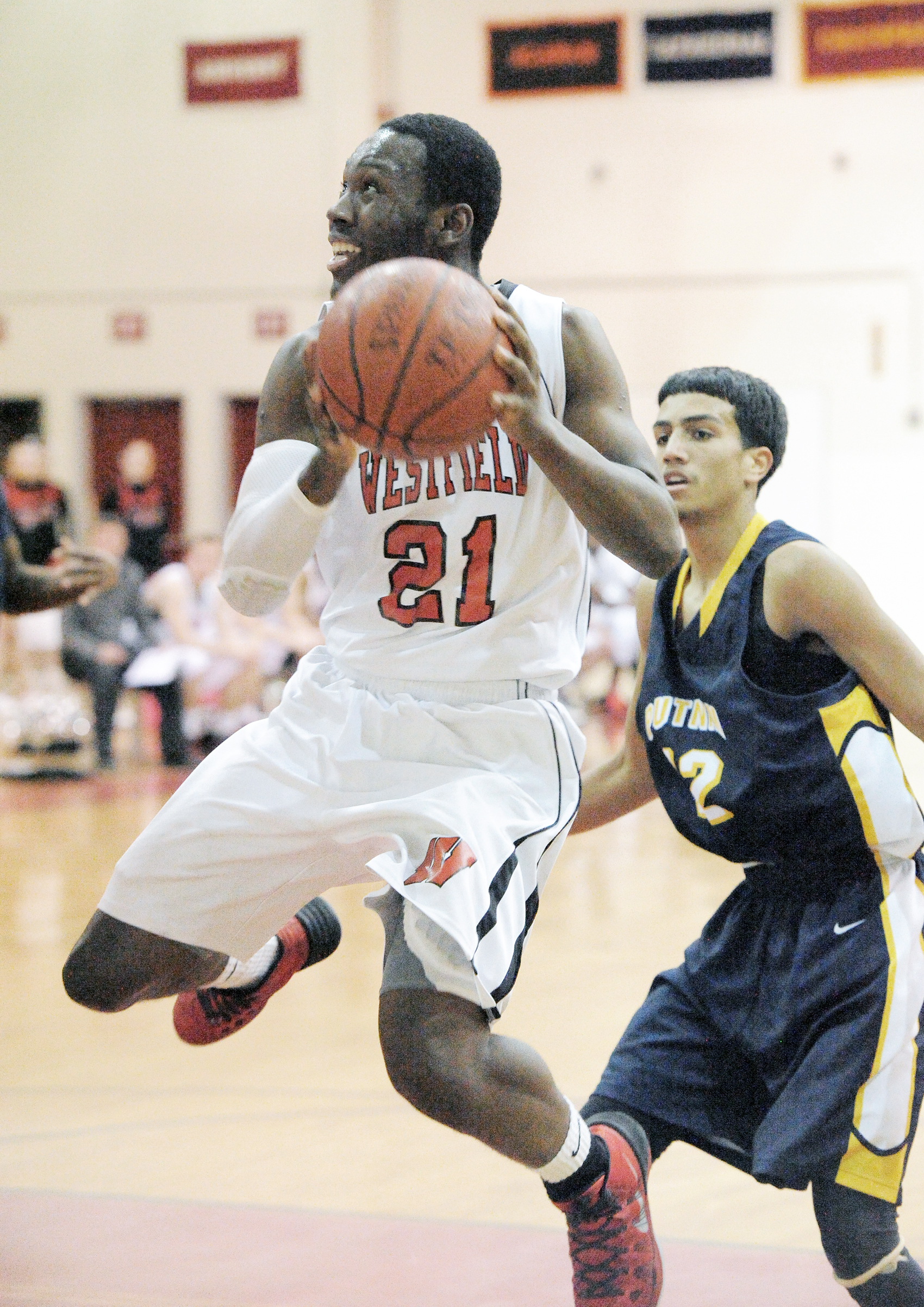 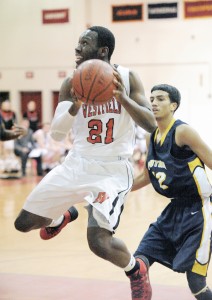 WESTFIELD – If the Westfield High School boys’ basketball team did not know what it takes to be the best, it sure does now.
The state’s top team, Putnam, rode out of the Whip City with a convincing 74-49 win over Westfield Wednesday night. The Beavers retained their unblemished record intact with a 12th straight victory to open the 2013-14 regular season.
“They’re just the complete package,” Westfield coach Bill Daley said of the opposition. “They play hard at both ends of the court, share the ball, have guys that can attack the rim, guys that can shoot the ball, they don’t turn it over – the list is endless.”
Putnam put on a clinic in the first quarter. Spurred by 12 points from David Murrell, the Beavers led 26-6.
The lone buckets to drop for Westfield in the opening quarter included a jump shot from Aric Laplante, a lay-up from Isaiah Headley, and a Richard Barnett 2.
The only thing Putnam appeared to be average at was free throws, converting 5-of-9 to open the game. The Beavers finished 13-of-20 from the charity stripe.
Putnam led 31-7 early in the third quarter before Westfield cut its deficit to the teens with a 13-5 run.
During that successful stretch, Barnett completed an and-one, scored off a turnover, and hit a 3-pointer. Headley made two free throws and also drained a shot from beyond the arc to pull Westfield to within 36-20 with 4:03 remaining in the first half.
Putnam responded with a run of its own, reeling off 11 of the next 15 points. Carlos Gonzalez hit a 2 and 3 in the waning minutes of the half. Westfield’s Alex Brown hit a nice turnaround jumper to close out the half.
In the second half, Putnam maintained a 20-plus point lead, and even flirted with a 30-point advantage for a brief period of time.
Westfield’s Colin Dunn and Riley Gartska each hit a pair of 3-pointers in the fourth quarter.
Barnett finished with 16 points. Headley had nine.
If you take away the first quarter points, Putnam outscored Westfield just 48-43.
“We struggled,” coach Daley said. “I thought we competed and played hard tonight. We were just overmatched.”