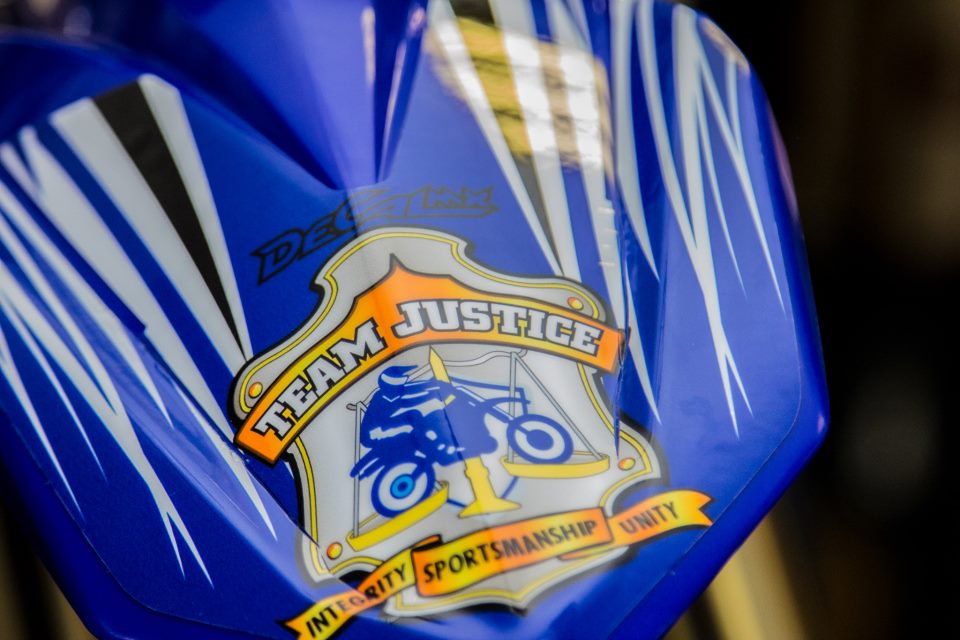 SOUTHWICK – One of three motorcycles stolen from Team Justice was recovered in Springfield Wednesday.
Southwick Police Det. Sgt. Robert Landis has been investigating the theft from a Southwick garage last month and said cooperation from other police departments, including Southampton, Westfield and Agawam, led to a group of suspects.
Team Justice is a motocross team founded by Kevin Bishop, a police lieutenant, to help at-risk youth. The theft from his own garage was a blow to the team and it looked like the 2016 season would be scrapped.
A fundraiser last week raised $17,000 for the team. That, coupled with the recovery of the bike in Springfield, has Team Justice back on track.
“We have reached our goal to replace all three bikes,” Bishop said. “And now we are able to go to Florida for a practice trip.”
The recovered motorcycle belongs to Team Justice rider Bradley Austin, who told Bishop he was as shocked to hear it was recovered as he was when it was stolen.
Landis said recreational motorcycles like these are rarely recovered. The Springfield Police have had numerous issues with these bikes being ridden on streets and they were investigating a group of suspects in motorcycle thefts. Landis said it was not the same group that stole the Team Justice bikes.
“I was able to give information to the Springfield Police and they went to serve a warrant on an individual and were able to find one of our motocross bikes, along with two others,” said Landis.
Springfield Det. Teddy Cass was instrumental to the recovery, said Landis.
“There will be charges coming out of this,” Landis said.
Southwick Police Chief David Ricardi praised Landis’ efforts.
“A lot of hard work went into this,” said Ricardi. “It was good investigative work.”