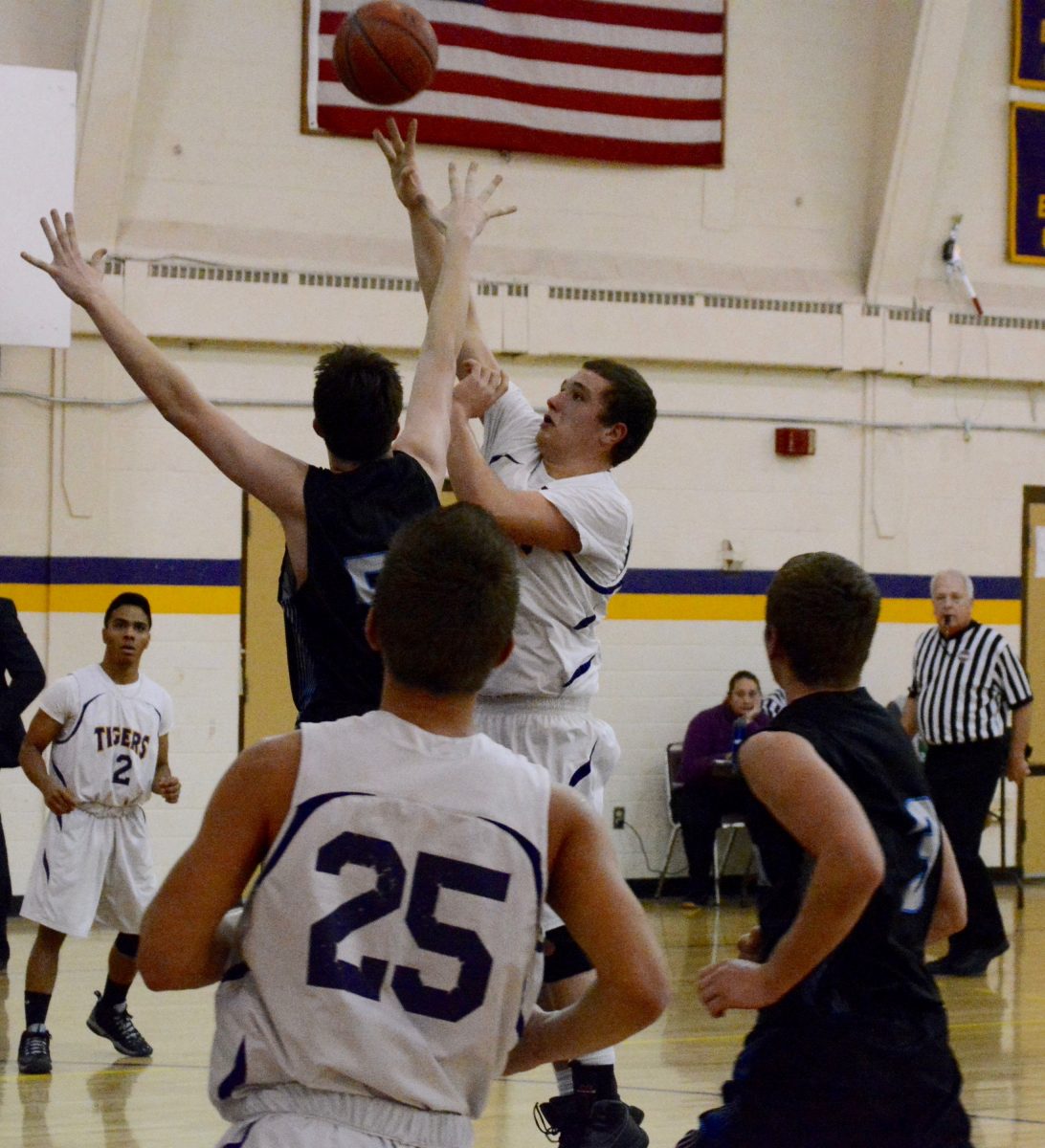 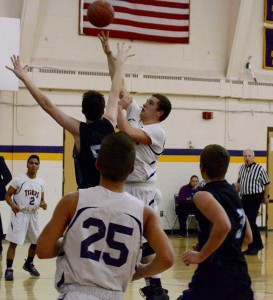 WESTFIELD – Franklin Tech spoiled a key home contest for the Westfield Technical Academy High School boys’ basketball team.
Franklin Tech made 30 trips to the foul line, converting 20 free throws en route to a 54-40 win over host Westfield Tech Thursday night. The Tigers attempted just five free throws.
“We had great effort tonight, but we still came up short,” Westfield Tech coach Kyle Dulude said. “The story of the game is that they got the line … We couldn’t get anything going down low.”
Westfield Tech’s Luis Ruiz came off the bench to score eight points off of putbacks, and 10 different Tigers scored against Franklin.
Westfield Tech rallied from a 20-point deficit to within 10 points, but could not close the gap further.
“We just couldn’t find that right connection,” coach Dulude said. “Their height in the paint caused us a lot of problems and didn’t allow us to go on that bigger run we needed.” 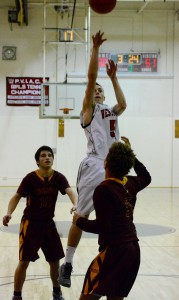