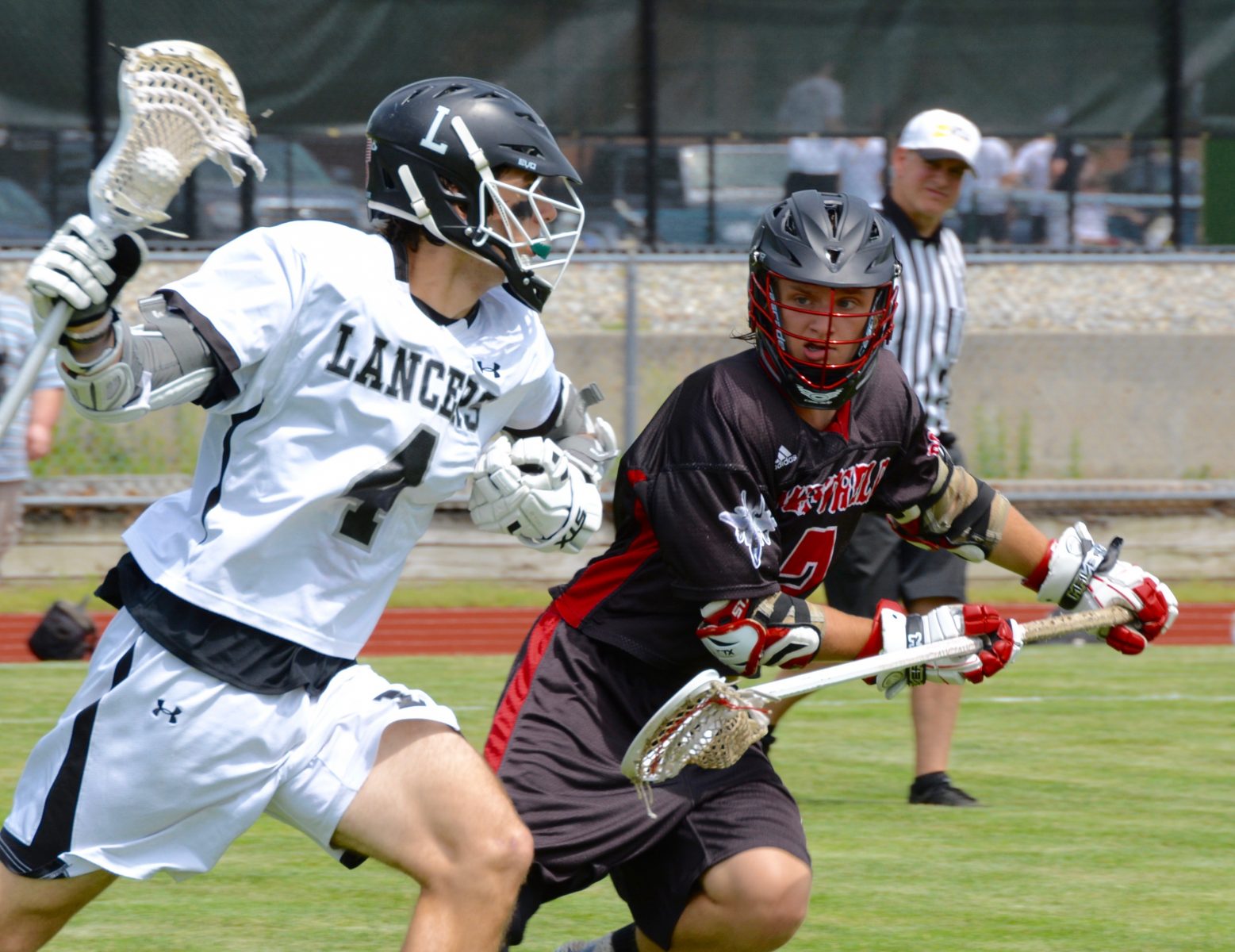 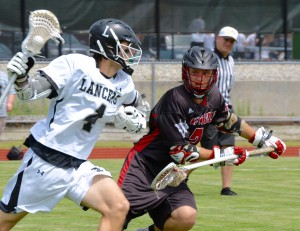 LONGMEADOW – Will Lukas netted seven points (3 goals, 4 assists), and Max Stukalin and Kristopher Campbell had six points apiece as second-seeded Longmeadow built a commanding 10-0 first half lead, and cruised past No. 7 Westfield 20-4 in a Central/West Division 2 tournament semifinal Saturday.
Stukalin finished with four goals and two assists; Campbell had three and three. The Lancers (16-5) scored five goals in each of the first two quarters to seize control of the game from the outset.
Mason Balch (2 goals), Anthony Sullivan (1 goal, 1 assist), Matt Bonsall (goal), Matt Chlastawa (1 assist), and Max Maggipinto (1 assist) accounted for all of Westfield’s offense.

WEST DIVISION 4 BASEBALL OPENING ROUND
Tigers run ends
No. 8 Smith Academy 2, No. 9 Westfield Technical Academy 0
Ninth-seeded Westfield Tech wasted a solid effort from pitchers Andrew Daniels and Nick Clegg, who tossed a combined three-hitter. The two pitchers struck out a total of 10 batters, and allowed two unearned runs.
“We made five errors today physically in the field,” Westfield Tech coach Kyle Dulude said. “At this stage of the game you can’t get away with. Mentally, we missed five signs today also.”
Daniels and Nate Boulay provided the only hits of the game for Westfield Tech.
“Their pitcher did a good job keeping us off balance,” coach Dulude explained.
“We have a lot of players with a lot of potential,” the Tigers coach added. “Hopefully they will use today’s experience to help them reach that potential.”
It was the final game for Westfield Tech seniors Tyler French and Brad Alvord.
Said Coach Dulude: “I have to say they were both class acts and will be missed.”

ALL-STATE TRACK & FIELD
Sanders, Prenosil, Piepergerdes lead way for Bombers
Westfield senior Morgan Sanders claimed the team’s highest finish – fifth – with her placement in the 100 meter hurdles at the High School All-State Track and Field Championships Saturday at Westfield State University. Sanders finished the competition in 15.35. Plymouth South junior Madely Sessler won the race in 14.78 … Westfield junior Ryan Prenosil placed 10th in the 800 meter race with a time of 1:55.73, and junior Gabriel Piepergerdes finished sixth in the outdoor pentathlon (he was second in the 1500 meter dash with a time of 4:37.97).