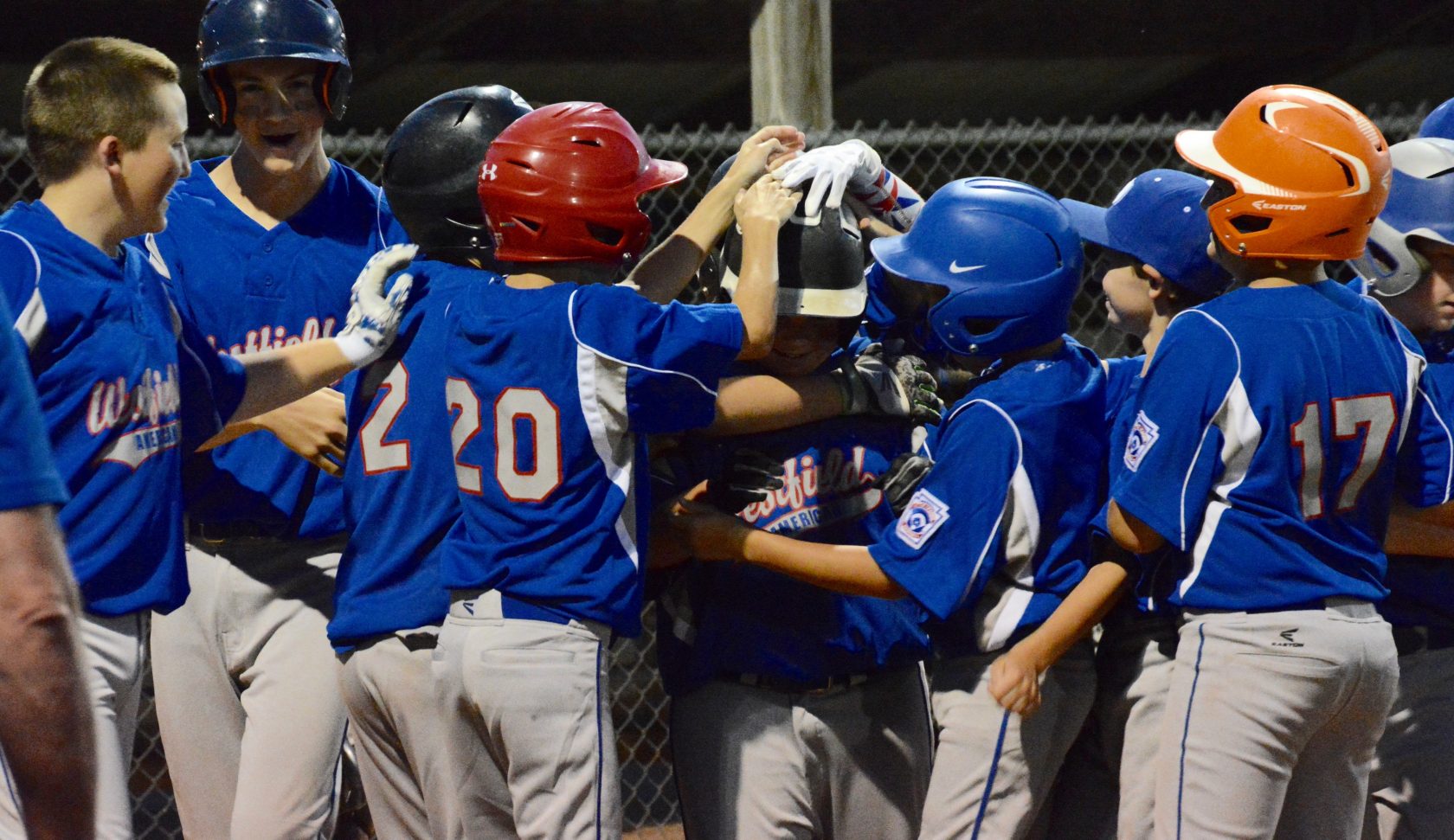 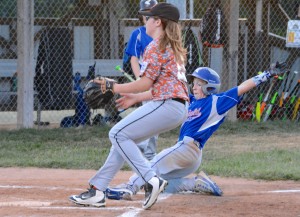 Colby Nadeau slides in safely for the first Westfield American run in the top of the third inning. (Photo by Chris Putz)

BELCHERTOWN – The Westfield Little League Baseball American 11-12-Year-Old All-Stars fell behind by a field goal but touched down on the road against Belchertown in a major way at mini-Fenway.
Westfield American rallied from a 3-0 deficit to defeat host Belchertown, 8-4, in a District 2 opening round tournament game Thursday night.
Jeremy McCormick (3-for-4) provided the pop at the plate, powering Westfield American ahead with a two-run double for a 5-3 lead in the fourth inning, and blasting a towering two-run homer to right-center field in the sixth for a five-run advantage.
“I was just trying to put the ball in play – I ended up hitting it out,” McCormick said of the long ball. “I think that third inning got us going, and then we just kept going from there.” 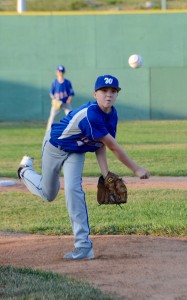 Belchertown came out fired up from the outset in front of a large home crowd. Lead-off batter Tyler McDonald reached on an infield error, and Andrew Fijal followed with a two-run homer. Gina Camerota singled, advanced on a wild pitch, and scored on a Matt Tilton RBI single.
Belchertown’s batters nor the Green Monster could shake the confidence of Westfield American starting pitcher Troy Hevey.
Hevey settled down, settled in, and took control.
“We were a little afraid at the first inning, but then we started to get comfy and we started to hit the ball and make good plays,” Hevey said.
After Belchertown took a 3-0 lead in the first, Hevey got out of the inning without further damage by forcing two straight groundouts and a K. He went on to retire 13 of the next 14 batters, and allowed just one more run the rest of the way, a harmless run scoring hit in the sixth. 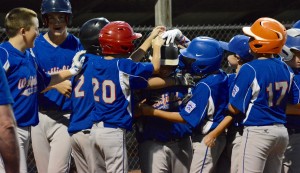 Westfield American made several solid plays on defense, including a nice stop by Ryan LaPoint at second base to prevent two runs from scoring with a throw to first base for the final out of the fifth inning.
Hevey managed to beat the maximum pitch count by one pitch before facing the final batter of the game. He finished with seven strikeouts.
“I couldn’t have pitched the whole game if my team didn’t hit good,” Hevey said.
The hitting was more than good – it was exceptional.
Colby Nadeau (3-for-4, double, 2 runs, 2 RBIs), Aidan King (4-for-4, run), Noah Gardner (2-for-2, RBI), and Bobby DellaPenna – who stretched a double into a triple with some fancy footwork getting out of a pickle, and eventually scored – also contributed to Westfield American’s offensive outburst. 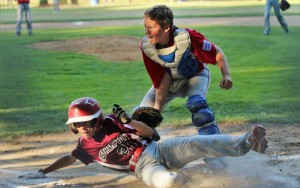