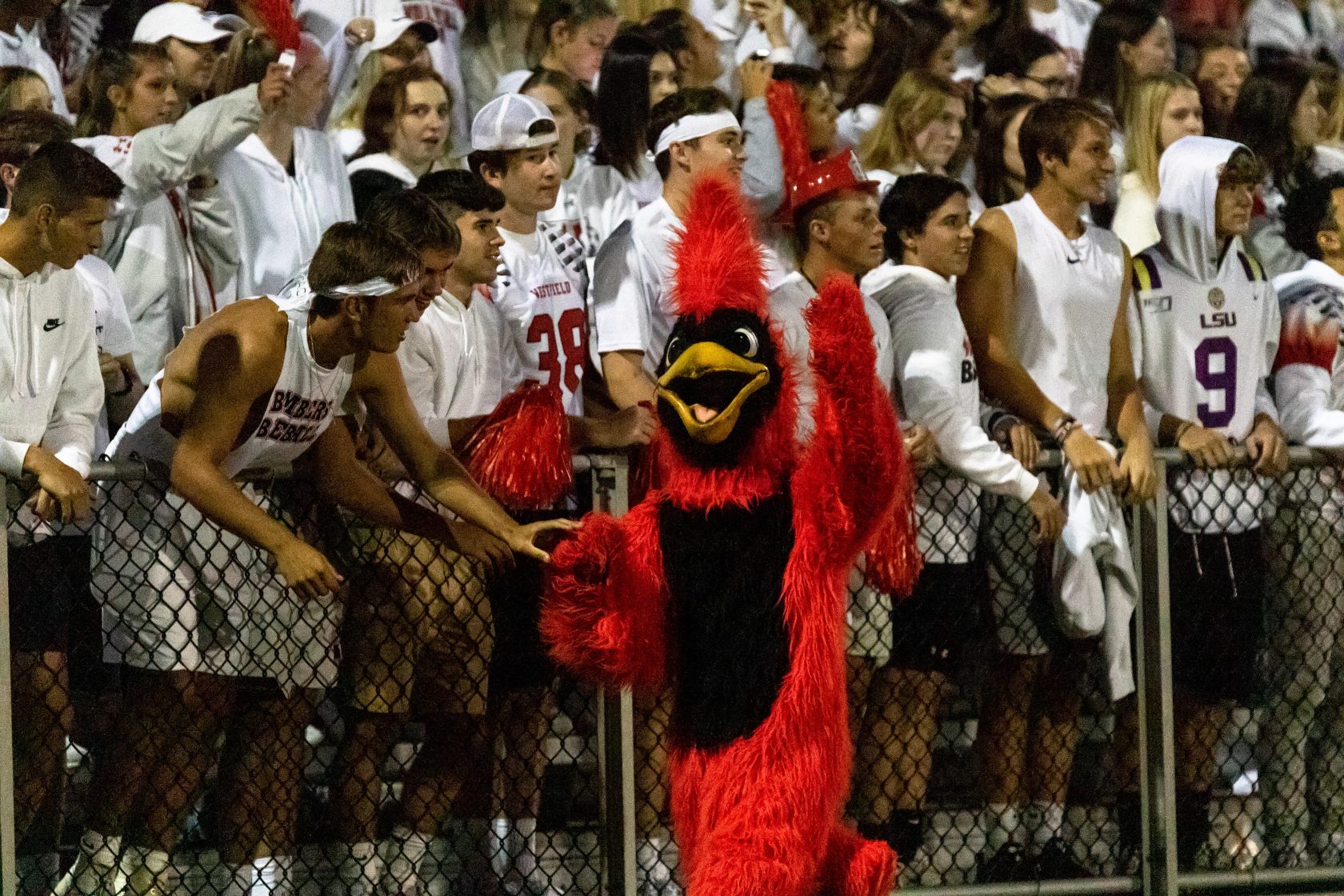 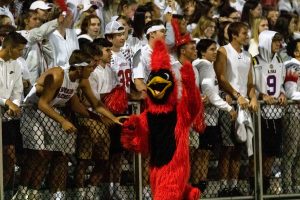 WESTFIELD – Westfield High School senior Aiden Poirier is best known for his stick-handling skills on the Bombers hockey team, but he has become an inspirational force behind the fandom surrounding the school’s football team.

Poirier is the school mascot – the Bomber Bird.

“Because I play hockey, I know how awesome it is to have school support, to look up in the stands and see your friends and fans and everyone going crazy,” Poirier said. “It fuels the game.”

Earlier this season, Poirier was joking around with friends about the idea of playing the role of the team mascot, since the costume had lain dormant for a few years. The senior approached Westfield High athletic coordinator Ryan Dunphy, making the formal request to be the team mascot. Dunphy, who also once donned the costume for a pep rally during his senior year nearly 20 years ago, gave his stamp of approval.

“The Bomber Bird creates an extra level of community and excitement,” Dunphy said. “Your student fan base and community is completely based off of how invested the kids are.”

For Poirier, it was all about creating a buzz with fan support. “I think it’s important to have that unity within a school, a team,” he said.

The school has been abuzz lately over the success of the Westfield High School football team. The Bombers went 6-1 during the regular season, losing only to Western Mass. powerhouse Central, before defeating Fitchburg and Plymouth South in the Division 3 state playoffs to earn a trip to today’s semifinal against top-seeded, undefeated Marblehead. The game will kick off at Shrewsbury High School at 3 p.m. 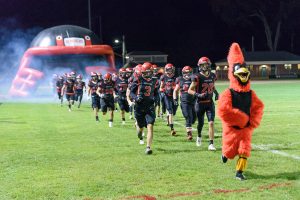 The Bomber Bird leads the Westfield High School football team out of the inflatable helmet prior to a regular season football game. (MARC ST.ONGE/THE WESTFIELD NEWS)

“We’ve all come together to watch this insane season happen,” said Poirier, who just so happens to be friends with several key players on the team like seniors Ryan Cimini, Silas Yesu, and the Collins brothers, Matt and Michael. “I think this is one of the most special teams that has ever come into the high school. They have really taken that underdog mindset and ran with it.”

The student body cheering section has been nothing short of amazing this season, raising the noise and participation level to new heights. Poirier has been a big part of that rise.

The pinnacle of the team’s success came last week when Westfield stunned Plymouth South on the road. The Bomber Bird led the fan section with a spirited effort. After the celebration on the field ended, the players thanked the fans for their contribution to the game.

“I feel like I’m a part of the team,” said Poirier, who joined the final group circle for a team photo with the Final Four banner and trophy. “It has almost become a responsibility.”

While Poirier has been tasked with taking care of the suit, that was quite the challenge earlier this season when temperatures were much warmer.

“I can’t say it was an enjoyable time,” Poirer explained. “Warm might be an understatement. It is like 20 to 30 degrees warmer [inside the suit] than it is outside. … It does not smell good after the football game … [but] now that it’s cold, it keeps me nice and warm.”

Thankfully the suit was dry-cleaned earlier this season, but, Poirier said it still requires quite a bit of deodorizing spray after most games.

Game day preparations for the man in the bird suit typically begin early in the week.
Poirier begins to build hype for the football team on social media, shares game details with students and fans, providing info on how to the get to the game and how much it will cost to attend, and plans a student bus, if necessary, and also directs the fans what to wear to the game. 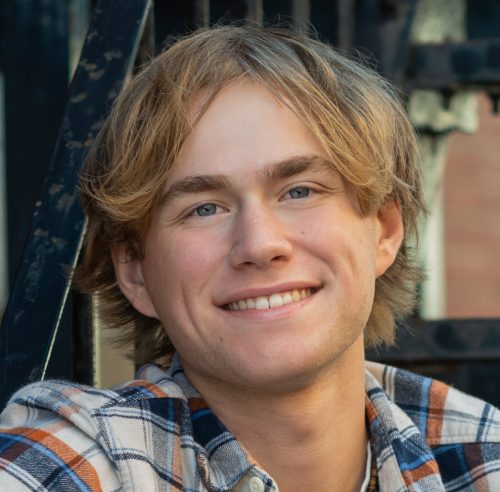 Aiden Poirier is the man behind the Bomber Bird.
(ANDREA YORK/SUBMITTED)

“We’re really just trying to play a mental game with the other team,” said Poirier, who also noted that they will be quite vocal from the very start of the Nov. 20 game against Marblehead. “We’re going to start off strong, let them know who we are. It’s going to be one of the more thrilling ones.”

At 5 feet, 9 inches, Poirier will once again don the Bomber Bird and lead the team’s cheering section.

“There has never been a sport, a student body that is so connected together, so unified,” he said. “It helps [the football team’s] drive to win. I think that’s incredible.” 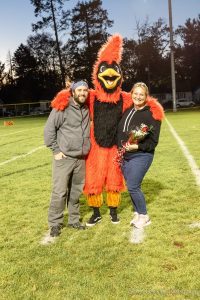 If Westfield wins on Saturday, there will be one more drive for fans — to the Patriots’ home field, Gillette Stadium in Foxborough, for the Division 3 state finals. But it won’t stop there.

“Everybody makes it a priority to be at every game,” Poirier said. “I hope to carry that over into hockey and basketball and spring sports.”

Poirier said he attempted to go to the golf championship dressed as the Bomber Bird but was told by the coach that “I’d be more of a distraction to our team than the other teams.”

While Poirier will be unable to suit up as the team mascot during hockey games, he said there will be a “ceremony of passing the bird” with another student or students taking over for those contests.

“I love every inch of it,” he said. “I know when it’s the hockey team’s time, all of my football guys will be there supporting us.”