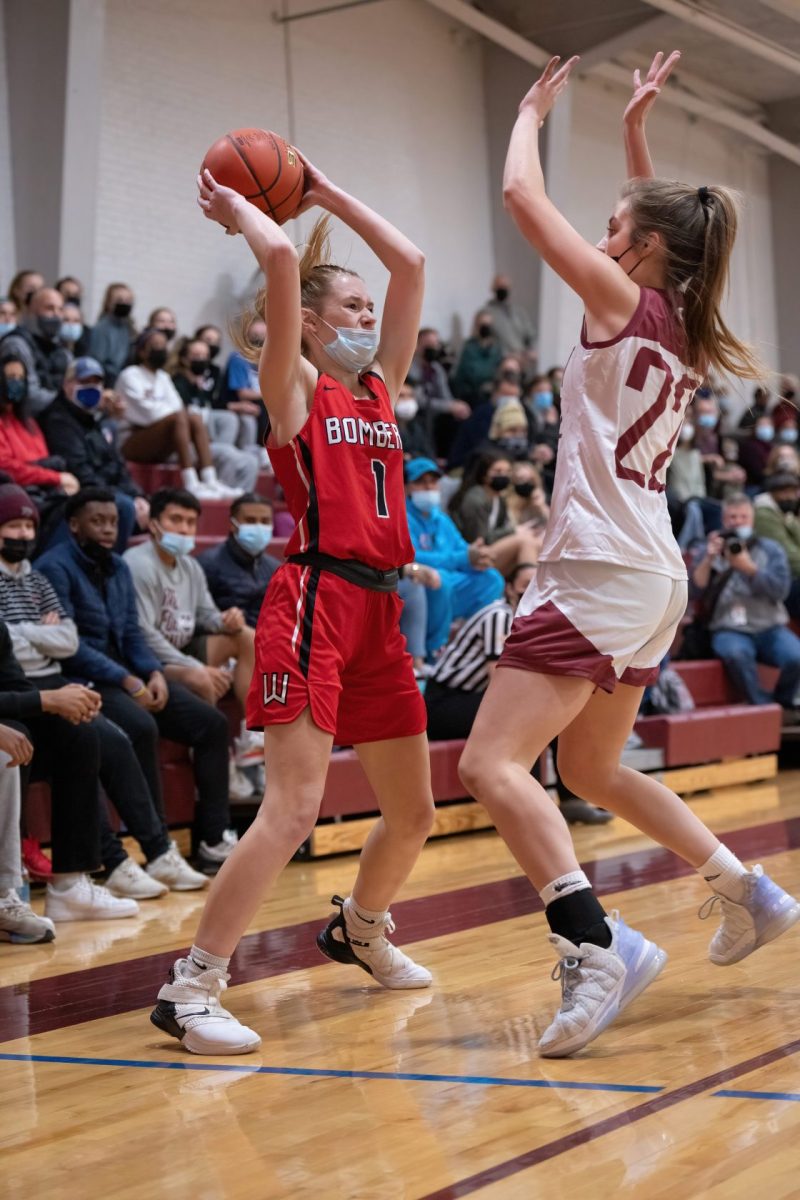 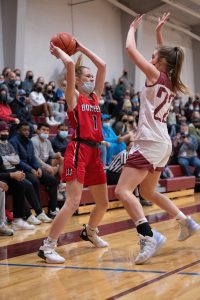 AMHERST – Amherst senior Delaney Macphetres spoiled Westfield’s opening night, scoring a game-high 18 points as the Hurricanes blew away the Westfield Bombers 69-17 Thursday.
Macphetres and teammate Tessa Kawall (16 points) combined for nearly half of their team’s points.
It was a close game early.
Westfield trailed by just four points at the end of one quarter, 12-8, but Amherst took control in the second quarter with a 16-0 run. The Hurricanes outscored the Bombers, 41-9, over the course of the second half.
Piper Ashton led Westfield with seven points. The Bombers will attempt to turn things around Monday night at home against the Holyoke Purple Knights. Game time is 7 p.m.

BOYS SWIMMING
Bombers slip past Hurricanes
Westfield 88, Amherst 79
Jaden Noel and Anton Bonacci each won two individual events and combined forces for a pair of relay victories as Westfield’s 8-person boys swim team nipped Amherst in a season opener swim meet Thursday.
Noel won the 200 individual medley with a time of 2:07.87 and the 100 butterfly in 58.16. Bonacci finished first in the 100 freestyle and 100 breaststroke with times of 52.20 and 1:05.51, respectively.
The two swimmers teamed up with Zach Ellis and Pat Callahan for a fast first-place time of 1:48.18 in the 200 medley relay, and with Ellis and Logan Szenda for gold in the 200 free relay (1:39.25).
Ellis won the 50 free (23.92) and Szenda won the 500 free (5:39.81).
“On the boys side, we have a very small team,” Westfield High School swim coach Tom Lewis said, “but most of them are Western Mass championship caliber.”

GIRLS SWIMMING
Russell paces Bombers
Amherst 131, Westfield 35
Ally Russell led Westfield with strong swims in the 50 freestyle, 100 backstroke, and 200 free relay with Lauren Nubile, Lauren Beaulieu and Jillian Battles. Each swim garnered a second-place finish.
It was the first in-person meet in two years for the swim program.
“It was really nice to swim in person and watch the kids race and cheer each other on,” coach Lewis said. According to Lewis, it is the smallest team he has ever fielded.
“Covid is still keeping some participants away, but the biggest issue is the lack of having our own pool functioning,” Lewis said. “We have been blessed with having Westfield State and the Boys & Girls Club helping us out, but the very late practice times and the added travel has caused some students to not participate this year. It is also very difficult splitting the practice time between two venues on the same day. With that being said, I was very proud of how we swam today.”