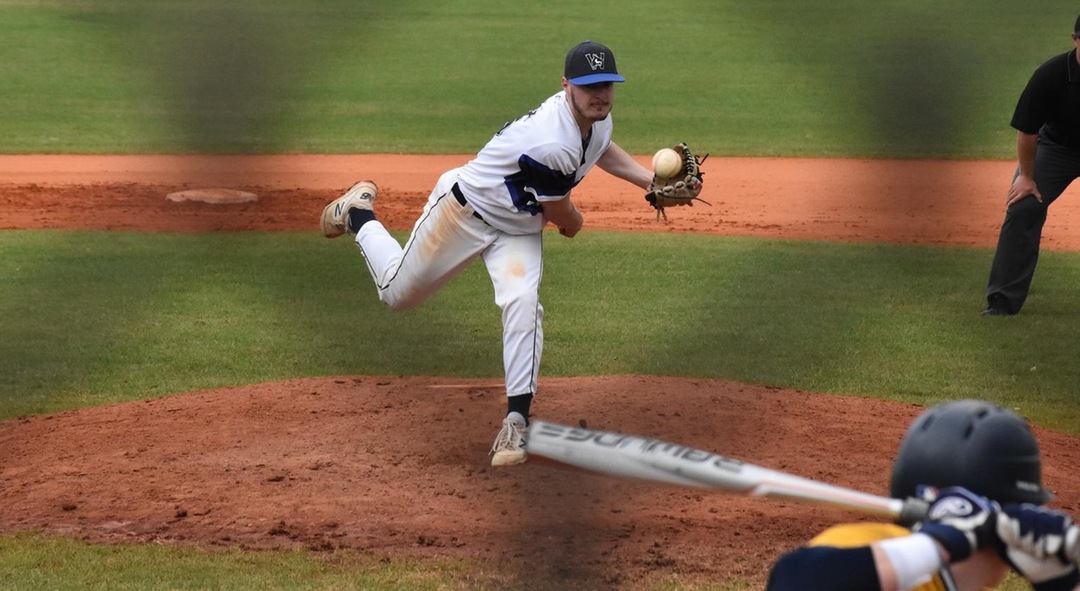 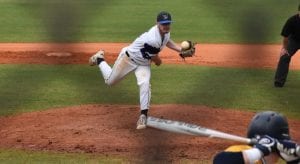 AUBURNDALE, FLA. – Westfield State erupted for six runs in the first inning, but the Owls couldn’t hold off #15 ranked Wesbter (Mo.) University, as the Gorlocks took a 12-9 win over Westfield on Monday morning at Lake Myrtle Park.
Westfield State junior outfielder Steve Saucier led off with a base hit and came around to score the first run of the game, and then capped the big inning with a 2-rbi double down the left field line as the Owls batted around in the bottom of the first inning.
Bryant Dana added a 2-run single in the first for Westfield State.
The Gorlocks, a College World Series participant a year ago, chipped away at Westfield State starter Vincenzo Camera, getting two runs in the third, then two more in the fourth on a 2-run home run to right field from designated hitter A.J. Smith.
Webster (5-3) grabbed the lead in the fifth inning, tallying five times off Camera, all with two out in the inning. Two walks and two hit batsmen set the table for Webster, with the big blow coming on a bases-loaded infield single by Mitch Daniels to score one, with two more runners coming around to score on a throwing error for the 9-6 lead.
Westfield State (1-4) got one run back in the sixth inning as Brett Dooley scored from second after an errant pickoff throw to first sailed down the right field line.
The Gorlocks added one in the seventh on a squeeze bunt, and then tacked on two more in the eighth on a RBI single from Ben Swords and a RBI double from Kyler Kent.
Westfield State trimmed the lead to 12-9 in the bottom of the ninth, as Sean Moorhouse singled to right field to start the inning. The Owls loaded the bases, and Dana drew a walk to push in Moorhouse to trim the lead to 12-9. Pinch hitter Kyle Darby followed with a looping liner over second base that Webster second baseman Daniels made a tremendous catch on while diving with his back to the infield to record the final out of the game.
Dana finished 2-4 with a career best 4 rbi, and Saucier added three hits in five trips. Moorhouse and Casey Boudreau each had a pair of hits for the Owls. Camera (0-1) took the loss,
Daniels finished with three hits for Webster. Alex Foppe (1-0) earned the win in relief, with Matt Mulhearn coming on to get the final two outs for his second save. – Courtesy of Westfield State University Sports