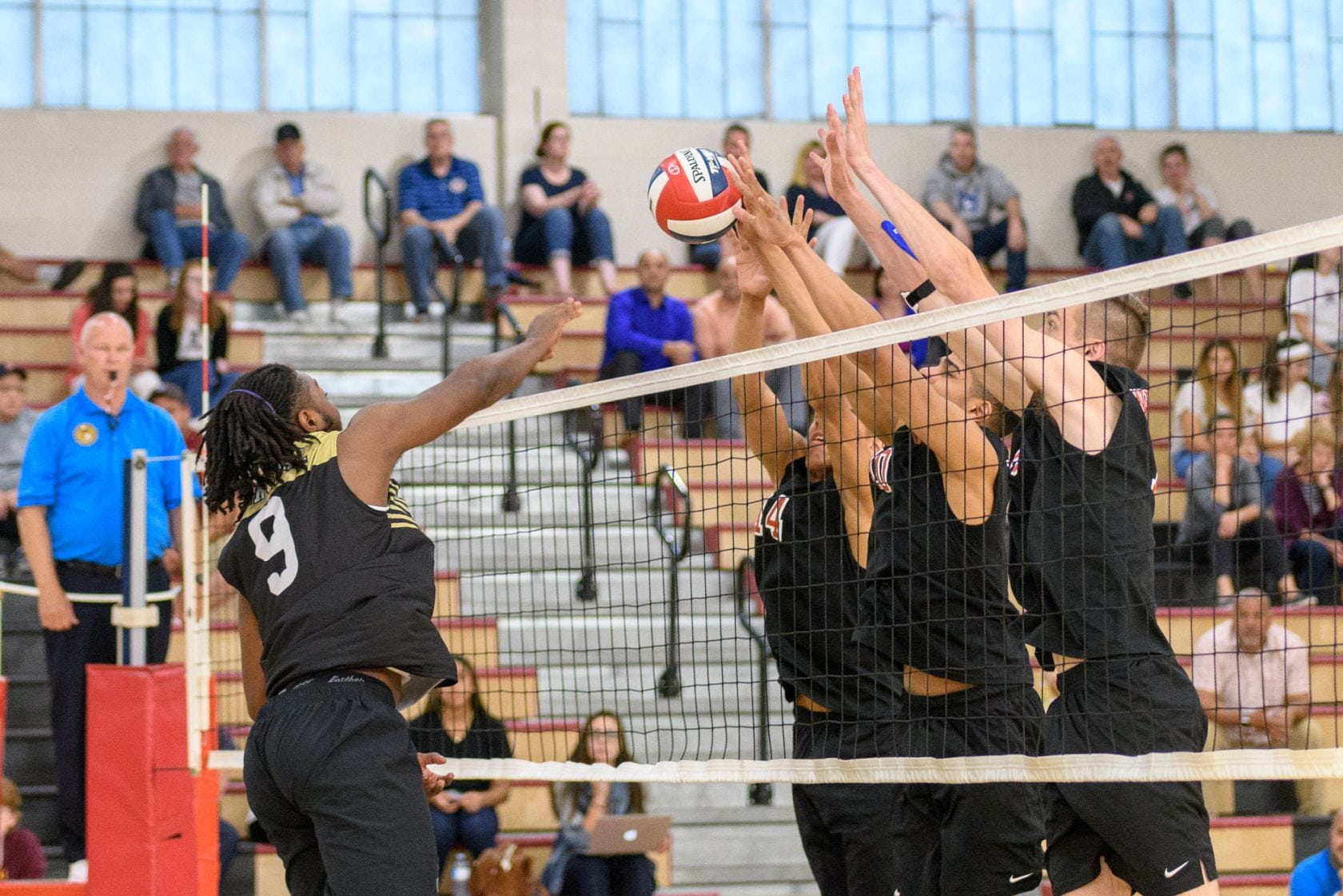 WESTFIELD – The last time Westfield senior student-athlete Javier Santos saw the Central Golden Eagles, they were celebrating a trip to the Western Massachusetts boys basketball championship after handily beating the Bombers in the semifinals.
This time was a bit more joyous as Santos and the Bombers smacked down Central, turning back the Golden Eagles, 25-12, 25-20, 25-11, in a Division 1 boys volleyball semifinal Wednesday night in the Whip City.
Santos came out with a purpose, landing nearly a half-dozen kills in the first set. He finished with 10.
“I think the thing that sets us apart from other teams is that we compete at a high level every day in practice and that makes a difference on the court in games,” Santos said. 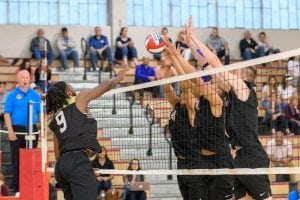 Unlike basketball though where the defense may clear out and let the other team’s ball-handler go one-on-one against a defender, the outcome in volleyball often weighs more heavily on the rest of the team. And while Santos may be able to outmuscle and outjump a defender to make a basket, it is much more crucial that his teammates elevate their game around him in volleyball to have similar success.
“Volleyball is way different from basketball,” Santos said. “(It’s the) greatest team sport.”
His teammates rose to the challenge against Central on Wednesday, countering every attempted rally and deflating their hopes with a suffocating attack.
Santos delivered several kills in the opening set. In that set, four other Westfield players (Luis Castro, Shane Kiendzior, Gabe Santos, Ryan Murray) also recorded kills as the Bombers overwhelmed the competition.
Murray had a nice series late in the set, getting a kill and following it up with an ace.
Central briefly flirted with a one-point lead early on in the middle frame and even led by two, 7-5, following a fantastic block from Central’s lanky, athletic superstar, Ta’Nye Crichton (22 kills, 5 blocks).
Westfield took control midway through the set though after Kiendzior posterized a Central player with a sensational kill that left the Golden Eagle frozen at the net like he just got dunked on.
“We try to up the level every day,” Westfield coach Tyler Wingate said. “We get a lot of contributions.”
Westfield put together the match’s largest run (6-0) – for either team – early in the third set as Prem Gurung served the Bombers to a 7-1 lead.
A short time later, both teams combined for the longest rally (a beauty to behold) that ended with Kiendzior delivering a kill. Later in the match, he also made nice back-to-back plays with a kill and ace of his own. He racked up 13 kills.
Castro contributed 32 assists, Gabe Santiago made 12 digs, and Murray finished with five kills and three aces.
“It really comes down to their competitiveness in the gym,” Wingate said, referring to a team made up of players vying for their fourth straight Western Massachusetts title and second straight state championship. “They’ve seen what the expectations are now and in the past,” he said. “So many players have stepped up to fuel this run.”
An astonishing eight players were selected this season to represent Westfield at the International Volleyball Hall of Fame game.
“That’s our team this year,” Wingate said. “Contributions across the board.”
No. 1 Westfield advances to the D2 finals Wed., June 13 at Holyoke Community College at 6:30 p.m.