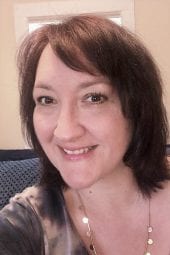 It seems hard to believe, but it’s election season again.

The presidential election aside, locally, residents will have the chance this November to elect a U.S. Senator, state senator and state representative. Current Democratic state Sen. John C. Velis, who won the seat in May, will be challenged once again by Republican John Cain of Southwick.

Allie and Pease will face-off during the Sept. 1 Primary Election as will U.S. Senate candidates Sen. Richard Neal and Holyoke Mayor Alex Morse, both Democrats.

How lucky we are to have so many choices. And honestly, I think they are good ones. Each candidate truly seems to have the needs of Westfield – and Southwick – at heart. The Westfield News will help readers learn more about the candidates with profiles of everyone on the ballot prior to the November election, starting with Pease and Allie later this week.

I often hear people complain about the government and its leaders. And while it’s frustrating to have leaders with whom you disagree and did not vote for, I cannot imagine being in their shoes. I am not a politician and do not want to be. Making decisions in the best interest of the most people is a difficult job, and we are fortunate to have so many people willing to take on that responsibility. As voters, it’s your responsibility to learn as much as you can about each candidate and vote for the person you believe will do the best job for the community.