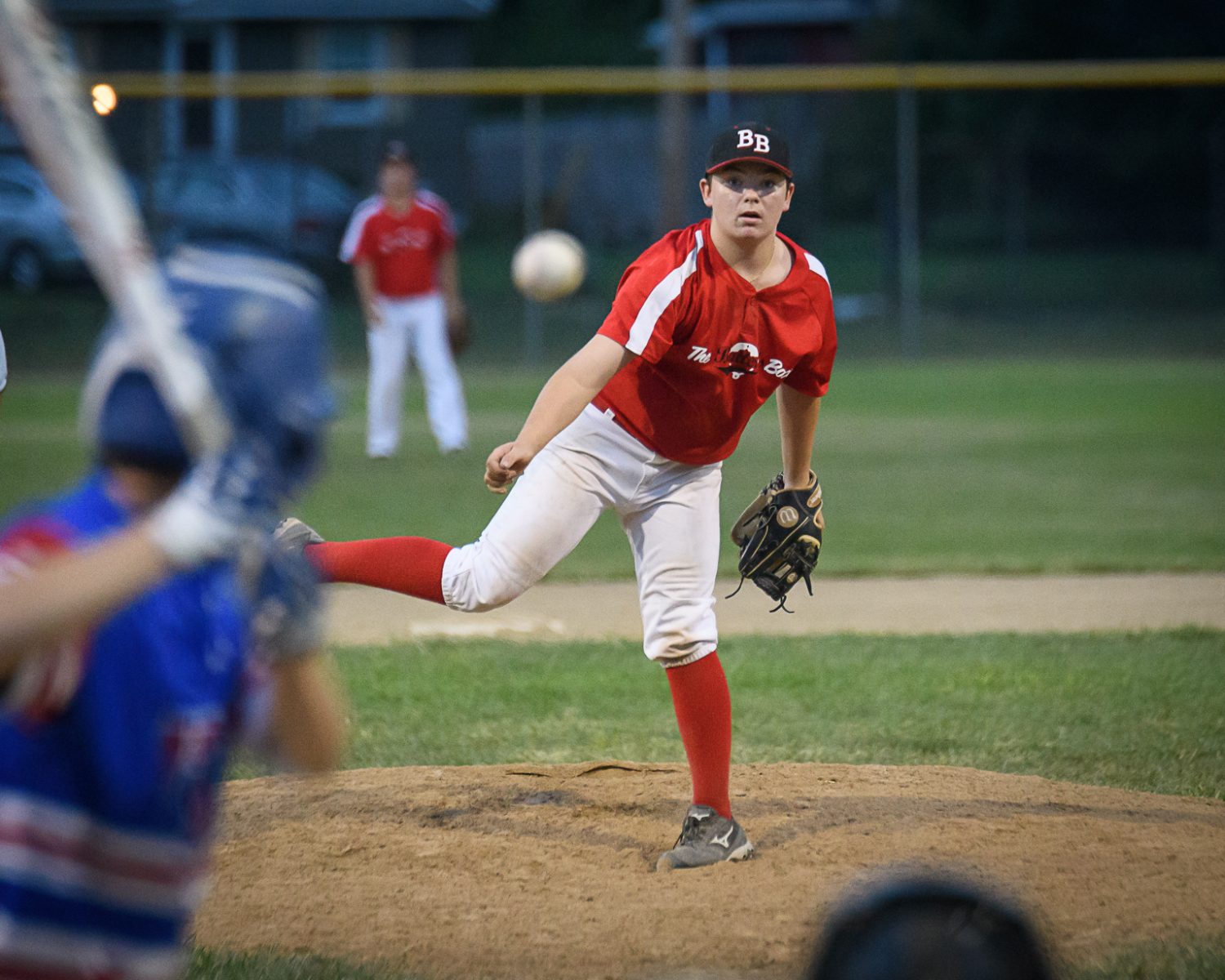 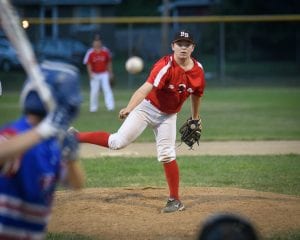 WESTFIELD – It is a “Dunn” deal. Batter’s Box is championship bound.
Ted Dunn tossed a one-hitter over five impressive innings, and No. 2 Batter’s Box bludgeoned top-seeded ITI 11-0 in the winner’s bracket final of the Greater Westfield Babe Ruth Baseball Dan Welch City Cup Sunday night at Bullens Field.
Batter’s Box advances to the championship game Thursday night at Bullens Field at 7 p.m.
While Dunn mowed down the competition – – he struck out five batters – – Batter’s Box also effectively owned, well, the batter’s box, against ITI.
Aidan King got things started for Batter’s Box in the second inning with a single through the left side of the infield. King stole second and third bases, and scored on a Connor Niemiec double that scooted deep down toward the right field corner. Niemiec advanced to third on a wild pitch. With two outs, Sawyer King walked. Ben King plated both runners with a single to right field.
Rylie Heeter walked to begin the Batter’s Box portion of the third inning. Josh Sturmer reached on an infield error. Cameron Lisowski walked after a lengthy battle with the pitcher, fouling off numerous pitches before drawing the free pass.
ITI turned to its bullpen, but the positive results for Batter’s Box continued.
With the bases loaded, Jake Jachym unleashed a hard hit ball toward the third base side. The infield erred, and a run scored. With one out, Aidan King put the ball in play. Another infield error, another run. A Niemiec walk forced in a run. With two outs, Dunn smacked a ball through the left side, scoring two runs for an 8-0 advantage.
Batter’s Box kept its collective foot on the pedal.
Jachym manufactured a run for Batter’s Box in the fifth, reaching on a dropped third strike, stealing second and third bases, and scoring on an Aidan King single through the right side of the infield. A one-out Niemiec RBI double made it 10-0.
Batter’s Box tacked on another run in the sixth with a booming RBI double from Sturmer to right-center field.
Michael Lachtara and Jachym each provided an inning of scoreless relief for Batter’s Box. Lachtara struck out one batter and allowed one hit. Jachym retired three of the four batters he faced via the K.