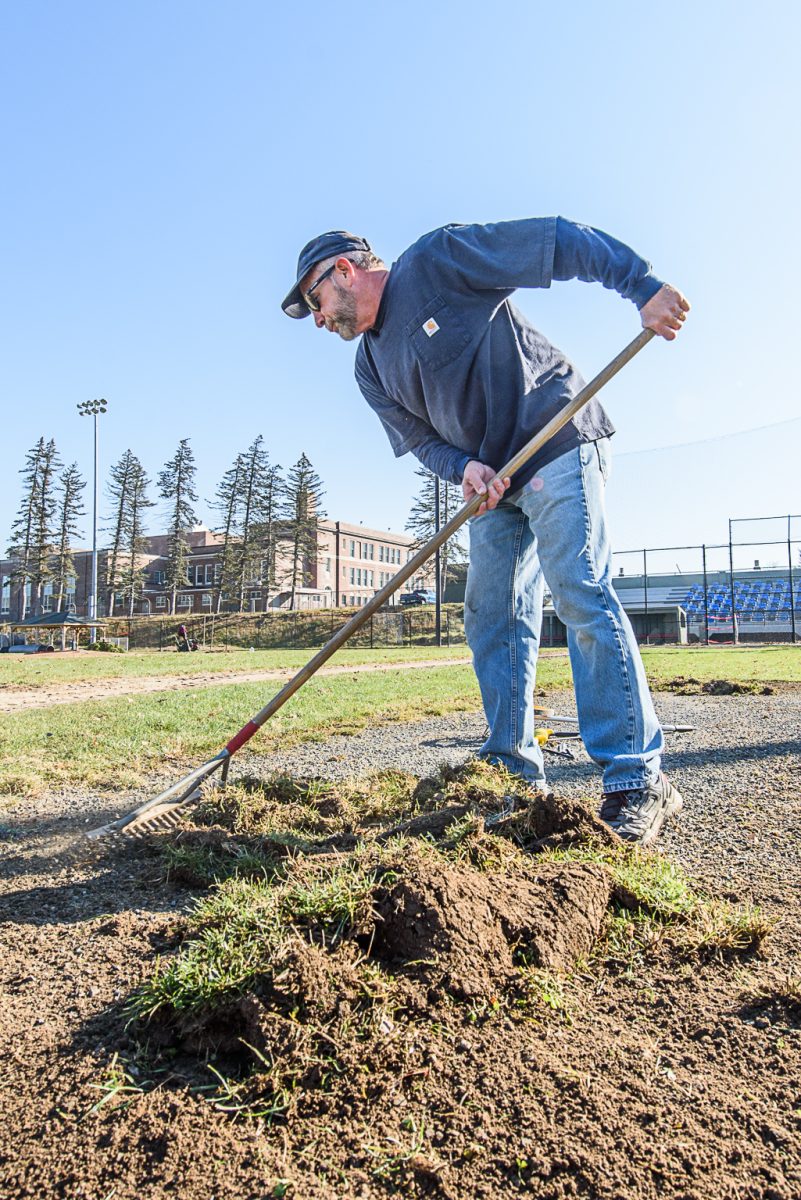 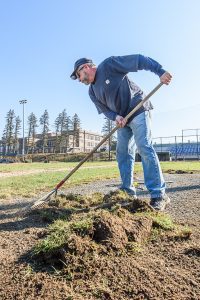 Dave Howard, of Howard Landscaping rakes up some of the old turf at Bullens Field. (MARC ST.ONGE/THE WESTFIELD NEWS)

WESTFIELD – If you maintain it, they will come.
The Greater Westfield Babe Ruth League is investing money for field improvements that will help make play in the 2022 season better with less field maintenance for each game.
“Our league had a successful regional tournament in 2021 thanks to all of our volunteers and corporate sponsors with a large portion of the money now being put back into the field with these improvements,” Westfield Babe Ruth League President Dan Welch said. “Money from our World Series events in 2016 and 2019 has also been used to fund this work.”
Due to the continued commitment of the City of Westfield and Park and Rec Commission for allowing the local Babe Ruth League to play games at Bullens Field and Jachym Field, Babe Ruth is investing more than $30,000 with planned long-term improvements.
Babe Ruth has always taken the lead on normal annual maintenance projects at the field but every few years major upgrades are needed, according to Welch. 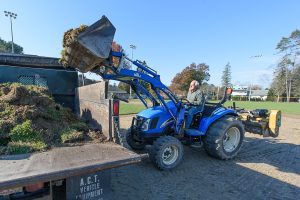 The current improvements include cutting back the turf around the infield at Bullens to remove lips and improve field damage and adding new sod to the first and third baselines to reduce the field maintenance during future seasons. New sod will also be added around the baselines and behind home plate to improve the looks of the field.
Work is also planned at Jachym Field with new sod added to these baselines and dugouts are planned for spring 2022 at Jachym Field.
In addition, new batting cages and infield tarps will be purchased by Babe Ruth, Welch said. This is all in addition to the new scoreboard purchased and installed for the 2021 season by Westfield Babe Ruth for use by, not only the youth teams, but also Westfield High School, Westfield Technical Academy, the Westfield Starfires and Westfield Post 124, of the American Legion Baseball League.
Westfield Babe Ruth has worked with the city’s Park and Recreation Commission staff and Westfield High/Westfield Technical Academy athletic coordinator Ryan Dunphy to lay out the work plan with Howard Landscaping owner Tim Howard.
“Timing is critical as the colder weather will soon be here,” Welch said. “Our goal is to have the work completed so the field will be ready for play in April 2022.” 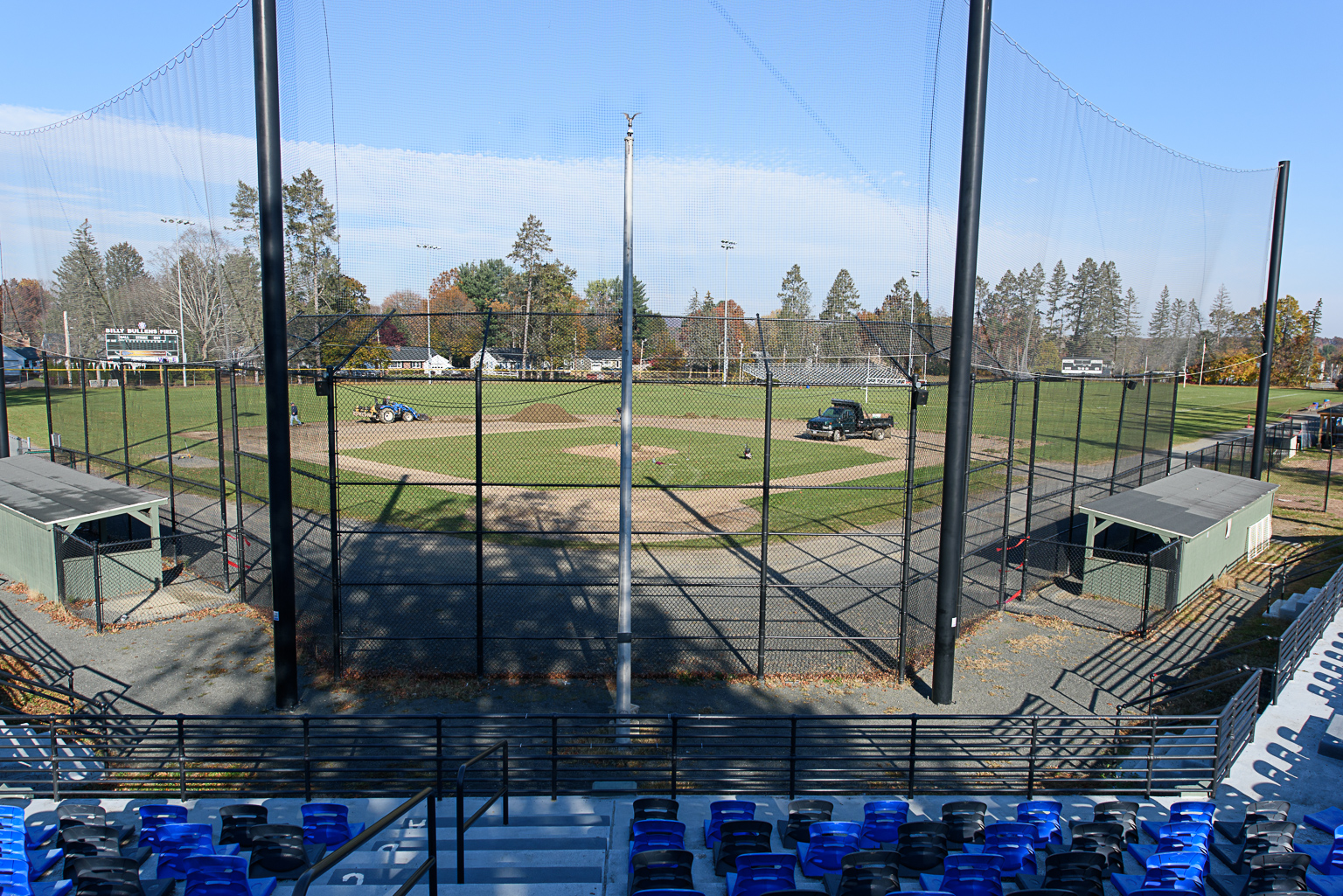