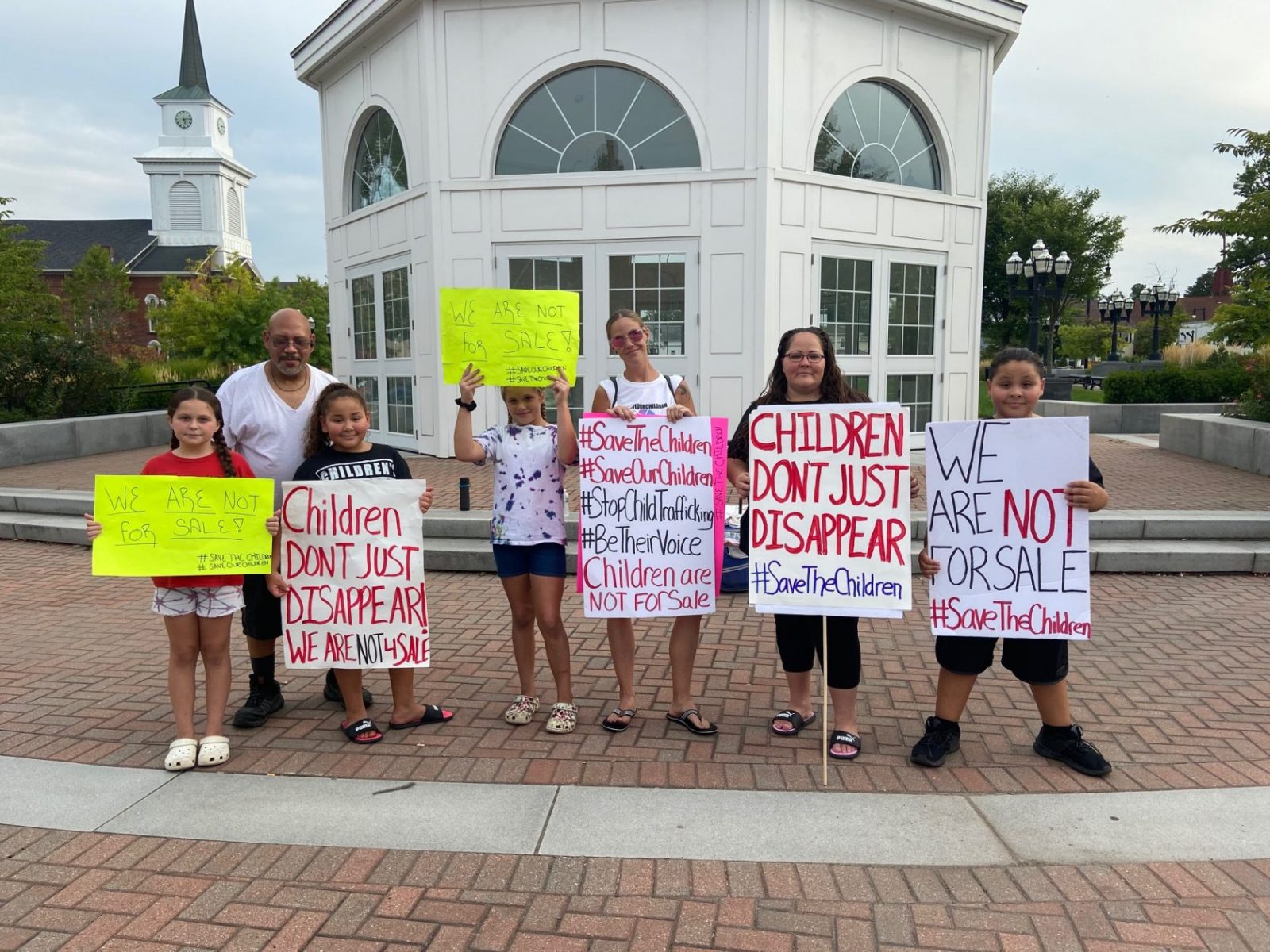 WESTFIELD – Their numbers were small, but their message was big. 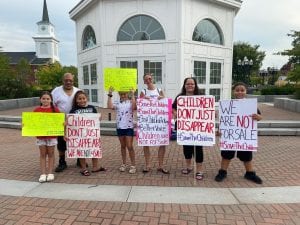 Audrey Harrison and Adonia Cushman, along with their children and Harrison’s husband, created a Facebook event for the standout, but despite numerous responses from residents, they were the only ones who showed up. But that didn’t stop them from sharing their message.

“Nobody is really talking about this,” said Cushman. “Children go missing every day.”

“It’s not something anyone should take lightly,” said Harrison.

The moms said they have spoken with their children, ages 9-11, about the global issue and they admitted their children were a bit scared.

“My children are scared, but they know not to talk to strangers and to stay right with me when we go out and they don’t leave our yard without asking,” Cushman said.

Harrison said being a kid today is not like it was when she was growing up.

“Kids can’t do what we did,” she said, “they can’t hop on their bike and go off on their own.”

At first, their children thought they were being overprotective and were upset when other children were allowed to walk or bike to the park without an adult. Now, after learning about the growing child trafficking issue, Harrison and Cushman said they understand and want to spread awareness.

“They tell their friends to try to keep them safe,” Cushman said. “They really care about this.”

Most drivers waved and honked at the group, while others made assumptions about why they were standing out with signs.

“Some people have yelled some things that were not nice,” Harrison said, “but most people are supportive.”

The women both said they were proud of their families for trying to raise awareness and give a voice to missing children and plan to host another event before winter.