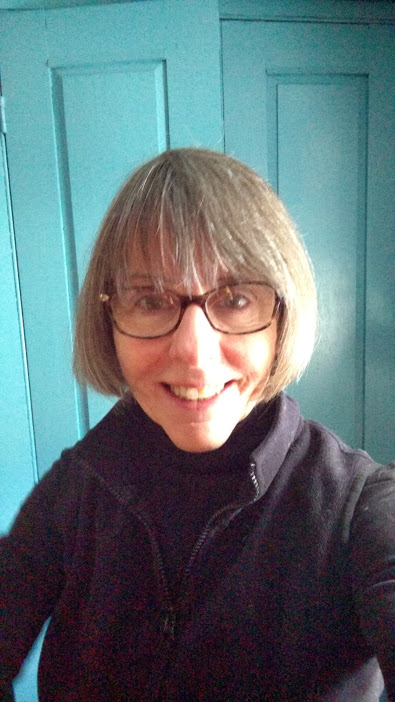 WESTFIELD- The Westfield Wednesdays 350th Historical Lecture Series continues Wednesday evening at Westfield State University’s Scanlon Hall with a lecture by Gail White Usher on the lives of the Native Americans who lived in what is now Westfield.

The lecture, titled, “Where the Two Worlds Meet: Native Americans of Western Massachusetts,” explores the lives of the Woronoak tribe and their neighbors, the Pocumtuck tribe, who lived near what is now the City of Westfield. She will talk about their day to day living before and after the European settlers first made contact with them in the 1600s.

“In general, it’s about the southern New England Eastern Woodland Indians and how their culture is impacted by the arrival of Europeans,” said White, “I am going to talk about how both the European settlers and Native Americans changed when they met each other.”

White Usher has been an Education Coordinator with Historic New England at Roseland Cottage and Arnold House for 20 years, both of which have educational programs that teach about American history. Roseland Cottage, built in 1846, is a historic landmark through which there are programs that teach about the Civil War, slavery, and abolitionist movements. The Arnold House was built in 1693 and has programs that detail the early settlement period in what would become the United States. 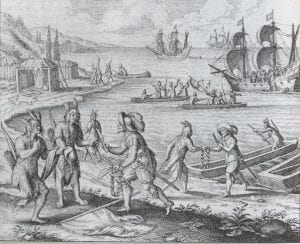 A depiction of Bartholomew Gosnold on Martha’s Vineyard trading with Native Americans. The painting was done by Theodore de Bry in 1619. (Image provided by Gail White Usher)

White Usher said that the first settlers to reach the areas of Westfield and Springfield arrived in the 1630s. The earliest known European settlement in the area was a trading post run by a man named William Pynchon.

To supplement her lecture, White Usher will bring artifacts, some real and some recreated, to show what the technologies for both civilizations looked like at the time. She said she wants to show how the technologies evolved before and after the natives and settlers made contact.

“It’s more than just a lecture, I’m also going to be bringing reproductions of objects with me for the audience to handle,” said White Usher, “as well as some original artifacts that they probably will not be allowed to handle.”

Although the lecture begins at 6:30, guests will be allowed inside Scanlon Hall at 6 p.m. for refreshments. The chefs at Westfield State University, led by Chef Caitlin Wheeler, will be recreating old Native American dishes with a modern flair. Some examples may include a roasted pumpkin spread topped with dried blueberries and walnuts with assorted breads, and Terrine of venison with pickled cranberries.

As with each previous lecture in the 350th Historical Lecture Series, Gail White Usher’s presentation will be free for all to attend.