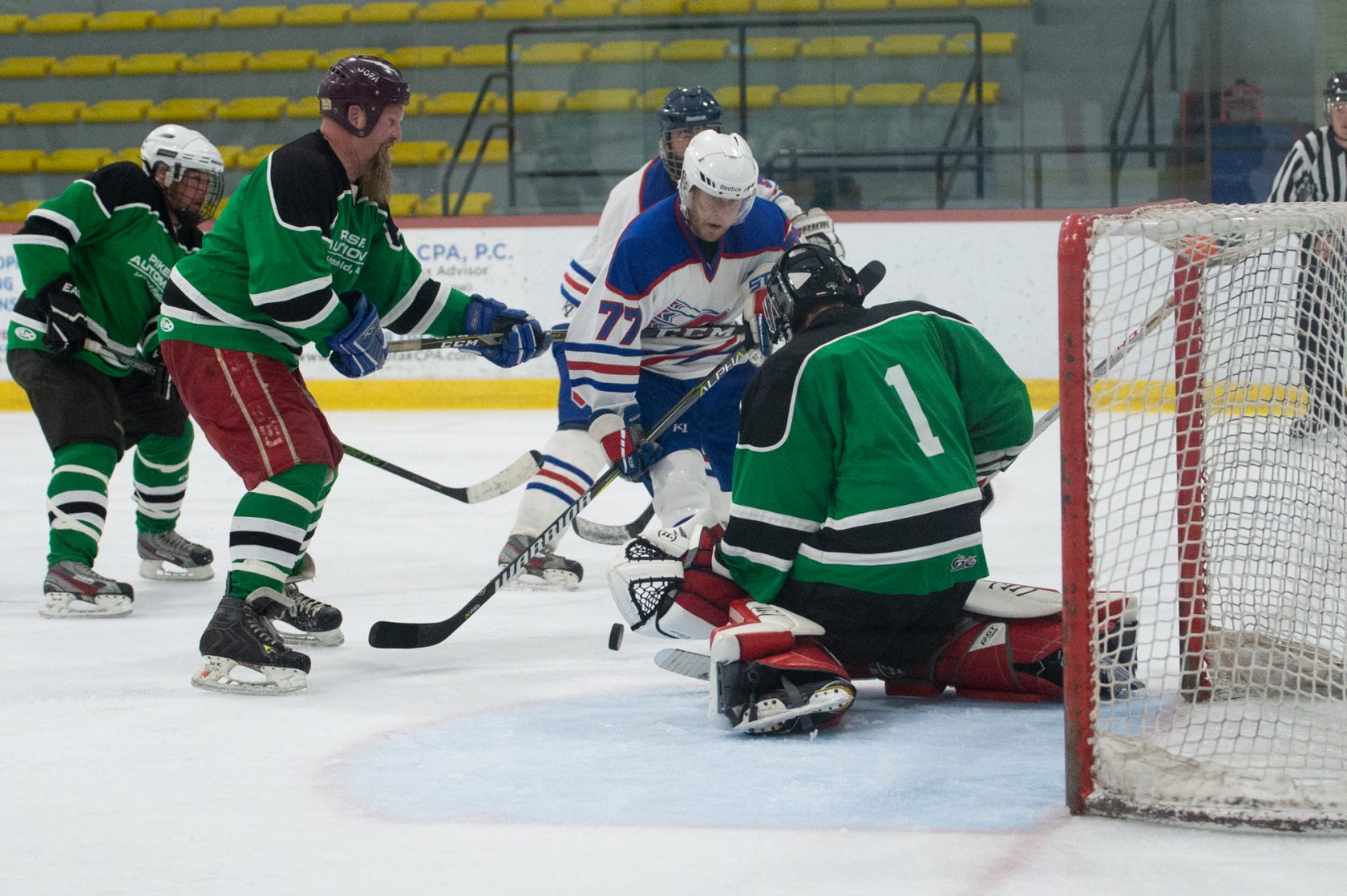 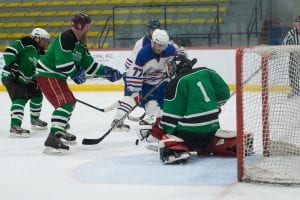 WESTFIELD – Twenty-five teams in three divisions have signed up to play in the ninth annual Kevin J. Major Memorial Hockey Tournament this Friday through Sunday at the Amelia Park Ice Arena, with 100% of the proceeds going to the KEVS Foundation.
The KEVS Foundation was started following the sudden death of Kevin J. Major, an avid hockey player from age 3, from sudden cardiac arrest at the age of 19 due to previously undetected Hypertrophic Cardiomyopathy (HCM), caused by an enlarged heart muscle.
KEVS Foundation sponsors cardiac screenings for young people which include an EKG, height and weight measurements, review of family history, blood pressure check, education on CPR and AED information. All screenings are free of charge. with a request of a donation based on financial ability. The goal is to help raise awareness of sudden cardiac arrest through education, cardiovascular screenings for young persons and to provide state of the art Automatic Emergency Defibrillators (AED) to organizations in the community.
“The Memorial Hockey Tournament is their largest fundraiser of the year,” said Susan Canning, KEVS Foundation co-founder and Kevin Major’s mother.
There are three divisions playing in the tournament: the Old Boys, who Canning described as “guys who still play, but can’t keep up with the younger guys.” The Old Boys start with three 50 minute games on Thursday, beginning at 8 p.m. and ending at 11 p.m., leaving 10 minutes in between each game for the Zamboni to do its work.
On Friday, the Social Division, who Canning said came through Westfield High School and include many who played with her son, begin at 8 a.m. through 2 p.m., and again from 5 p.m. through midnight, with the Old Boys playing a second round from 2 p.m. to 5 p.m. 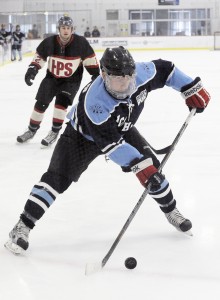 The Icehawks battle HPS during a 2014 Kevin Major Memorial Tournament ice hockey game. Amelia Park will once again be host to the tourney, beginning Friday night.

Canning said the front end of the building opens up at 3 p.m. on Friday, when KEVS volunteers will run a Chinese auction and sell raffle tickets for prizes donated by local merchants. Friday night is also pizza night from 5:30 to 7 p.m., when for a donation you can get a slice and a beverage.
On Saturday from 7 a.m. to 10 a.m. (coffee and donuts will be served), the Old Boys play a third round, followed by the Social Division and the Semi Pros, who come from the American Hockey League, Junior Hockey and some Division 1 players from UMass, on an alternating schedule from 10 a.m. to midnight.
Canning said at noon on Saturday, there will be a brief ceremony to recognize the KEVS Foundation. Last year, KEVS was able to give 23 AEDs to local organizations, both schools and other non-profits which were paid for through donations. This year, they will start by donating five AED’s during the ceremony to local schools and one to Stanley Park.
KEVS volunteers will also serve food donated by Wings over Westfield and Two Rivers Burrito for a donation. Then at 4 p.m., the grill will be ready for the KEVS cookout.
Sunday are the playoffs for all three divisions, beginning at 10 a.m. for the Old Boys, 12 noon for the Social Division, and 2 p.m. for the Pros.
Championships for first and second place are scheduled for 4 p.m. for the Old Boys; 5 p.m. for the Social Division, and 6 p.m. for the Pros.
Popcorn will be available throughout the tournament.
“We want people to come. It’s a great weekend of fun, laughter and great hockey,” Canning said, where people get to reunite with old friends, and you don’t have to be a hockey player to have a great time. There is also one hockey pro who said he’ll come, and “you never know who he’ll bring,” she said.
“At the end of the day, this is to raise awareness of the work of the KEV’s Foundation, to make the community heart safe,” Canning said.