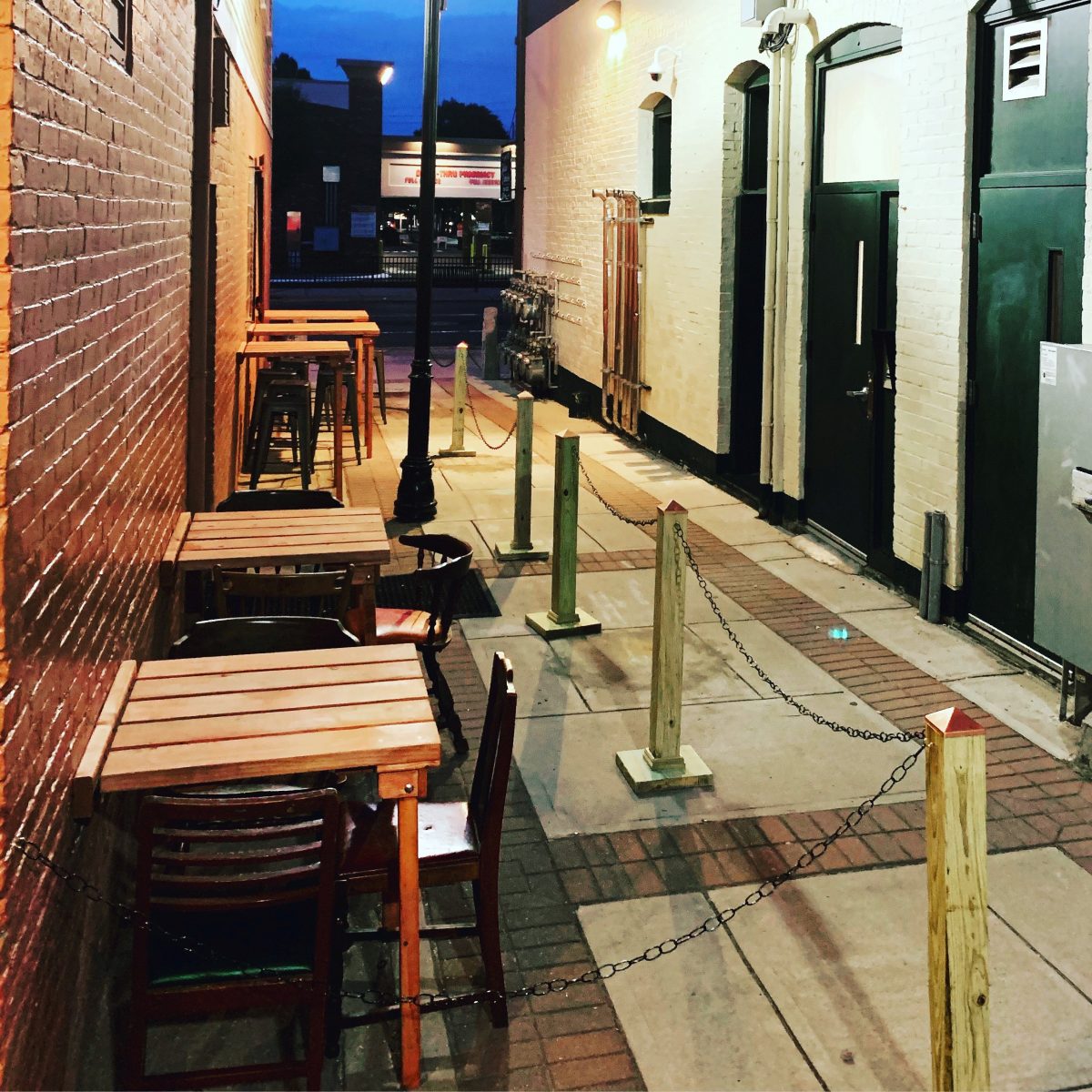 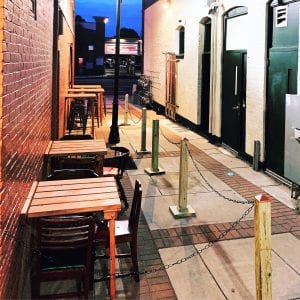 The new seating in the alleyway next to Hutghi’s at The Nook is well-lit for nighttime dining. (Photo submitted by Dustin Cote)

The eclectic eatery and bar, know for its raw bar, oyster specials and throwback cocktails, has brought its vintage vibe outdoors and now opens at noon on Saturday.

Owners Dustin Cote and Kevin Gebo added several tables outside in the alleyway next to the building for people who want to enjoy the weather and the downtown scene.

“Who doesn’t like people watching?” said Cote as he surveyed the new set of tables, which were installed last Friday.

Cote said that his business neighbors are excited about the extra draw they may receive from this and he believes it will bring more attention to that part of the city. In addition to Hutghi’s, Two Rivers Burrito and Santiago’s offer outdoor seating options. 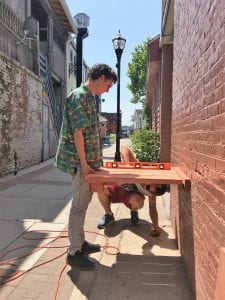 Hutghi’s at The Nook Co-Owner Kevin Gebo (standing) assists Bill Rodrigues as they install one of the new outdoor tables ahead of Saturday’s opening. (Photo submitted by Dustin Cote)

The alleyway  receives a good amount of shade, especially in the hotter parts of the day. At night, several large lights keep the area illuminated.

“This is an awesome opportunity,” said Cote, “I’m glad the city saw our vision, too. I don’t think this would have been possible 10 years ago.”

Cote noted that there is ample parking in the municipal parking lot behind the building to compensate for the additional seating.

Cote and Gebo reopened the restaurant last October, when they took over for the original owners of the Nook, which closed its doors in 2016.

Cote credited Joe Wynn, owner of Two Rivers Burrito Company, for helping them get started nearly a year ago. Wynn previously credited Cote and Gebo for helping him open his burrito company in 2013.