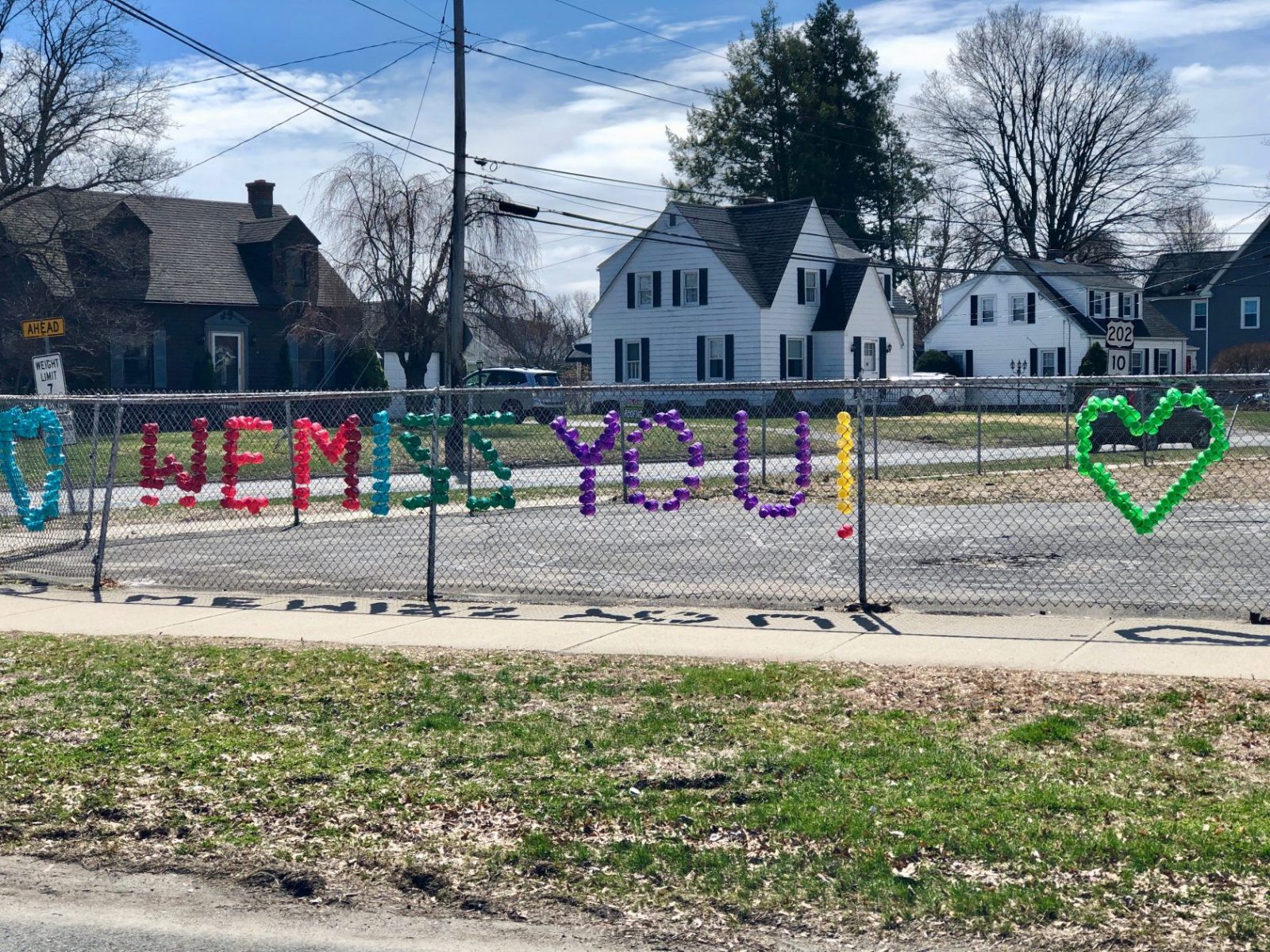 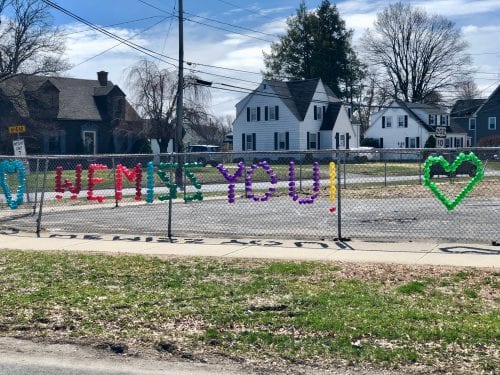 Abner Gibbs kindergarten teacher Kelley Maher’s message to hers and all the students at the school. (KELLEY MAHER PHOTO)

WESTFIELD- When Abner Gibbs Elementary School teachers returned to school on April 1 to gather their belongings, they only had 15 minutes to do so. However, many of them took the time to decorate the school, leaving messages in their windows for the children who they miss seeing every day.
Kindergarten teacher Kelley Maher decided to leave a bigger message on the school chain link fence, and stuck colorful bunches of plastic in the holes, making a giant ‘We Miss You!’ sign for the neighborhood.
“We are a neighborhood school, so we really have a connection. Everybody walks to school. We have really nice relations with them,” Maher, who has taught for 17 years at the school, said, adding, “A lot of my friends are now in college and drive. It’s like a family there.”
She chose to brighten up the fence at the school, the oldest in the city, because it is crooked and bent and highly visible at a busy intersection. “I’ve gotten a lot of nice feedback from everybody,” Maher said.
Maher said she has been “working harder than I ever have” to keep connecting with her students online during the school closure, working in different languages, and speaking with parents. She’s been doing video lessons in Google classroom, which as a kindergarten teacher she hasn’t used much before, and making personal calls to students at home.
This past week, she did her first “Bring your lunch to Zoom” meeting. “It was total chaos,” Maher said, having 20 kindergarteners eating lunch together on the call. “They were so happy to see their friends,” she said. Also joining them were the principal, school adjustment counselor and the lunch lady.
“We’re all hoping to do a weekly lunch at least, even if it’s just to say hello,” Maher said.