The AG had been investigating the meeting following a complaint made in April 2021 by Jeffrey Gosselin. Gosselin alleged that the board violated the law by conducting a discussion and vote to send a letter to the City Council regarding an increase in compensation for School Committee members under a Feb. 22 agenda item labeled “Any other items not reasonably anticipated 48 hour hours prior to the meeting.” His contention was that the state’s law on governmental transparency would require that such a discussion be listed as a separate agenda item.

The attorney general’s office also agreed that “the committee was entitled to discuss the topic because it had not been anticipated 48 hours in advance of the meeting,” as explained in the School Committee’s response to the complaint. 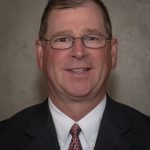 Over the weekend prior to the Feb. 22 meeting, Committee Vice Chair Timothy O’Connor had been asked by City Council Legislative and Ordinance Committee Chair William Onyski to resubmit the request for a stipend increase, which had initially been voted and sent to the City Council for action in March of 2020, nearly a year earlier, but had been tabled amid the response to the COVID-19 pandemic. Onyski said he wanted the letter to be resubmitted since the L&O Committee would soon be meeting to discuss the stipend issue.

While the attorney general’s office issued the finding under an informal action, and now considers the matter resolved, it did suggest that the School Committee wait on discussing sensitive topics in the future.

“A public body may discuss a truly unanticipated topic at a meeting, although the attorney general strongly recommends that public bodies postpone discussion and action on unanticipated topics that are controversial or may be of particular interest to the public if the topic can wait until a subsequent meeting,” the office wrote.

“I’m not surprised with this ruling. When you look at past rulings, government rarely goes against government,” said Gosselin, a former School Committee member who is running again for a seat in November. “It wasn’t on the agenda. The open meeting laws were created to protect the public to speak on any topic,” he added.

Gosselin said he did agree with the statement in the determination letter from the attorney general’s office that he said suggested what the committee did was not a good practice.

“She did agree that it wasn’t a good practice but it was a legal practice, and in the future don’t use it again,” he said, adding, “Anyway, it is what it is.”

O’Connor said the School Committee was pleased with the decision.

“We were not surprised by the conclusion reached by the attorney general, it was a timing issue within the established processes and procedures,” he said.

O’Connor said the stipend increase had gone through the entire process a year earlier in 2020, and had been originally voted on and sent to the City Council just before the shutdown. “As we moved into and through the pandemic, we asked it to be tabled, and it wasn’t brought up again until a year later,” he said.

“As a School Committee, we need to be informative and transparent with exchanges of information, and my colleagues and I take that responsibility very seriously. We’re glad this is behind us,” O’Connor said.