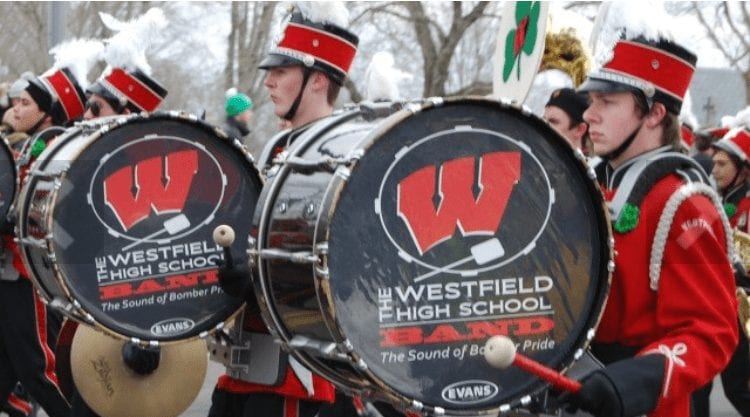 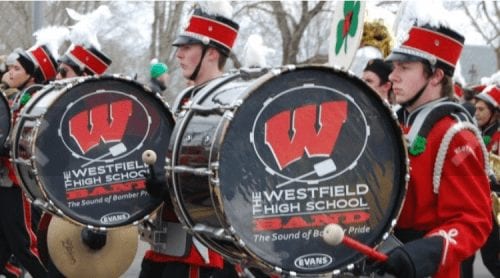 WESTFIELD — After an earnest appeal from High School Band Director Patrick Kennedy, the School Committee unanimously approved soliciting bids to replace the high school band uniforms, which are 25 years old and wearing thin. The estimates received from two different companies for 120 uniforms averaged approximately $65,000. The funds would come from School Choice, the tuition payments the School Department receives from other towns whose students attend Westfield schools.

Superintendent Stefan Czaporowski said Kennedy had approached him and the mayor a few weeks ago about replacing the uniforms, which the superintendent agreed are needed. He said that he always wants to spend School Choice money on the students, so he felt comfortable coming before the School Committee with this request.

“We’re desperately in need,” Kennedy said, adding that the final straw for him was a mold outbreak on the wool uniforms this summer, which they mitigated as well as they could.

“I have two kids I can’t provide uniforms to due to their height and size. It breaks my heart, so I contacted the uniform company and they said they don’t make that style anymore. That got me thinking, perhaps now’s the time to come to you and ask for your support to set us up,” Kennedy said, adding that he’s never asked for this amount of money in his whole school career.

Kennedy said that he’s also thinking about his grandson who is in eighth grade and plays trombone.

Committee member Diane Mayhew said there are two estimates, and asked whether they could keep any pieces of the old uniforms.

Kennedy said the old ones have seven different pieces, and the new ones are two to three pieces. He said the mold was the last straw, but the uniforms are threadbare, the zippers are torn, and legs are old and tired from marching. He said the first ones were bought in 1986 and 1988, and he was able to buy more from another school in 1998 and 99, so they’re all more than 20 years old.

He said the two companies that got back to him with estimates have been building uniforms for years.

“Right now we have 80 kids in the Westfield High School band,” Kennedy said, adding that the city weathered COVID-19 relatively well compared to some communities, and he needs to outfit 80. He said he asked for 120 uniforms, because kids graduate taller than they start out, and the band needs to have extra uniforms.

Ramon Diaz Jr. said he has seen the uniforms firsthand over the last six years through his children’s involvement in the band, and even the stripes on the sides are fading because the threads are worn out. He said new uniforms were overdue six years ago, and he would support replacements 100 percent.

“Your program is phenomenal. I see the way the kids are and how they react with you. They’re at all of the games and parades, they make special trips for Veteran’s Days — they’re just out in the community. They’re the face of the school system in a lot of different events. What better way to show them that we care about that and that they represent Westfield in a positive light, than to give them these new uniforms, they’re long overdue,” Diaz said, thanking Kennedy for bringing the need to them and for the program he has put together.

Diaz added that any sum over $35,000 requires a bid, so the amount they eventually approve will come from the bid, not from the estimates.

Cindy Sullivan said she also supports the band 100 percent, but questioned the process of having a teacher coming before them asking for School Choice funds. She said the principal wasn’t there and there was no letter from him, and asked if any teacher could come directly to the superintendent and mayor and then the School Committee.

Czaporowski said WHS Principal Charles Jendrysik knows about it and supports the request, but he didn’t ask him to come to the meeting. Kennedy also said he went to the superintendent and mayor because he didn’t think the high school budget could absorb the costs.

Humason said they could ask the principal to come in, but he believed it was a foregone conclusion that the committee was going to support the request, and it was great to have “a celebrity of sorts,” among them, referring to Kennedy.

“The Westfield High School band represented the city of Westfield at the Southwick 250th anniversary parade a couple of weeks ago, and they were there this past week at the Veteran’s Day ceremony, and did a phenomenal job. Thank you,” he said.

Timing was then discussed, with Bo Sullivan saying one of the quotes was only good for 60 days. Czaporowski said they couldn’t use the estimates, they could only accept a bid.

Kennedy said the prices are estimates, and there are a lot of factors, such as fabric, still to be considered.

“Ours are wool, and are too warm for Memorial Day,” he said, adding that once they have a final design and materials, they will come up with a final quote.

Asked when the uniforms might be delivered, Kennedy said he would be fine if they got them by the middle of next year. The motion then passed unanimously.