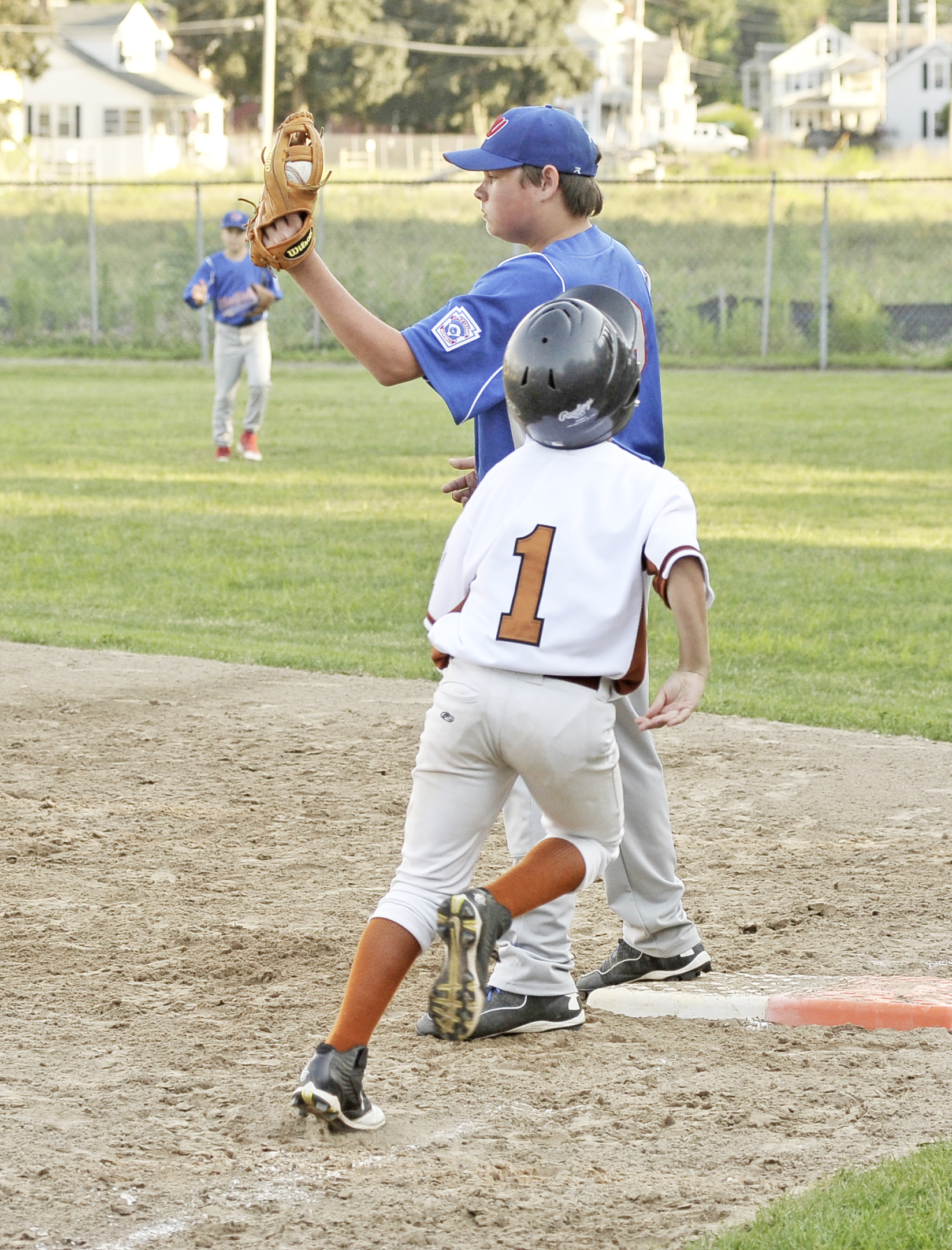 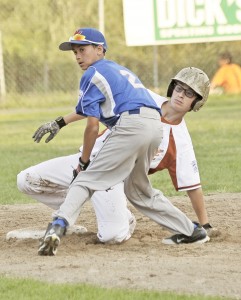 WESTFIELD – Despite a furious late game comeback attempt, highlighted by a three-run home run from Andrew Pellegrini, the 11-12 year old Westfield American little leaguers fell short of visiting Agawam by a score of 9-6 at Cross Street Field Wednesday.
The loss extinguished any chance of a district championship showdown between American and their crosstown rival Westfield National, who were busy pummeling Northampton 8-0 at Paper Mill Field.
National will take it’s undefeated 5-0 record into their Friday championship bout with Agawam, whose only blemish on it’s 4-1 record is a loss to the Paper Mill powerhouse.
After the Cross Street contest, Westfield American Coach Brian Scanlon was proud of his players, and touted their valiant comeback effort.
“That three-run homer in the fifth inning was to get us from 8-3 to 8-6,” he said of Pellegrini’s late-game blast, which was also his only hit of the night. “He played really well.”
Elsewhere in the lineup, Tanner Koziol and Colin Scanlon both went two for three on the night, with Koziol chipping in two singles and Scanlon registering a double and a single.
“They were our big offensive stars for the day,” coach Scanlon stated, reaffirming the team’s successes and growth as a team during the district tournament. “It was a real fun time, the kids worked extremely hard. You can’t win them all, but that’s why you play the game.”