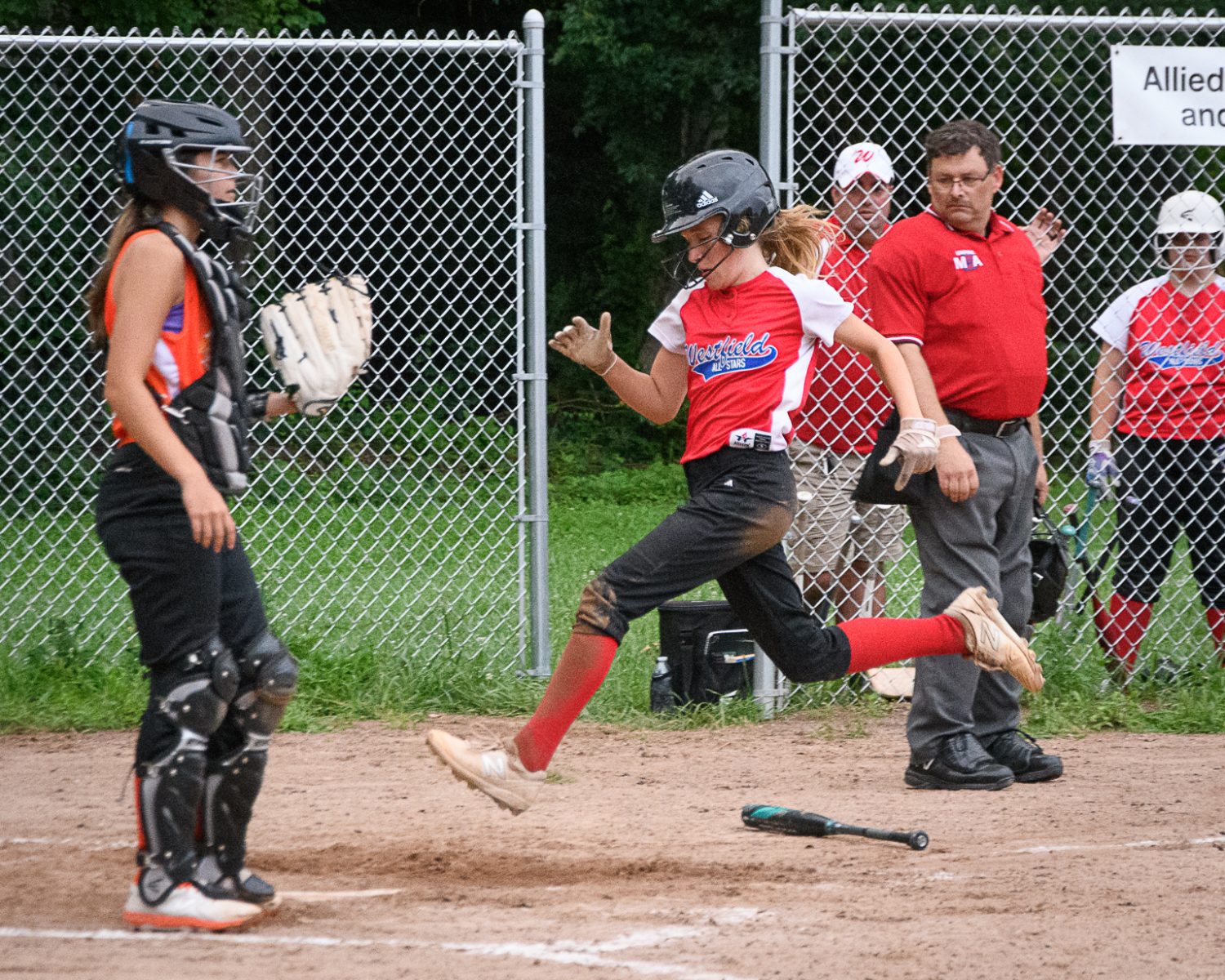 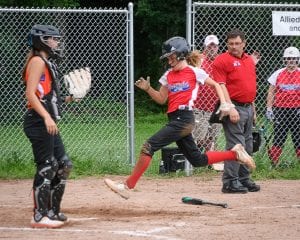 AGAWAM – And just like that, the postseason has come to an end for the Whip City’s Little League Softball All-Star team.
Avery Gordon struck out seven batters in a complete game effort and Agawam eliminated Westfield from the postseason with a 9-5 win in the Little League Softball District 2 Championship July 5 at Borgatti Park in Agawam.
Gordon scattered seven hits over all six innings and allowed just one run over the final four after a brief Westfield power surge in the early innings. The Agawam ace retired 13 of the final 15 batters she faced, six via the “K.”
Although it was all Agawam at the end, it was a markedly different affair early on. Westfield wasted very little time in jumping out to the early lead, scoring two runs in each of the first and second innings.
Westfield’s Ava Rastallis led off the top of the first inning with a single. Two outs and two stolen bases later, Rastallis scored on a RBI single from Jayliani Santiago. Santiago advanced with two wild pitches and scored on an Emma Nelson run-scoring single.
In the second inning, Westfield’s Katie Bouchard drew a two-out walk, stole second base, advanced to third base on a Rastallis base hit, and scored on a Julia Bonfitto RBI single. Before Bonfitto’s single, Rastallis stole second. She scored on a Syd LaPanne liner up the middle. Westfield led 4-0.
It appeared as if Westfield might whitewash its opponent, but the tide soon turned.
Agawam showed some more patience in the bottom of the second inning and it began to pay off. The home team drew eight walks, two of which resulted in runs. A combination of wild pitches and passed balls led to five more runs. Agawam led 7-4.
Agawam increased its advantage in the fourth inning when an infield error resulted in one run and a Gordon single to center field made it 9-4.
Westfield recaptured one of those runs in the fifth when Bonfitto singled and raced around the bags all the way to third base when the outfielder misplayed the ball. Bonfitto scored on a Santiago sac-fly.