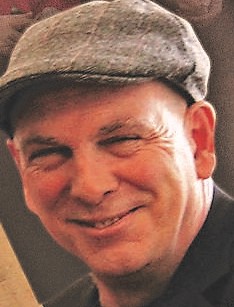 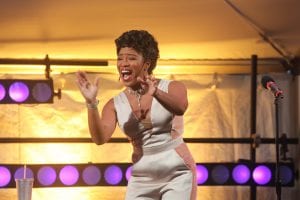 Goodspeed by The River is presenting a number of concerts under a tent in their parking lot, along the shores of the Connecticut River in East Haddam. Ambassador of Love: Celebrating Pearl Bailey, stars Rashidra Scott, who charmed Goodspeed audiences as Reno Sweeney in Anything Goes. With Broadway credits from Company, Ain’t Too Proud, and Beautiful, Scott recreates some of Bailey’s greatest hits from St. Louis Woman, Hello, Dolly! And more. Pearl Bailey was a legend on stage, on screen, on TV, and in clubs and concert halls. She recorded album after album, wrote several books, and was a Goodwill Ambassador to the UN during three different presidents. Richard Nixon named her America’s Ambassador of Love. At the age of 67, she received a degree in theology from Georgetown University. Scott is mesmerizing in this 70 minute portrait of Pearl. She moves effortlessly, sings with style, and captures the presence that made Pearl Bailey legend. Her musical director and keyboard player, Michael O. Mitchell is superb, and T. Oliver Reed’s staging is deft.  And the Goodspeed tent seems air-cooled by the breezes off the river. Despite the heart and humidity, and the sizzle provided by Scott, all was comfortable. This marvellous show runs through July 18. For details: www.goodspeed.org. 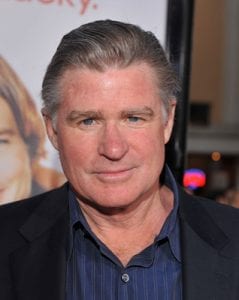 Great Barrington Public Theatre launches a new series, Wet Ink, which features play readings of new works. Wet Ink kicks off on July 10 with live storytelling by Bard College at Simon’s Rock faculty member and award-winning fiction writer Brendan Mathews, and, Elizabeth Nelson, whose dark and lyrical storytelling can be read in Canyon Voices Magazine and in the forthcoming summer issues of Heartland Society of Women Writers, Second Chance Lit, and Rhodora Magazine, among others. This event takes place  in the Great Barrington Town Hall Park, and they will be joined by Berkshire Busk, a mix of musicians and performers who are entertaining on the streets of Great Barrington all summer long. On Monday, July 12, Berkshire playwright Michael Brady will present a reading of his new play, Queen of the Sea, in the Daniel Arts Center Liebowitz Black Box Theater. Queen of the Sea will be directed by Michelle Joyner and feature performances by Elizabeth Aspenlieder, David Joseph and Jessica Provenz. On Aug. 2-3, stage, film and TV actor Treat Williams gives folks a first look at his new play, Grant, an intimate exploration into the life, spirit, character and candor of iconic Ulysess S. Grant, performed by Williams in the persona of Grant himself. For details: https://www.greatbarringtonpublictheater.org/ 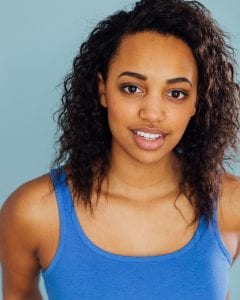 The Niceties, Eleanor Burgess’s powerhouse of a drama, comes to Chester Theatre at Hancock Shaker Village on July 14-25. Staged by Christina Franklin, The Niceties is the story of Zoe,  a black student at a liberal arts college, who is called into her white professor’s office to discuss her paper about slavery’s effect on the American Revolution. What begins as a polite clash in perspectives explodes into an urgent debate about race, history, and power. Stephanie Everett plays the student. Andrea Gallo plays the professor. They and Franklin are making their Chester Theatre debuts. For details: www.chester.org. 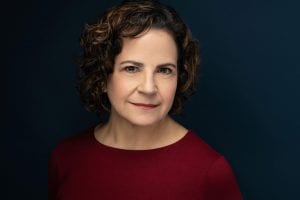 The Elm Chamber Ensemble, with Joel Pitchon, Volcy Pelletier, and Yelena Beriyeva perform on the Sevenars concert series, July 18, in Worthington. The program includes Beethoven’s Piano Trio in C minor, Op. 1, No. 3 as a postponed commemoration of Beethoven’s 250th anniversary. In addition, they will perform the Brahms Piano Trio in C Major Op.87, and music of the Spanish composer Joaquin Turina, his Piano Trio No 2 in B minor Op.76. This is a new chamber music ensemble. For details: www.sevenars.org.

Queens of Soul. The music of the reigning divas of R&B, Aretha Franklin, Tina Turner, Patti Labelle, Whitney Houston and more are featured in the Hartford Symphony’s July 9 performance at the Talcott Mountain Music Festival in Simsbury. Vocalists Shayna Steele, Tamika Lawrence, and Kelly Levesque perform with Carolyn Kuan on the podium. Rain or shine. For details: www.hartfordsymphony.org. 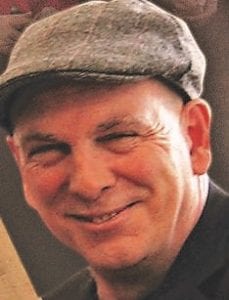 Fourteen Wedding Dresses, Steve Henderson’s latest play, gets a reading produced by Silverthorne Theater live on July 15 at the LAVA Center in Greenfield. It will also be streamed on Silverthorne’s YouTube channel. For details: www.silvewrthornetheater.org.