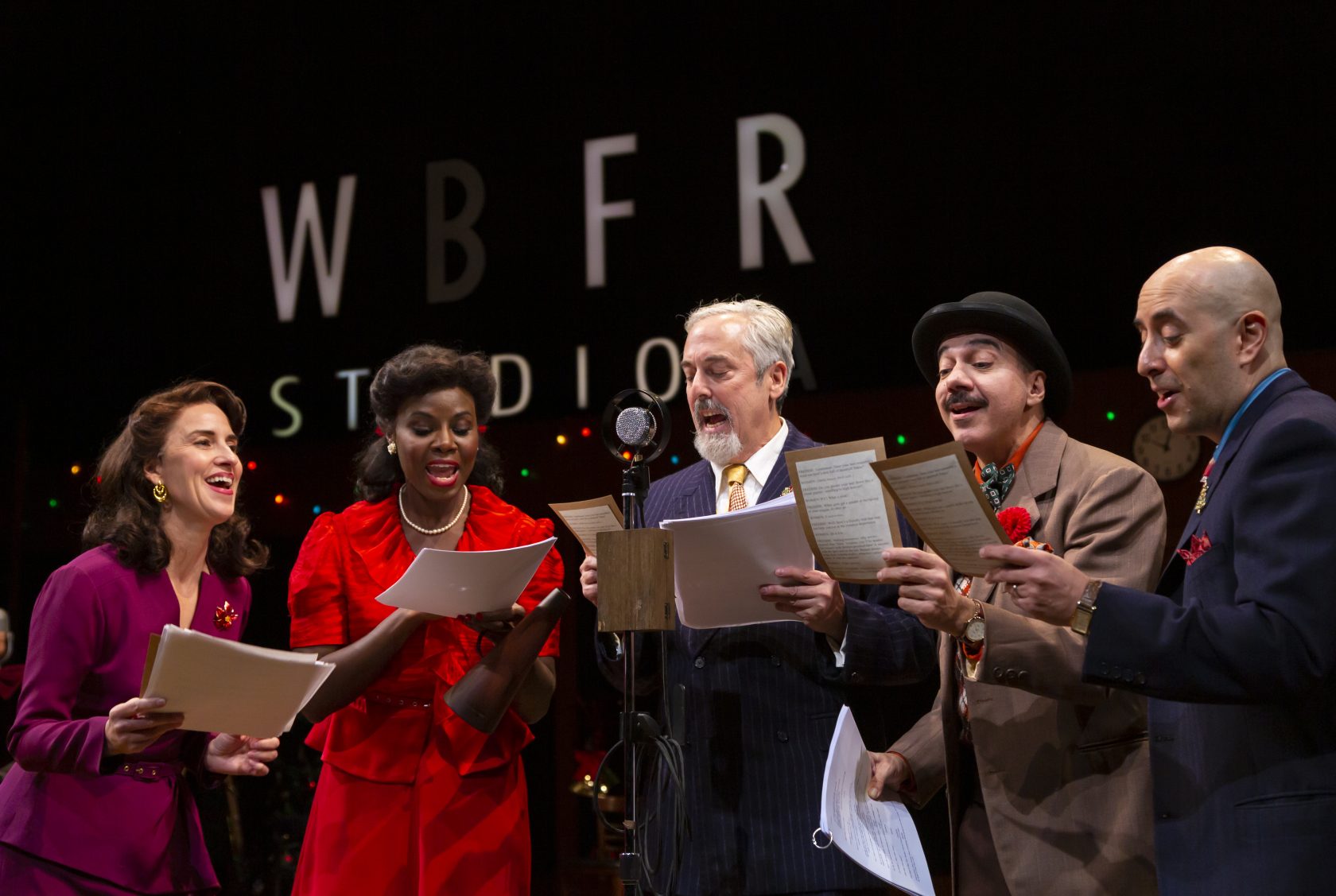 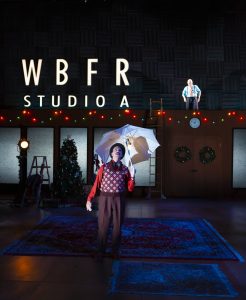 Evan Zes and Gerardo Rodriguez (back) in “It’s a Wonderful Life: A Live Radio Play” at the Hartford Stage. (T. CHARLES ERICKSON/SUBMITTED)

Neither Hartford Stage nor Berkshire Theatre Group could produce their beloved productions of “A Christmas Carol” this season, because, as theaters returned to live performances in this post-pandemic era, both productions were too large to stage in the close confines of their respective stages. So both theaters looked to the holiday film favorites of Christmases past, and found two movie classics to bring to the stage. Hartford Stage, courtesy of playwright Joe Landry, took “It’s a Wonderful Life,” and adapted it as a radio play set during the Golden Age of Radio. Berkshire Theatre Group brings the beloved film musical “White Christmas” to the stage of The Colonial. 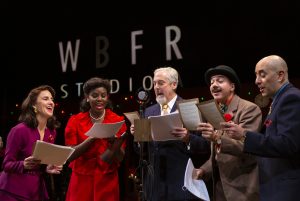 “It’s A Wonderful Life: A Radio Play” is a wonderful adaptation. A quintet of actors playing multiple roles tell the story of George Bailey’s rise, fall and redemption, with intermittent breaks for some very funny old-time radio commercials and jingles. The highlight of this production, aside from the fast-paced direction by Melia Bensussen and Rachel Alderman, is the incredible performance by Leer Leary as the Foley artist (the sound effects guy), who adds all kinds of texture with split-second timing, accompanied by Frederick Kennedy’s spot-on sound design. The quintet of versatile actors — Shirine Babb, Jennifer Bareillis, Michael Preston, Geraldo Rodriguez and Evan Zes — play dozens of characters, with quick changes back and forth, where timing is everything.

I never found “It’s a Wonderful Life,” as a film, to be either funny or fast-paced. But in the hands of Landry’s adaptation, cinematic staging, and great performances, it’s fun and funny, and great holiday family fare. Plus, its message of kindness resonates year-round. 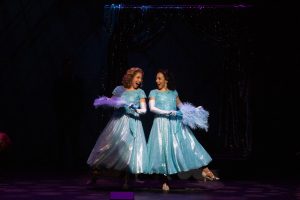 Meanwhile, Berkshire Theatre Group’s production of Irving Berlin’s “White Christmas” at Pittsfield’s Colonial Theatre, with its hummable melodies, punchy choreography by Gerry McIntyre, and spot-on staging by Gregg Edelman, is a crowd pleaser (judging from the audience’s roars of approval) on every level. Against Randall Parson’s colorful sets, and festively dressed in Elivia Bovenzi-Blitz’s lovely costumes, a delightful ensemble of singers and dancers strut their way through one showstopper after another, from “Blue Skies” to “The Best Things Happen When You’re Dancing,” and the audience gets to join in on “White Christmas.” The performances are lovely, from sisters Clasire and Alanna Saunders playing on-stage sisters, to Michael Wartella, Berkshires favorite, and Michael Starr. 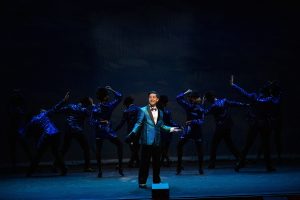 “White Christmas” is the most carefree musical entertainment to come along during this post-pandemic theater season, and the “must see” this holiday season. As Irving Berlin’s song says, “Count your blessings,” and I’m so blessed that I got to experience this happy holiday show at a theater that makes every audience member feel as though they’re part of the family. And I was equally blessed to share the evening with a quartet of great friends. 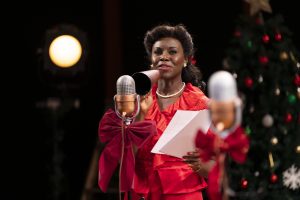 Shirine Babb in “It’s a Wonderful Life: A Live Radio Play,” which runs through Dec. 26 at the Hartford Stage. (T. CHARLES ERICKSON/SUBMITTED) 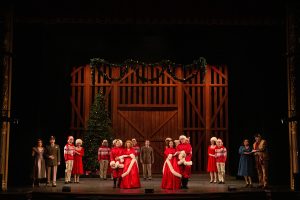 Mark G. Auerbach studied theater at American University and the Yale School of Drama. He has worked for arts organizations nationwide, and reported on the arts for print and broadcast. Mark produces and hosts “ArtsBeat,” “Athenaeum Spotlight” and “On the Mark” for WCPC, Channel 15, and WSKB-FM 89.5. He’s a regular contributor to Pioneer Valley Radio and a member of the Berkshire Theatre Critics Association.