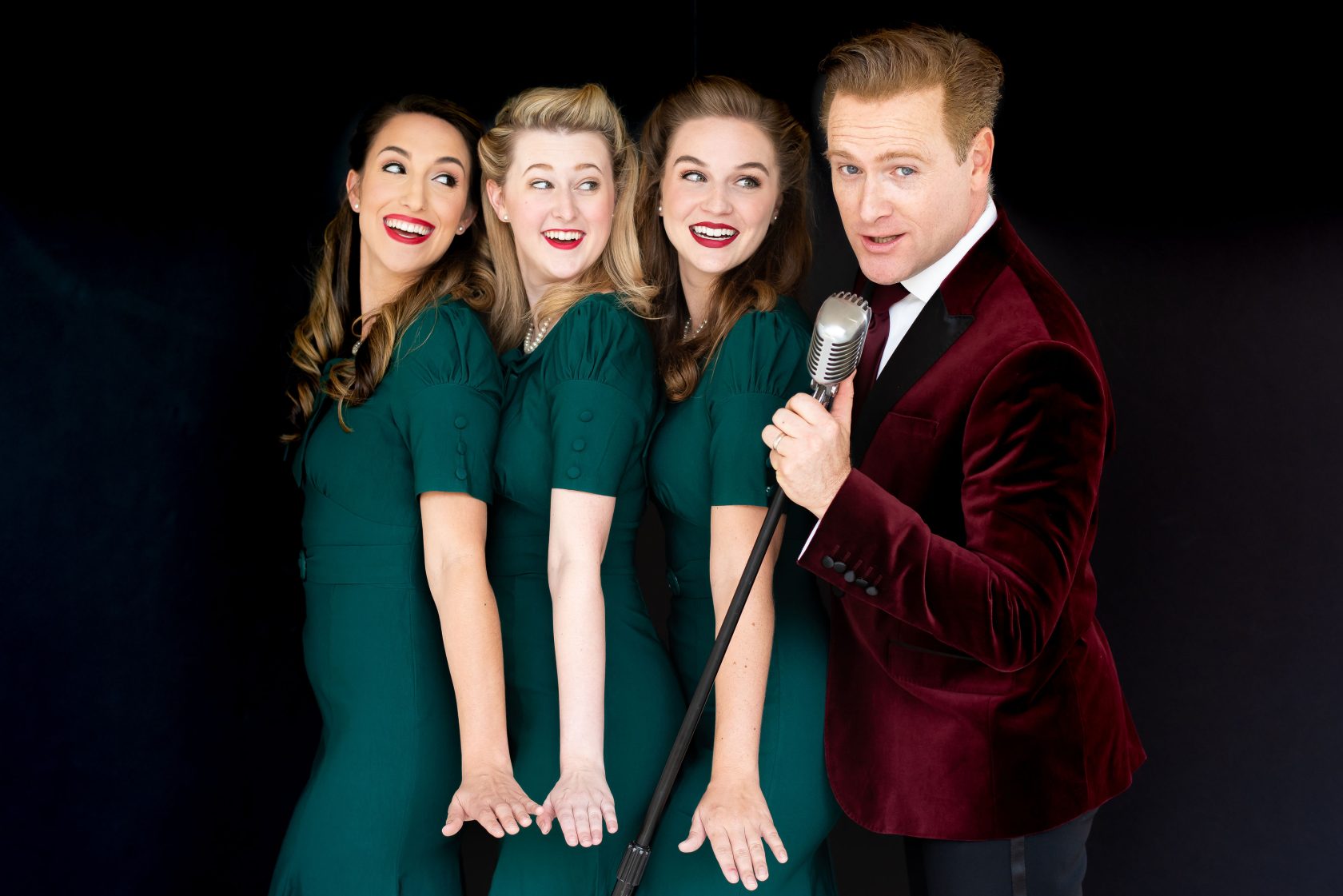 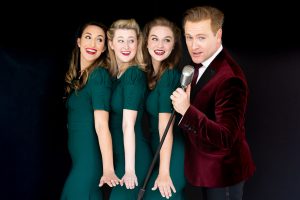 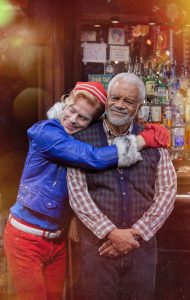 Christmas on the Rocks, TheaterWorks’ twisted holiday tradition, returns to Hartford, with in-person performances Dec. 2-23. Created and directed by Rob Ruggiero, it’s Christmas Eve in a small-town bar, and the children of Christmas stories past are all grown up, totally dysfunctional, and utterly charming. Jennifer Cody makes her TheaterWorks debut in this production, joined by “Christmas on the Rocks” veterans Randy Harrison (“Queer as Folk”) and Ted Lange (“The Love Boat”). For details: www.twhartford.org. 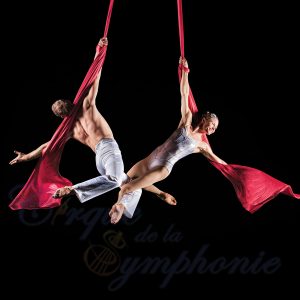 Home for the Holidays, The Majestic Theater’s annual holiday tradition, returns to West Springfield, with performances Dec. 9-22. Reminiscent of the TV variety shows during the golden age of television, when guests dropped by the studios of Perry Como or Andy Williams, this musical showcases some of the region’s finest actors and singers, amongst them Myka Plunkett, Brad Shepard and Lori Efford. For details: majestictheater.com.

Irving Berlin’s White Christmas: The Musical gets a festive production at Pittsfield’s Colonial Theatre, Dec. 2-23, courtesy of Berkshire Theatre Group. Based on the Paramount Pictures film, with script by David Ives and Paul Blake, “White Christmas” features a bevy of Irving Berlin tunes, among them “I Love a Piano,” “Sisters,” “Blue Skies” and the title song. Gregg Edelman directs; Ross Patterson is music director; and Gerry McIntyre is choreographer. For details: www.berkshiretheatregroup.org.

It’s a Wonderful Life: A Live Radio Play, adapted from the movie classic by Joe Landry, and directed by Rachel Alderman and Melia Bensussen, plays Hartford Stage this holiday season, Nov. 26 through Dec. 26. Based on the story “The Greatest Gift” by Philip Van Doren Stern, and film by Frances Goodrich, Albert Hackett, Frank Capra and Jo Swerling, Landry’s adaptation is set during the golden age of radio. Michael Preston, Hartford Stage’s resident “Scrooge” from “A Christmas Carol,” heads the cast. For details: www.hartfordstage.org. 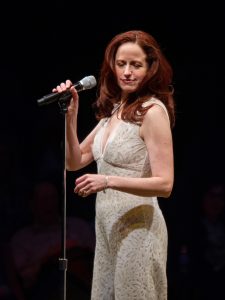 Giving Tuesday is Tuesday, Nov. 30. A day to show your community spirit and support the nonprofit organizations near and dear to your heart. Make your contributions online at your favorite organizations’ websites.