Hershey Felder Presents Live from Florence, Season 2, will be live-streamed by Berkshire Theatre Group. The series will expand beyond its home base in Florence, Italy, with a season of new musical and dramatic stories set and filmed in Paris, Vienna, Venice, Warsaw, central Spain, as well as Florence. The programs include: “Mozart and Figaro in Vienna,” premiering Jan. 9, 2022, about the outrageous collaboration between Wolfgang Amadeus Mozart and Lorenzo da Ponte that created the perfect comic opera, “The Marriage of Figaro”; “The Verdi Fiasco,” premiering March 27, about the disastrous opening night of Verdi’s immortal “La Traviata”; “The Assembly,” premiering May 29, featuring the San Diego School of Creative and Performing Arts and telling the real-life story of Holocaust survivor Eva Libitzky’s visit to diverse urban schools and the shocking events that occurred; “Chopin in Paris,” premiering Aug. 7, adapted from Felder’s critically acclaimed stage play “Monsieur Chopin” about the music and life of Polish pianist-composer Fryderyk Chopin; “The Crazy Widow (of Moses de Leon),” premiering Oct. 16, set in Avila, Spain, and focusing on 13th century Jewish mysticism that is the basis for Kabbalah; and “A Musical Surprise for Holiday Time,” premiering Dec. 18, 2022, the subject of which will be decided by viewers who have purchased season tickets. For details: www.berkshiretheatregroup.org.

A Swingin’ Little Christmas brings Jane Lynch (Broadway-bound as Fanny Brice’s mother in “Funny Girl”) and her partner in song and comedy, Kate Flannery, to The Mahaiwe in Great Barrington on Dec. 10, with Tim Davis and the Tony Guerro Quintet. Lynch, from TV’s “Glee,” “Hollywood Game Night,” and “The Marvelous Mrs. Maisel,” joined forces with Flannery from TV’s “The Office” and “Dancing with the Stars,” for this holiday album, which hit Billboard’s Top 10 Adult Contemporary chart. For details: www.mahaiwe.org. 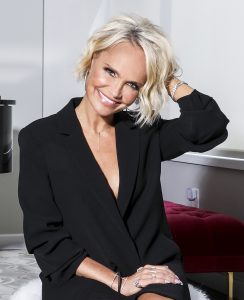 An Evening with Kristin Chenoweth. Broadway’s favorite brings her “For the Girls” concert to UConn’s Jorgensen Center for the Performing Arts on Dec. 11. The Tony and Emmy winner will spin some showtunes and holiday favorites. For details: www.jorgensen.uconn.edu. 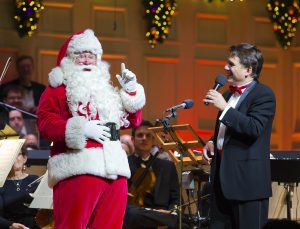 Keith Lockhart and the Boston Pops Esplanade Orchestra take center stage at UConn’s Jorgensen Center for the Performing Arts on Dec. 4 for their annual Holiday Pops concert, full of holiday favorites, a visit from old St. Nick, and another special guest narrator. For details: www.jorgensen.uconn.edu.

MOSSO: the Musicians of the Springfield Symphony Orchestra will present a brass concert on Dec. 14 at St. Mary’s Church in Longmeadow, and an afternoon concert at the Longmeadow Adult Center on Dec. 17. For details: www.springfieldsymphonymusicians.com. 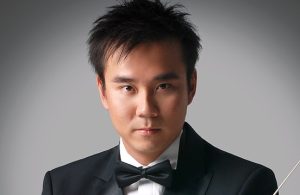