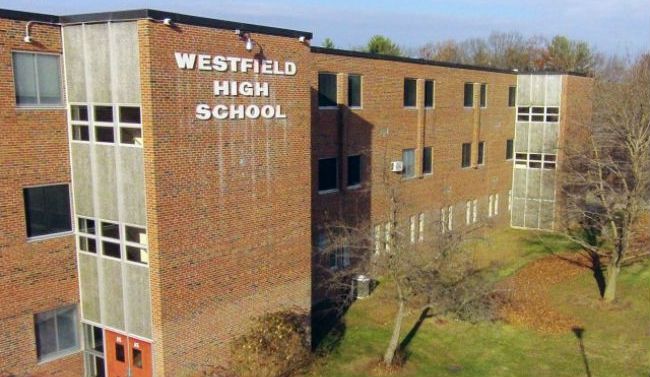 WESTFIELD — Student fights in Westfield schools have become a weekly occurrence, Superintendent Stefan Czaporowski said last week, though he said progress is already being made to curb the in-school aggression.

Czaporowski said that he thinks the increase in school fights, which he characterized as part of a nationwide trend, is the result of the isolation brought on by the COVID-19 pandemic. The lack of socialization, he said, has hindered some students’ ability to regulate their emotions, particularly in the teen and tween ages when students are already dealing with new feelings and expectations.

“It is a recipe for increased aggression,” said Czaporowski.

The violence in Westfield schools has largely taken place at Westfield Middle School and Westfield High School, though the superintendent said that staff are seeing a general increase in aggression in students “at all levels,” including elementary school. He said that it seemed like there was a fight in one of the schools every week, though there have been some periods of relative peace throughout the semester thus far.

The difference between now and this time in 2019 is stark according to Czaporowski.

“Before the pandemic, we hardly had any fights at all,” said Czaporowski, “If we had one a month before, that was a lot.”

The immediate solution was to bring school resource police officers back into the buildings where they are most needed. The officers had been pulled from the schools after staffing shortages made it expensive to compensate for the officers not being on the street. Police Chief Lawrence Valliere said that putting the officers back in the schools is a hit to the department’s finances, but that the safety of the children is of the utmost importance.

“The safety of the students, faculty, and staff has to take priority,” said Valliere.

Czaporowski and Valliere both said that it can’t be the only solution, though the presence of the officers has helped thus far.

“The school resource officers build relationships with our students. They try to help the students grow and try to be involved,” said Czaporowski.

They both said that positive reinforcement and better support systems for emotionally struggling students are needed to get at the root cause of the fights. Valliere said that promoting positive intervention and getting students to reconnect with their peers after the isolation of the pandemic will be key factors in getting the fights to stop.

Czaporowski said that the schools are trying to reward positive behavior and curb negative behavior in students. Westfield Public Schools have also partnered with River Valley Counseling to help provide students with counseling and support services if they otherwise lack access to such services outside of school.