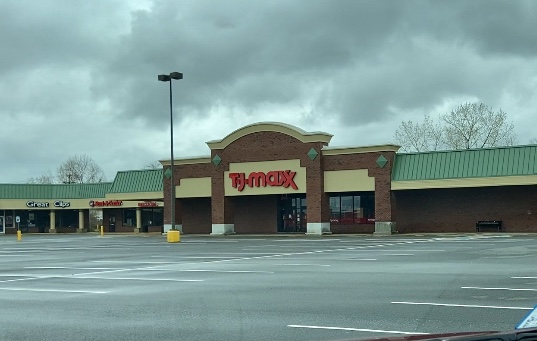 WESTFIELD – Robert Levesque of R. Levesque Associates and applicant Reuben Twersky of Brixmore SPE came before the Planning Board on Aug. 18 for a public hearing seeking a special permit, site plan and stormwater permit for an ALDI supermarket in Westgate Plaza.

According to information on its website, ALDI is one of America’s fastest growing retailers, with nearly 2,000 stores across 36 states, and is on track to become the third-largest grocery retailer by store count by the end of 2022. Ninety percent of its products are ALDI-exclusive brands. 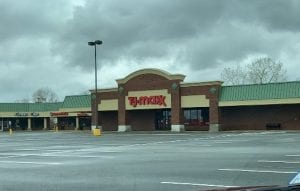 Levesque said the property is owned by Brixmore, and they have been working on a proposed lease agreement with ALDI for a number of years. He said they have a store in West Springfield, and feel that Westfield would be a good market for them.

Levesque said the 19,750 square foot supermarket in Westgate Plaza would be located between TJ Maxx and Taco Bell. The plans include construction of an end cap, reconfiguration of the parking lot in front of the store, and a loading dock. “We do not plan to impact much more of the parking than needed. We’re not looking to do wholesale changes to the property,” Levesque said, adding that there will be minimal disturbance to existing plazas, whose leases will be respected.

Other plans include upgrading drainage within the building and in the back and tying into city water and sewer. All required utilities are on site. Levesque said because the building is located within the 100-year flood plain of the Little River, they will be filing a Notice of Intent with the Conservation Commission.

Much of the questioning by the Planning Board centered around the traffic flow for the 18-wheelers that would be delivering to the market. Currently the plan is to drive around the back of T.J. Maxx and the proposed ALDI to the side of the building, where the tractor trailer would back into a loading dock located to the rear of Taco Bell.

Jane Magarian asked whether the trucks would go through the parking lot of Taco Bell. Levesque said the deliveries would be at off hours, and there would be a temporary disruption when the trucks back into the loading dock. He said that most of the parking in the rear of Taco Bell is underutilized, and the majority of business goes through the drive-through window, which would not be impacted.

“We are not anticipating conflict with delivery times and peak usage of Taco Bell,” Levesque said.

Delivery for the ALDI tractor trailers, which would come out of South Windsor, Conn. would be between 5 p.m. and 5 a.m. A representative said Coca-Cola would also deliver three times a week, and milk three times a week.

Rich Salois said the area in the back of the store would become a two-way street, and it is one truck width. Levesque said it has two-way traffic now, conceding that it is a little narrow behind ALDI, but could be handled with signage almost like a one-way bridge. He said there is an opportunity for a truck turn-around behind T.J. Maxx.

Salois also asked questions about the truck exit. “Getting out of the shopping center is not an easy chore,” he said.

“I do agree, the area is a free for all; I’ve been cut off numerous times. Does get to be a little bit of a mess. My main concern is traffic safety,” said Cheryl Crowe, who was chairman pro temp for the meeting.

An abutter at 10 Mainline Drive called in to say that she was also concerned about the tight space in the back of ALDI’s. “It is very tight for tractor trailers to go around,” she said, adding that she would also be going to the Conservation Commission with concerns about displacement of water in a flood zone.

Levesque and Twersky said they would take a closer look at the truck route on the property for the next meeting, which was continued to Sept. 15. Levesque said they would also address other comments from City Planner Jay Vinskey at that time.